“Nobody knew that presidenting would be so hard,” said Maher, mimicking President Trump 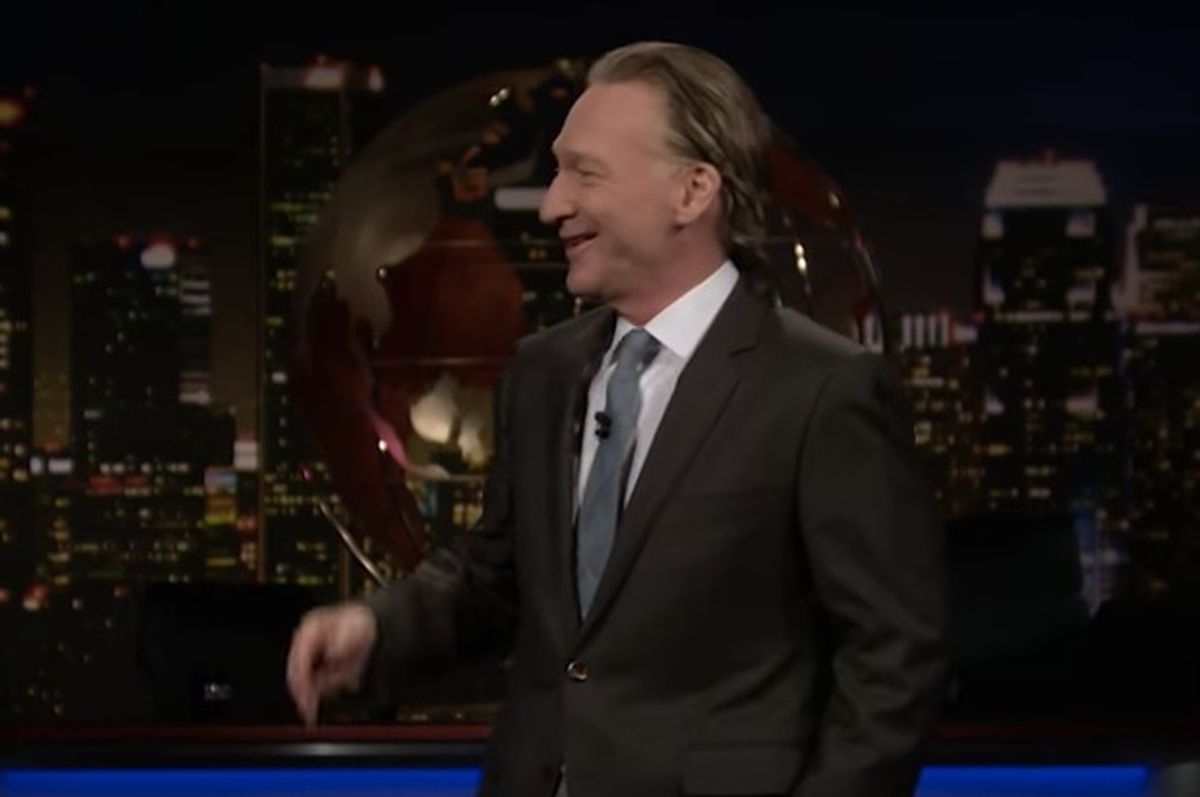 Bill Maher took the stage on Friday night with an opening monologue about President Donald Trump's first 100 days in office, and how it's been rough on everybody. "Give yourselves a hand for surviving Trump's first 100 days," he said to applause. "It's like Lent, if we all gave up reality!"

The “Real Time” host mocked Trump over his complaints about how much work being president actually is, versus what he perhaps imagined. “Nobody knew that presidenting would be so hard,” said Maher, doing a Trump impersonation. “It looked so easy in the movies when Morgan Freeman does it.” He went on to call Trump a “whiny little bitch".

Maher noted Trump's frustrating process of running the country administratively - first insisting that certain legislation or processes are easy to enact, then underestimating the difficulty of doing so, then reverting to the Obama-era policies he campaigned so vigorously against and criticized. “He’s like the Manchurian Candidate, but you don’t even have to hypnotize him!” joked Maher.

Later, on his New Rule segment, he criticized liberals anew, telling them to stop trying to convince Trump voters to be sensible about the president's poor policy choices simply because the facts don't align. None of these supporters care about facts, said Maher.

“Liberals need to stop trying to win over Trump voters with facts,” he insisted. “You’re wasting your breath and you’re going to need it because the air’s not getting any better.”

Maher said that Trump's supporters don't care a whit about how he looks or what he says, and this is apparent in said supporters' insistence that Trump is doing a great job, so far.

“The jury is in,” Maher said. “He looks and acts like a man who’s been painting his face with orange lead for forty years. His people know — they don’t care.” To audience snickers, Maher added, “He could have Anne Frank‘s skeleton in his closet. They’d all vote for him again.”