You heard it there first: From U2 to Talking Heads to Joan Jett, this venerable rock station broke new ground 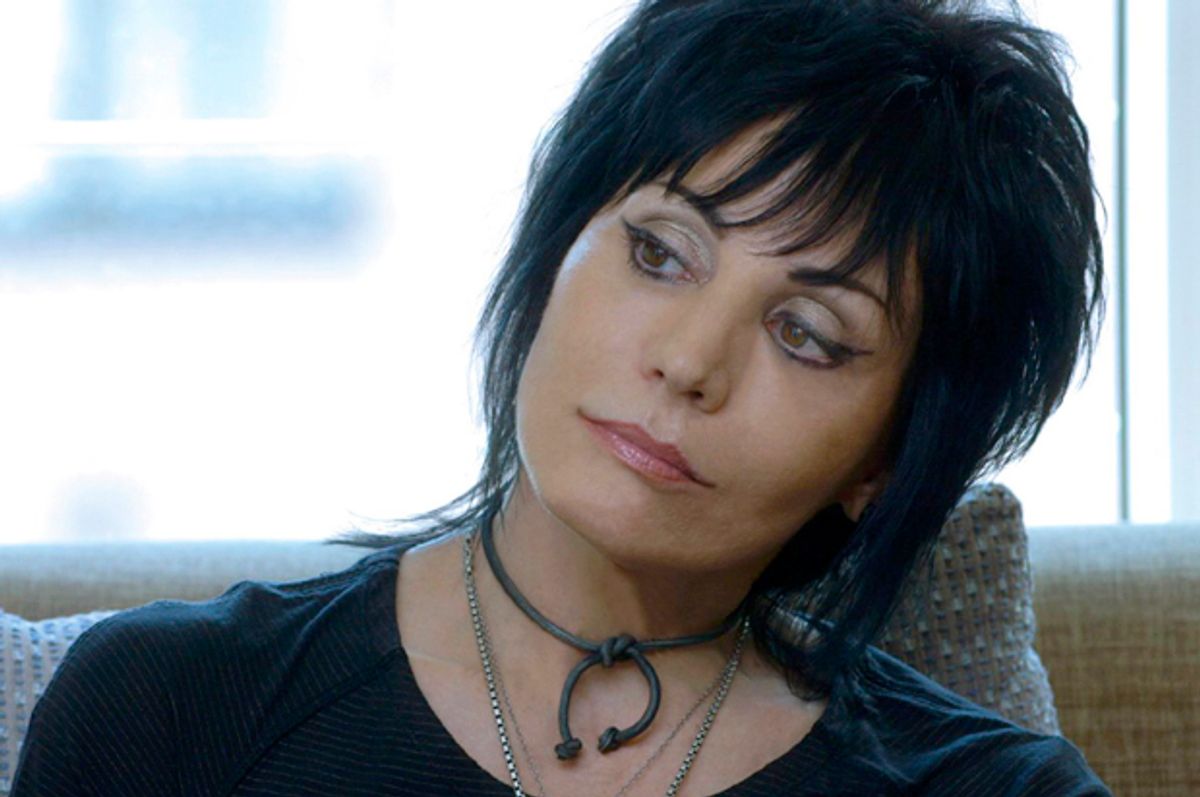 Joan Jett in "Dare To Be Different" (Tribeca Film Festival)
--

“They say nothing lasts forever,” sang A Flock of Seagulls lead singer Mike Score during a live set after Thursday night’s Tribeca Film Festival premiere screening of the documentary "Dare to be Different," about WLIR, the hardscrabble Long Island radio station that launched legions of bands during its brief, bright life as the self-proclaimed “new music station” in the 1980s. Indeed, Score’s so-’80s hairdo (a bizarre front-comb-over with Wolverine corners) has long since been replaced by a bald dome.

Different documentaries play to different audiences, and "Dare to be Different" is definitely geared for the Generation X music listener who was fond of asymmetrical haircuts and pined for or emulated Molly Ringwald.

“It was a lot easier to be optimistic,” The English Beat’s Dave Wakeling, who played a solo set, said of his youth. Bullishness had been replaced by seasoned pride. LIR is the station, after all, that anointed groups like U2, the Talking Heads, Blondie, the Ramones, the B-52’s and English New Wave groups such as Duran Duran, Depeche Mode, The Cure, The Smiths, New Order, Simple Minds, Billy Idol and Tears for Fears. Some even claim LIR was the first station to play that material girl, Madonna.

A smoke machine, self-regard and tortured emotions — a brew perfected by many of the bands championed by LIR — mixed with nostalgia Thursday night. The audience was dominated by New Yorkers, many of whom hailed from Long Island and Queens, where the radio signal was strongest (it was difficult to get it in most parts of Manhattan), with long memories.

As a girl growing up in Long Island, the film’s director Ellen Goldfarb was a rabid fan of WLIR, listening to it constantly, even making a pile of 90-minute tapes so that when she went away to college she could continue to listen to her favorite DJs, music, and even the ads in between. When she was older, as a mother and dietitian, she noticed on social media that there were tribute sites on Facebook and elsewhere reflecting a strong nostalgic following that hadn’t died out. “I thought, ‘Is there a story here?’” Goldfarb recalls.

In 2010, she contacted one of the fan sites and was able to get through to LIR program director Denis McNamara, who Goldfarb refers to as, “the pioneer. He was the Christopher Columbus,” she says. “WLIR was playing classic rock and he’d sneak in the B-52s and the Ramones, bands that maybe were getting played on college stations but not many.”

WLIR owner Elton Spitzer had given McNamara the freedom to play what he wanted to play, which is unheard of today. In fact, in 1982, the station was in financial crisis and it was McNamara who came up with the idea of not playing Springsteen and the Eagles, and instead going with an entirely new format.

McNamara remembers pitching the new format to the advertising “straights” and “suits,” who didn’t get it. But the youngest guy in the room said, “Let me get this right. You’re not going to play the Stones? And you’re going to play the Clash instead?” McNamara answered in the affirmative. “It’s going to be huge,” the young executive said.

As it turned out, that young man was the son of the boss of the ad company, and LIR was on its way to creating whole new sound. If McNamara had to name the two songs that best personify the identity of LIR, he refers to Elvis Costello’s “What’s So Funny about Peace, Love and Understanding” and The Ramones’ “I Want to be Sedated.”

Music director and fellow DJ Larry Dunn, otherwise known as Larry the Duck, liked to say that LIR stood for “low income radio,” but he felt rewarded by being on the edge of a music scene. Coming upon a record like “Pump Up the Volume” by British dance group M|A|R|R|S was one of Dunn’s many discoveries.

“I think Spotify was a logical way for the business to go,” McNamara says of today’s music scene. “Radio has become a sea of commercials. People have so many choices now. But I think there’s so much great fucking music out there that is being overlooked because there aren’t curators championing the best bands.”

Given time to reflect on the accomplishments of LIR because of the documentary, McNamara says, “I have to admit when we went off the air I didn’t think we were successful. It’s only been after, when I keep hearing from people how much our station influenced them, whether it’s fans or people in the business.”

McNamara was certainly the star of the night, performing duties as emcee for the bands, which also included a particularly tight set by The Alarm.

The curious experience of watching "Dare to be Different," an excellent time capsule to a vivid, creative era, at least for this former LIR devotee, was that for each satisfying interview — Billy Idol, Jim Kerr from Simple Minds, Joan Jett, Vince Clark (Depeche Mode, Yaz, Erasure) — you become equally aware of the ones that are missing. Why didn’t Bono step up? Could Morrissey have made the time? Was Robert Smith too busy?

But the effect doesn’t really diminish the experience as much it does reinforce the underdog nature of the radio station itself. WLIR’s new format only lasted from 1982 to 1987, when the station lost its FCC license, but its impact was enormous on individual listeners as well as on the culture.

“You can shut it down but you can never silence the spirit,” The Alarm’s Mike Peters said to the crowd, before segueing into a spirited rendition of the 1983 hit “68 Guns,” which features a lyric that dominated the evening; “Forever young, I cannot stay.”