Teachers shouldn't avoid controversial topics, including our president. But we can't present opinion as fact 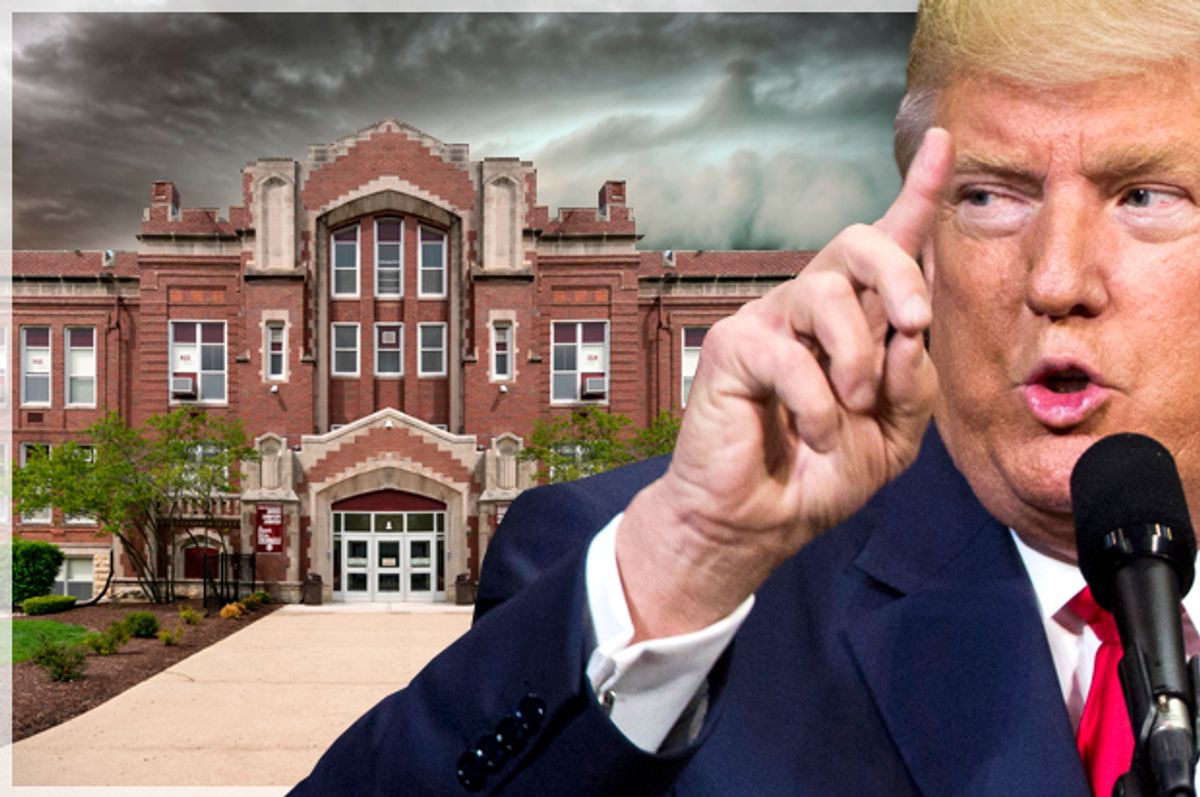 In 1951, Sen. Hubert H. Humphrey warned public school teachers against discussing "controversial issues" that weren't controversial at all. “I know from my own teaching experience how much heat is expended in classrooms when the debate rages over a fact as if its existence were a matter of opinion,” wrote Humphrey, a former political science professor and future vice president.

At the same time, Humphrey acknowledged that teachers often faced pressure from local citizens "who prefer that only ‘truths’ be taught — which they define as beliefs approved by them.” So teachers also had to resist the impulse to present opinions — either the community’s or their own — as unquestioned facts. And most of all, they had to teach students how to distinguish between the two.

That’s always been easier said than done. But it’s probably never been harder than it is in the era of “fake news,” when lies can encircle the globe with a single click of a mouse. Hillary Clinton ran a child prostitution ring out of a Washington pizzeria. Barack Obama signed an executive order banning the Pledge of Allegiance in schools. And so on.

Then there are the falsehoods perpetuated by our fact-challenged commander in chief, Donald J. Trump, who launched his political career by claiming that Obama wasn’t born in the United States. Other presidents have twisted the truth, of course. But Trump has taken that to a whole other level, blithely misrepresenting facts with head-spinning frequency.

One of the things Trump misrepresents is fake news itself, using the term to dismiss any report he doesn’t like. So we need to teach our students how to identify wholly false news stories by their tell-tale signs: obscure URLs, unknown authors and so on.

Thankfully, many of our teachers are doing precisely that. But others are undermining that effort by teaching opinions about Donald Trump as if they were facts. That only contributes to the same cynicism and confusion that Trump himself has done so much to sow.

Witness the San Francisco teachers' union syllabus for teaching about Trump, which was distributed to more than 6,000 teachers after his victory last November. “Let us please not sidestep the fact that a racist and sexist man has become the president of our country by pandering to a huge racist and sexist base,” the lesson plan’s introduction declares.

But that’s an opinion, not a fact. Do many people view Trump as racist and sexist? You bet. Yet that’s very different from telling students, in a classroom context, that he is racist and sexist. The teacher’s job is to get students to evaluate that belief, not to pretend that all right-thinking people believe it.

Ditto for the idea that Trump was elected by appealing to racist and sexist voters. There’s certainly evidence for that, and students should hear it. But they should also be told that thousands of allegedly racist Trump supporters cast their ballots in prior elections for Obama, our only African-American president.

Other teachers insist that Trump represents a threat to the psychological health of their students, especially to children who feel endangered by his immigration orders. To keep students “safe,” the argument goes, teachers need to rebuke Donald Trump and his supposedly racist policies.

Let’s leave aside the question of how safe pro-Trump students might feel when teachers deride them as racists. Once you start tailoring your lessons to the imagined psychological safety of your students, real conversation gets constrained. And in the end, it’s the students who suffer.

In the wake of the Ferguson, Missouri, riots of 2014, for example, several nearby school districts instructed their teachers not to discuss the police shooting of Michael Brown or the ensuing protests. The reason? The subject threatened students’ psychological health. In Riverview Gardens, the school district where Brown was killed, teachers were told to address the episode only if students brought it up. And if the students became “emotional about the situation,” they were to be referred to school counselors and social workers.

But students wanted to explore these issues with their teachers and peers, not with mental health professionals. At another area high school, where teachers cut off classroom discussion for fear of provoking negative feelings, one African-American student complained that young people “don’t have a chance to talk about race and policing with others who may not share their views.”

The biggest danger to our students right now isn’t the psychological threat of Donald Trump. It’s the erosion of facts, fed by teachers who present their views of him as the gospel truth. Trump has done more than any other American to erode our faith in authentic knowledge and information. Pretending that our opinions about him are undisputed facts will only make it worse.