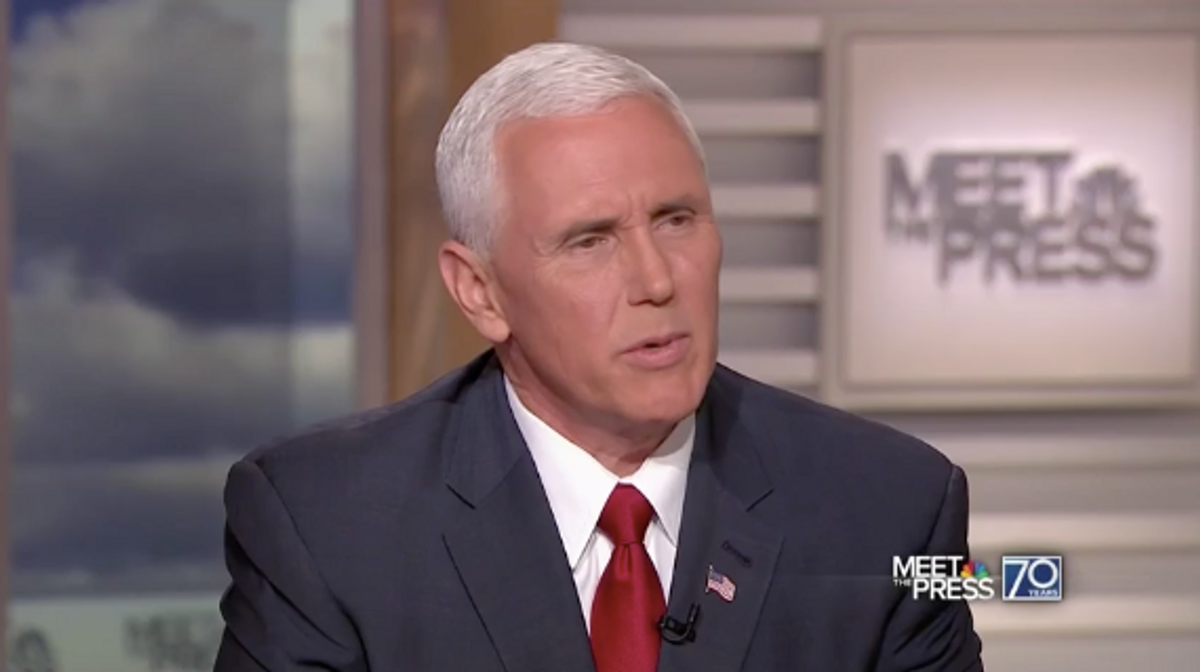 In an interview on NBC's "Meet the Press" host Chuck Todd asked Pence, "If this tax reform plan increases the deficit will the president still sign it?" Pence tried to dodge the question, and talked about how the economy is moving slowly and that Trump is slashing taxes.

Todd continued to press the vice president. "I understand that, how are you going to pay for it? It is going to increase the- everything you outlined will increase deficit. Period. How do you prevent that?"

"Maybe in the short term," Pence eventually conceded. Then adding, "if we don't get this economy [growing] at 3 percent or more as the president believes that we can, we are never going to meet the obligations that we've made today."

Trump unveiled a single page outline for his tax plan last week that critics point out could make the president even richer. Economists have predicted that "implementing all of the changes could increase the deficit by trillions of dollars," according to NBC.

"The President has a growth vision for the American economy that begins with allowing the American people to keep more of what they earn."The president has proposed one of the largest tax cuts in American history," Pence told Todd. Last year Trump insisted that he would eradicate the nation's more than $19 trillion debt "over a period of eight years."

But Trump's massive tax cuts are not guaranteed to put more money in the hands of the average American. Treasury Secretary Steven Mnuchin couldn't guarantee that that the middle-class would receive a tax cut.

"I can't make any guarantees until this thing is done and it’s on the president's desk. But I can tell you, that’s our number one objective in this," Mnuchin said in an interview with ABC's George Stephanopoulos.