Yes, black people do tip — even when we shouldn't have to

If you're dining out while black, you can't leave less than 20 percent, no matter how terrible the service is 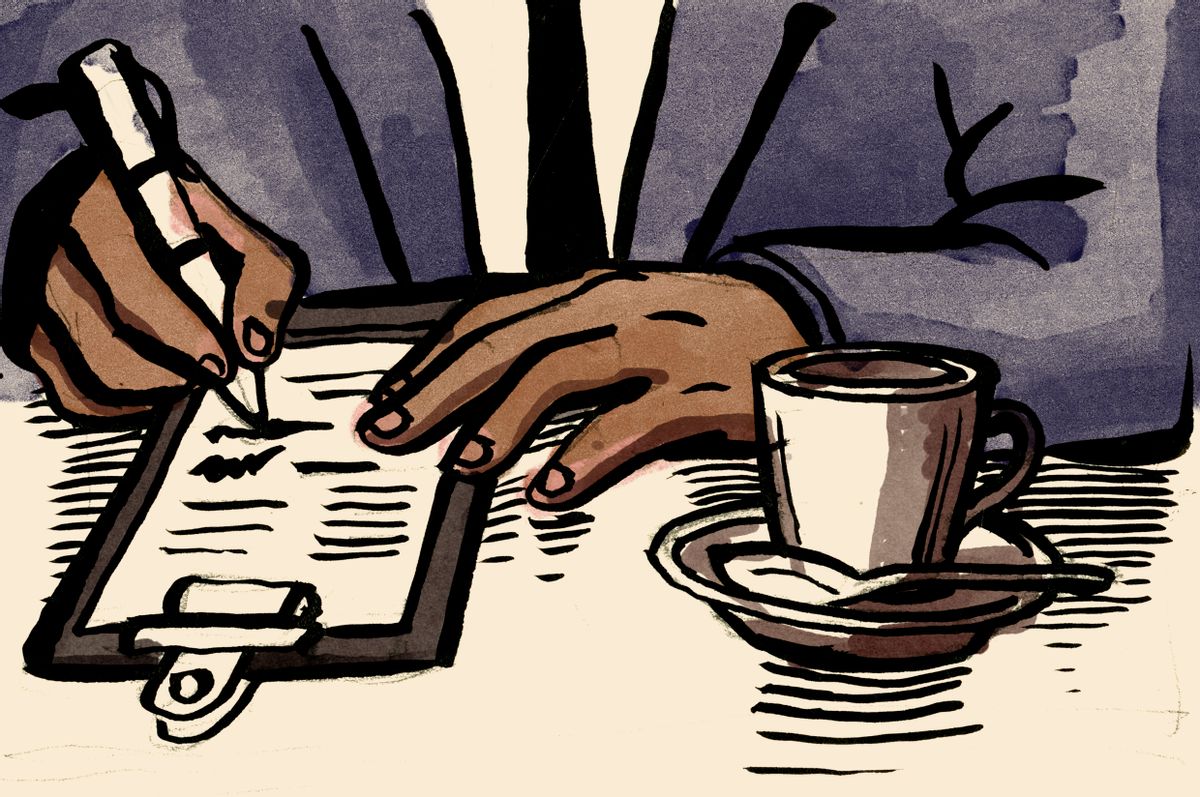 The slim white guy thrice my height with stick legs, baby shoulders and huge pale hands passed me a check.

“I hope you enjoyed everything!” he said with a half smirk. “I’ll be right back to get this!”

As I tried to tell him that I wasn’t finished, he sped off to the other side of the restaurant — I guess to dive back into conversation with the rest of his co-workers. See, the spot was empty; it was just me, the staff and one dude stuck to his iPhone, nursing a glass of water.

My bill should’ve been around $20, but the check said $38 plus $6.84 ("included gratuity"). The waiter had charged me for a drink that I never received. I told him that I didn’t want it anymore and he had agreed to remove the charge, but mistakenly had left it on the tab and then took the liberty of adding 18 percent for himself.

“Hey, is this ready?” he said, reaching for the check. I snatched it off the table, pulling it close to me.

“Can you sit down for a second?” I asked.

“Is there a problem, sir? I shouldn’t be sitting; I’m working,” he said.

I locked eyes with him and surveyed the empty establishment. His eyes followed mine, and he nonverbally acknowledged that being at work doesn’t always mean working.

Dude pulled up a chair: “How can I help you?”

I explained to him that he had put me in a really tricky situation. For starters, he had charged me for a drink that I never received, and I would be more understanding if the restaurant had been crowded but it wasn’t. Then I told him that I thought adding a gratuity to the check for a party of one is illegal, and I showed him the part of the menu that states a gratuity may be added to parties of six or more.

“I can take these charges off, sir. My apologies,” he pleaded, jumping up as if he were shocked to see those numbers on the bill.

“You will take them off,” I instructed. “But sit down. That’s not my real problem.”

I told him that he had put me into a sticky predicament. I believe in paying for great service. I’m a tipper — normally 20 percent for average to low-quality service, but I'm a 30 percent to 40 percent guy for excellent service.

“You are the possibly the worst server I've ever had in my life," I said. "The food was cold. You never checked on me. You put my order in wrong. And the restaurant is empty! How can you serve cold food in an empty restaurant?”

“I feel horrible!" he said. "It’s totally my fault. Let me just get you some more food!”

“No, I’m never eating here again. My dilemma has nothing to do with me hating the cold food or your doing a horrible job,” I said, patting him on the shoulder. "The dilemma is that I still have to tip you because I’m black.”

His laugh spilled out, loud enough for other servers to notice. “I’m not a racist. I treat everyone the same!”

“Of course you aren’t racist. No one really is!” I said, joining him in laughter.

“I’m really not a racist. My best friend is black!”

I told him that was a trick question: No black person has a favorite band, and if one did, I didn't think it would be Radiohead.

My larger point was that "black people don't tip" is a pervasive stereotype that floats around restaurants and we often automatically get bad service because of it. So I had to tip this guy even though I hated the service and the food. If I didn’t, I would be perpetuating the stereotype.

“No, this is much bigger than you and me, young man. This is for African-Americans everywhere. Plus, you're a good sport; you heard me out. So let's just negotiate this. Say, 7 percent?”

He told me that I had caught a good server on a bad day, apologized again and said his recommendation was zero. I shook his hand and tipped 15 percent anyway before I left.

I didn’t grow up in restaurant culture — as a patron or a worker — so I didn’t understand how tipping and server wages worked when I started eating at a bunch of restaurants in high school. One day a server chased me to my car and asked, “What did I do wrong? I did everything right! Why didn’t you tip? You know we make $3 an hour, right?”

And I didn’t know that. The two-minute conversation with that frantic server changed my perspective and introduced me to tipping culture. So I didn't mind looking out for the guy, even though the food sucked more than his service. I did my job by not adding to the stereotype.