"A beer in one hand and the gun in the other": San Diego shooter was "relaxed" before opening fire on pool party 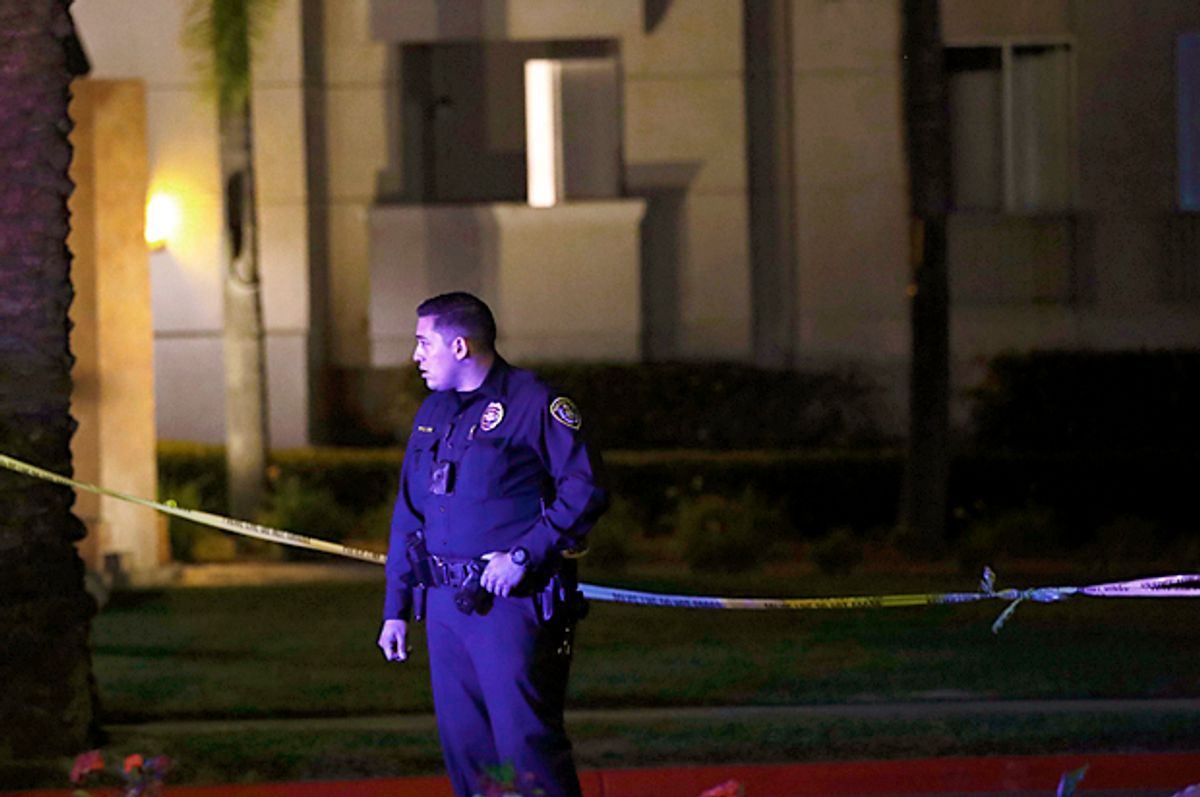 In the midst of a birthday pool party at a San Diego apartment complex a man who was described as looking "relaxed" opened fire killing one woman and injuring seven others, according to KNSD-TV.

“From the clubhouse, there’s a view of the pool area where we could see the shooter sitting there with a beer in one hand and the gun in the other. He looked pretty relaxed,” a witness told KNSD-TV.

The shooter has since been identified as Peter Selis. Witnesses said the party was to celebrate a resident's 50th birthday, when Selis walked in and was greeted by a man who invited him to party with them and Selis pulled out a gun from under his shirt and shot the man in the stomach. He then used the rest of his ammunition on the other partygoers as they tried to flee.

After a police helicopter described the perpetrator as attempting to reload, three officers shot and killed Selis after he pointed his gun at them.

"Lots of screaming, lots of people screaming," witness and resident Laurne Seed told KNSD-TV. “From the screams, you could hear that somebody or multiple people were hit,” Seed added.

Selis is a white male, and were four African-American females, two African-American males, one Hispanic male, and an African American-male who broke his arm while he was fleeing, according to Heavy. No motive has been determined at this point.

Selis, a service technician at a Ford car dealership, appeared to have had financial issues including a "mountain of credit card debt," and that he also filed for bankruptcy in 2009 and had a series of marriages, according to Heavy.

San Diego court records show a legal separation with minor children in the marriage of Peter Selis and his wife, Michelle Selis, that dates to 2008. There is a 2013 wedding registry at Macy’s for Peter Selis and a woman named Patricia Martinez. Her Facebook page does not carry any mention of him, however. Peter Selis’ own Facebook page appears to have been deleted.

A 2015 Chapter 13 bankruptcy filing exists in the name of Peter Raymond Selis and lists as a joint debtor, his spouse, Patricia Martinez. The filing listed assets of $14,100 and liabilities of $108,028.