What can you even say? The profound political illiteracy of roughly half our electorate brought us to this 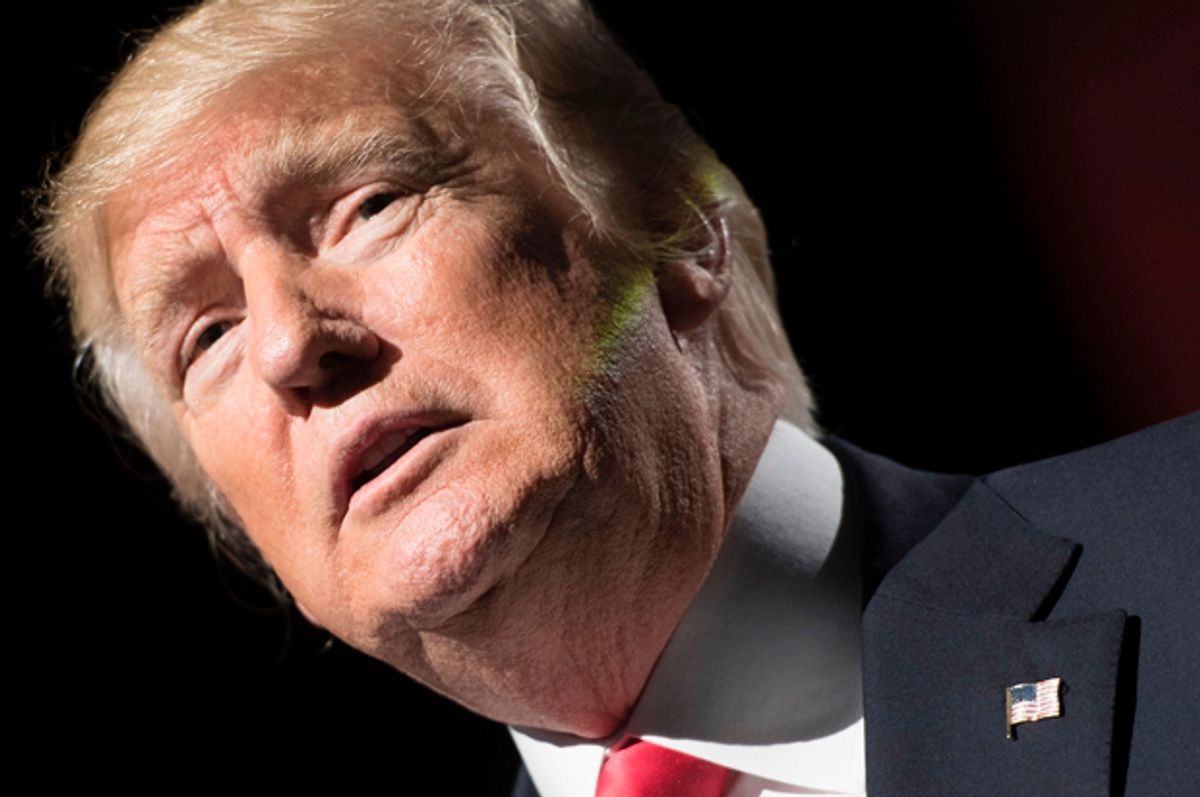 Carlin’s view of our “garbage in, garbage out” electoral system couldn’t have been illustrated with more obvious accuracy than with the election of Donald Trump as president. In just about every way, Trump's win is a direct reflection of the cynical, superficial, nearsighted mentality of too many 2016 voters who thought it’d be more appropriate to elect a berserker president as a “fuck you” to the left than to consider what kind of irreparable damage might occur by electing an incompetent reality-show stooge and tabloid New York socialite as leader of the free world.

Instead, Trump based his assumptions on a narrow, uninformed pop-culture view of what it means to be president. He never fully grasped that the presidency isn’t a retirement option or a TV-host gig. It’s real work requiring almost inhuman discipline as well as a near-comprehensive understanding of the realities of American politics. Granted, no one’s ever fully prepared to be president directly out of the box, but most candidates with serious aspirations are at least aware of the fact that it’s one of the most challenging and sobering occupations on the planet, requiring a deadly serious attitude and sacrifices we can barely begin to list here.

That said, Donald Trump couldn’t have reached this point without the support of 62 million voters who seemed to also believe that anyone can do the job — even a guy whose words and deeds were and have always been unserious. In the years following the Watergate scandal and the demystification of the presidency, too many voters have become convinced that anyone can be president as long as they pretend to be folksy. The political ascension of George W. Bush and Sarah Palin further softened the ground for the ultimate dumbing down of GOP voters.

Likewise, Trump’s supporters watched him for 12 years on “The Apprentice,” pretending to be engaged, pretending to be authoritative, pretending to fire people, not knowing that reality shows are mostly scripted and staged. During the endless campaign season, they watched as he showed off his best (and most meaningless) pitchman adjectives, backed with narcissistic bluster. They assumed he could easily handle the rigors of the job because, hey, how difficult could it really be? They falsely assumed that if that black guy from Kenya could do it, Donald Trump would knock it out of the park, right?

If anything, Trump’s crazy train of loyalists picked up more passengers as his public statements and scandals grew worse and worse. Why? Possibly because they simply didn’t recognize, unlike the rest of us, Republicans and Democrats alike, that those scandals, during the campaign or following the election, were disqualifying events,.

Tom Nichols, a Naval War College professor, is the author of a poignant new book, “The Death of Expertise: The Campaign Against Established Knowledge and Why It Matters.” Nichols dissected the current dominance of social media and with it the rise of a phenomenon in which nonexperts believe they’re experts in everything, while refusing to accept the word of actual experts. There couldn’t be a volume better suited for the Age of Trump, when disinformation, whether domestic or foreign in origin, is so heavily dragging the discourse away from facts and reality.

In a recap of Trump’s first 100 days, Nichols also published an article for USA Today in which he observed that Trump’s voters aren’t bothered by his incompetence because they don’t possess enough of a basic understanding of politics to recognize why his presidency is such a calamity.

“It is a matter of political literacy,” Nichols wrote. “The fact of the matter is that too many Trump supporters do not hold the president responsible for his mistakes or erratic behavior because they are incapable of recognizing them as mistakes. They lack the foundational knowledge and basic political engagement required to know the difference between facts and errors, or even between truth and lies.”

It shouldn’t require a higher education in American government to be an informed voter. But when voters begin experimenting with the presidency, as is the case with an untested, inexperienced celebrity like Trump, it’s obvious they lack the basic vocabulary to understand why this experiment will surely fail. Worse, this political illiteracy prevents voters from having a clear understanding of what could happen if an erratic cartoon supervillain becomes president. In other words, Trumpers failed to grasp the catastrophic consequences of their ill-conceived experiment. Then again, who can blame them when the conservative entertainment complex and the entire Republican Party — along with, yes, Russian intelligence operatives — helped to confirm their biases?

Elsewhere, the cable news media has been actively scolding anyone who condescends to Trump voters for their uninformed, knee-jerk decisions. OK, we don't have to be jerks about it, but we can’t reinforce this lack of political literacy by allowing it to become normalized or widely accepted. When American citizens make stupid, existentially flawed decisions, they should be corrected. We can't wait for a thousand horrible things to collapse on our heads so Trumpers will finally see the light. Nichols wrote in his USA Today piece, “Even so, the unwillingness of so many of [Trump's] supporters to hold him to even a minimal standard of accountability means that a certain amount of condescension from the rest of us is unavoidable.” Exactly.

“Selfish, ignorant voters,” as Carlin said, have burdened us with a phenomenally unstable and disorganized administration that’s ignoring the delicate nature of international diplomacy and is therefore on the verge of precipitating wars with at least two nations, North Korea and Syria, if not more. One of those wars might include nuclear weapons.

We’re already engaged in a cyberwar against Russia, with more than a few members of the administration linked to Vladimir Putin, including the secretary of state and the secretary of commerce. If Trumpers genuinely understood how dangerous these events were, the president’s approval ratings would be several orders of magnitude lower than they are already. If they understood that Trump’s so-far failed attempt to repeal the Affordable Care Act would have stripped millions of Trump voters of their insurance, he might already have been impeached.

Nichols concluded by correcting The Washington Post’s new motto, “Democracy dies in darkness,” with a more appropriate suggestion: “American democracy will die in dumbness.” If there’s a silver lining to the current Trump crisis — and that's a big "if" — this is it: We can’t ever again experiment this recklessly with our votes, especially our presidential choices. When the other shoe drops, we’re all going to learn a painful lesson about the fragility of our democracy.