Ghosts in the machines: Is there digital life after death?

Social networking content is valuable to researchers, but there’s no guarantee it’s being preserved adequately 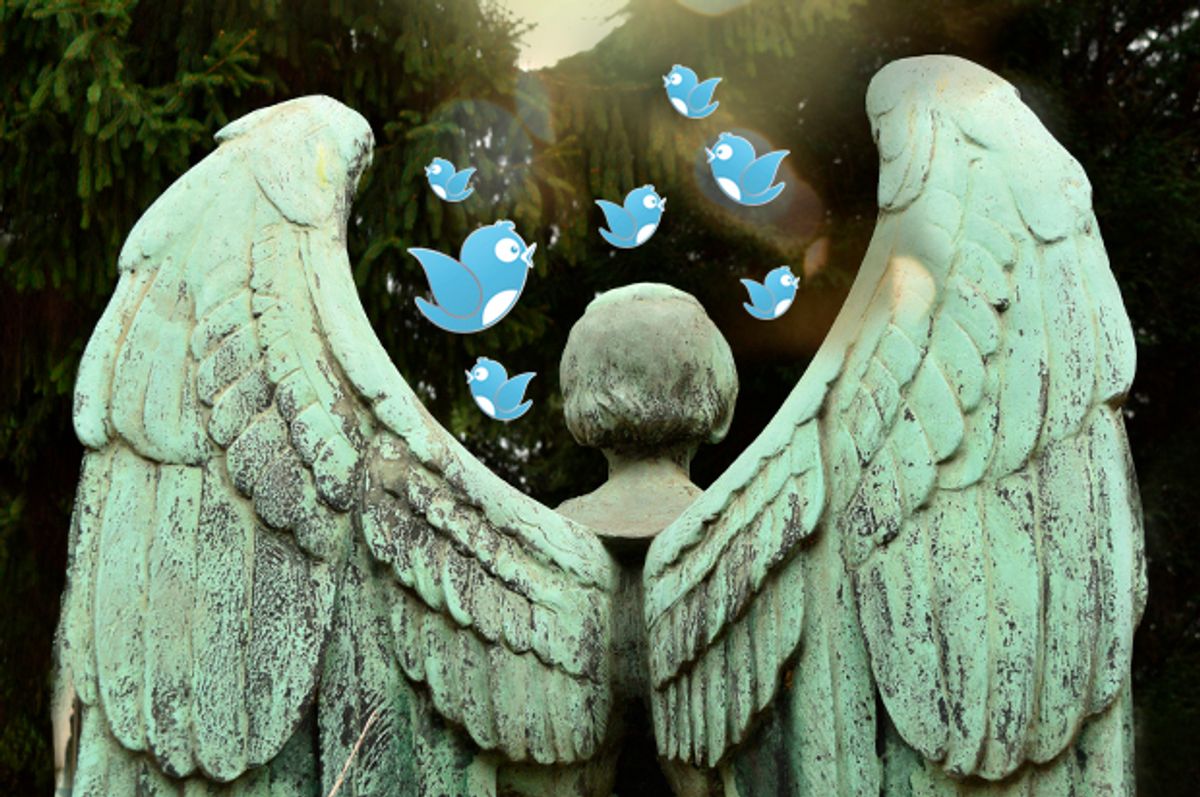 What happens to people after they die is one of humanity's oldest and most debated questions. Today we can ask the same about our digital lives. Long after everyone who is alive today is gone, their Facebook profiles, Instagram feeds, emails and tweets will live on, in data centers and on servers distributed across the globe.

Preserving this content will be important to future historians, social scientists, cultural anthropologists and anyone else studying how humans lived in the past, but currently there’s no formal way to archive an individual's online presence.

“All the memories of generations preserved forever will offer a lot of information about a certain historical period — like a user-generated oral history, but more powerful,” Marius Ursache told Salon in an email.

Ursache is CEO and founder of Eterni.me, a startup that offers a way for you to digitally reconstruct an artificially intelligent chatbot avatar of yourself that would continue to interact with others long after you’re gone. The company is still testing its complicated set of algorithms, but the underlying premise is that with enough information about a person — including social media posts, mobile phone data, saved emails and chat logs — a computer can create a digital approximation of who you are, or were.

Eterni.me offers a unique service for individuals who want to outlive themselves online, but it also underscores a larger problem of how to future-proof social-media content. Startups come and go. Facebook may seem like a media behemoth today, but 200 years from now? Who knows? But what’s certain is that the user-generated content that tech companies are sucking up could be valuable to scholars long after its value as a revenue generator has peaked.

“These platforms are now utterly central to public and private communication, and provide a massive treasure trove that documents the real-time experiences of hundreds of millions of users around the world,” Axel Bruns, a professor and digital media researcher at Queensland University of Technology in Brisbane, Australia, told Salon by email.

Bruns said the problem of preserving this content is only going to worsen until a solution is found. One example Bruns cited happened after the 2012 U.S. presidential race ended. Republican candidate Mitt Romney disabled his mi.tt vanity link shortener (software that converts long web addresses into short ones). This has made it impossible to review links that the Romney team had been sharing during his failed bid for the White House. A similar issue is happening now, when President Donald Trump deletes his tweets, including ones from the official presidential Twitter account, in possible violation of the Presidential Records Act.

Some organizations are making efforts to preserve online content, such as those by the popular nonprofit Internet Archive, a group that harvests and preserves web pages. But the archiving process is not comprehensive and much of the content, such as embedded images and charts and links to YouTube clips, is lost without being preserved. In 2010 Twitter gave the Library of Congress access to all its user-generated content, but the governmental research library has since struggled with how to compile, process or filter a countless stream of tweets. Most efforts to preserve online content focus on what’s public and more easily collected. Archiving private information, such as Facebook profiles that aren’t public, is much more problematic.

Another problem is that implementing any procedure to preserve online social media content would face stern political and commercial pushback. User-generated content is how social networking services and content hosting providers make their money, and so that data is closely held or sold to third parties.

Despite the challenges, digital media researchers say something needs to be worked out.

“We cannot simply rely on the platform operators to look after these archives,” Bruns said. “There should be a much more direct engagement between the platform providers and the research community to think through the future structure, setup and access frameworks for long-term social media archives.”

Without a framework, much of this global digital trove of information may eventually be lost to technological changes. If that happens, future researchers would certainly be spared the task of sifting through a huge volume of inane thoughts, opinionated screeds, confusing memes and boring photos of cats, babies and food. But they’ll also lose valuable insight about the lives of people living in the early years of the digital age.