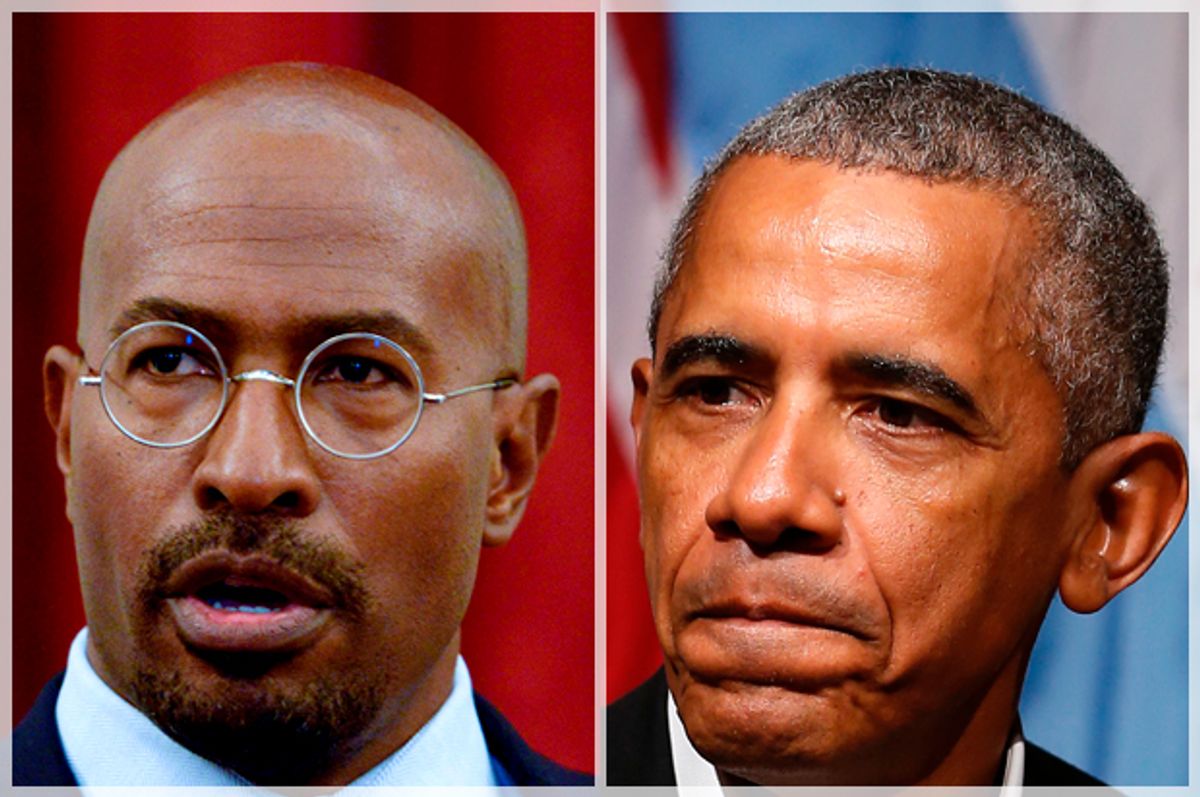 Barack Obama will earn $400,000 for a speech he is scheduled to give in September at a health care conference produced by a Wall Street investment firm, and people have opinions about it.

"I hope [Obama] will do a tour — go to Appalachia, go to Native American reservations where they’re shoving these pipelines down their throats and they don’t even have clean, running water," author and commentator Van Jones said on CNN yesterday. "Go to South Central; go to the Arizona border where you have a lot of poverty.”

Why does everybody want to count the Obamas' money? Can they live? Every president and first lady gets to leave office and be overpaid for the speeches they give to people with too much money.

“If he would do a poverty tour first — from a moral point of view, it would be great for him to do,” Jones added.

I’m pretty sure that Barack Obama knows what poverty looks like. What is a poverty tour, anyway? Should Obama hone his rap skills, dress up in a leather suit, charter a private jet and swing from ghetto to ghetto, from reservation to reservation, before doing a huge closeout set in Appalachia?

Maybe Obama can bring Kendrick Lamar out in Compton, T.I. and Jeezy when he hits Bankhead in Atlanta, and Young M.A. can scream "Ohhhhhhhhh-bama!" when he hits Brooklyn. Dwight Yoakam and Dolly Parton can hold down the opening acts when he hits the mountains. The whole world will benefit from Obama seeing and exploiting the pain of the residents of these areas.

Didn’t Tavis Smiley do a poverty tour? Any positive results from that?

A poverty tour is not the answer. Instead Obama should spend his time making all of the money that any other president would make. I’d rather he get it than one of those goofy people who think Darren Wilson and George Zimmerman aren’t murderers. If Jones cares about poverty — I have heard CNN pays well — maybe he can donate his salary and the money he makes from speaking gigs to the poor? I know some people who could use it.

Here’s a thought: Instead of taking selfies with the little Trumps, maybe Jones should be using his celebrity status to influence the current president. Obama doesn’t have the job anymore.