Many people attribute racism as embedded in Boston's identity, it's dishonest to call this incident unexpected 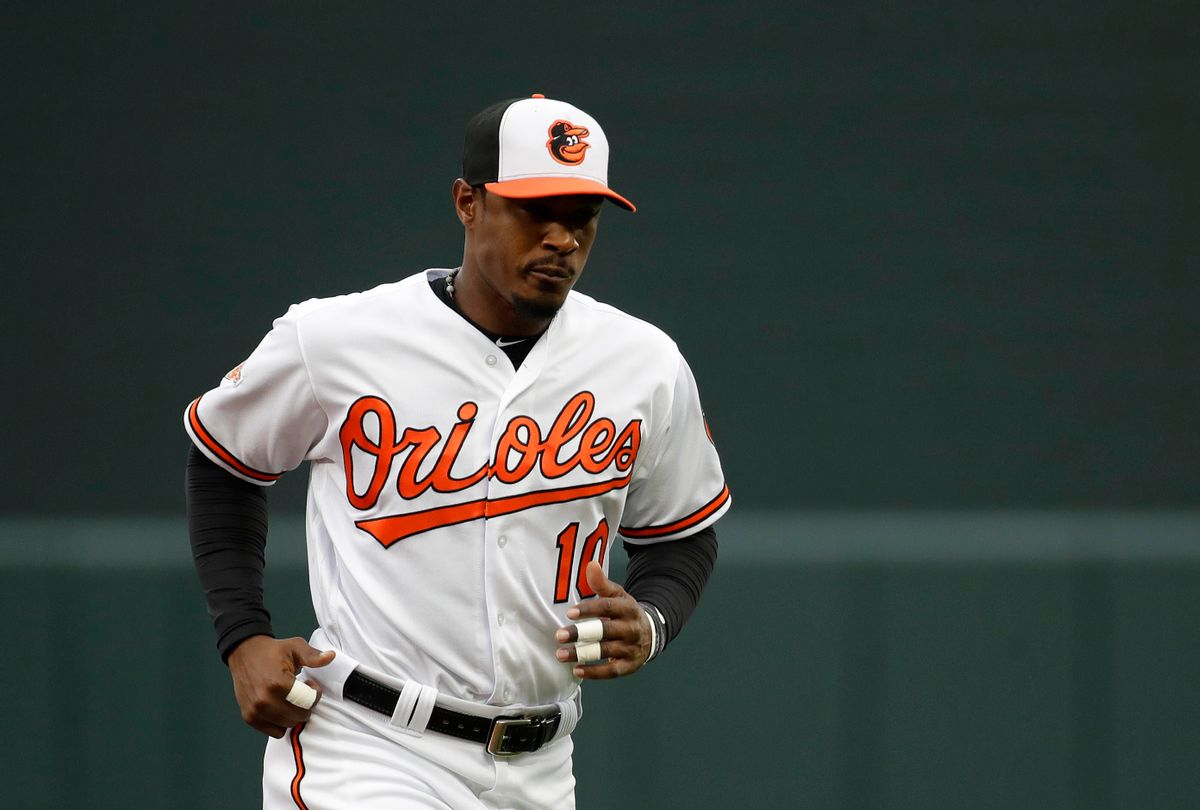 Baltimore Orioles center fielder Adam Jones was the victim of racial slurs on Monday night when the team faced the Red Sox at Fenway Park in Boston. Jones called this incident, where he was repeatedly called the n-word and had a bag of peanuts hurled at him, one of the worst experiences of his career. But Jones also said that this isn't the first time he's experienced such racial taunts while playing in Boston.

The Red Sox have publicly apologized for Monday's incident and said they have "zero tolerance for such inexcusable behavior, and our entire organization and our fans are sickened by the conduct of an ignorant few." The organization also said that its review of the events that occurred Monday night is "ongoing."

Although Jones was relieved that the fan who threw the peanuts at him was caught and ejected from the game, he told USA Today he was disappointed at the lack of severity of Fenway Park's response:

“It’s pathetic,’’ he said. “It’s called a coward. What they need to do is that instead of kicking them out of the stadium, they need to fine them 10 grand, 20 grand, 30 grand. Something that really hurts somebody. Make them pay in full. And if they don’t, take it out of their check."

“That’s how you hurt somebody. You suspend them from the stadium, what does that mean? It’s a slap on the wrist. That guy needs to be confronted, and he needs to pay for what he’s done."

Jones reflected on the seriousness of the injuries he could have sustained had the thrown objects hit him.

“At the end of the day, when you throw an object onto the field of play, the player has no idea what it is. What if something hit me right in the eye and I can’t play baseball anymore," he said. "Then what?"

Boston politicians, Mayor Marty Walsh and Governor Charlie Baker have condemned the racist actions and have argued that this behavior is out of line with what Boston is all about. But for many, this behavior is hardly surprising. Boston has not been able to shake its racist legacy, which peaked in the 1970s when Boston Public Schools were forced to desegregate through a busing system that was meant to repair the city's unequal public education. The court-ordered desegregation was met with violent protests and white flight by white families, as well as a school boycott by white students. Boston's neighborhoods remain visibly segregated today, and many people argue racism is intricately embedded in the city's identity, particularly, in white enclaves like South Boston and Charleston.

The Red Sox were the last major league team to integrate, 12 years after Jackie Robinson entered as a Dodger. Decades later in 2004, Barry Bonds said he would "never play" in Boston because the city was "too racist for me." And of course, while African-American players were dominating the NBA, white fans in Boston rallied behind the Celtics, a team of predominantly white players, including the emblematic Larry Bird.

Well-known sports commentator Stephen A. Smith told Boston Magazine in 2008 that it was:

"Pretty much common that athletes think Boston is not that receptive to improving race relations. Understand something: When this city celebrates its tradition, what they’re saying—at least in the eyes of some in the African-American community—is ‘Those were the good old days. We liked the way it was.’ Well, black people didn’t. We had a problem with the way it was.”

This is the context that surrounds Adam Jones' horrific treatment in Boston Monday night. Pretending that this was some unexpected incident is dishonest and degrading to Jones and all the black athletes that have been subjected to the racist taunts Jones described. So when Jones says, “things like that need to be handled a little more properly," it's time Boston finally takes this seriously.