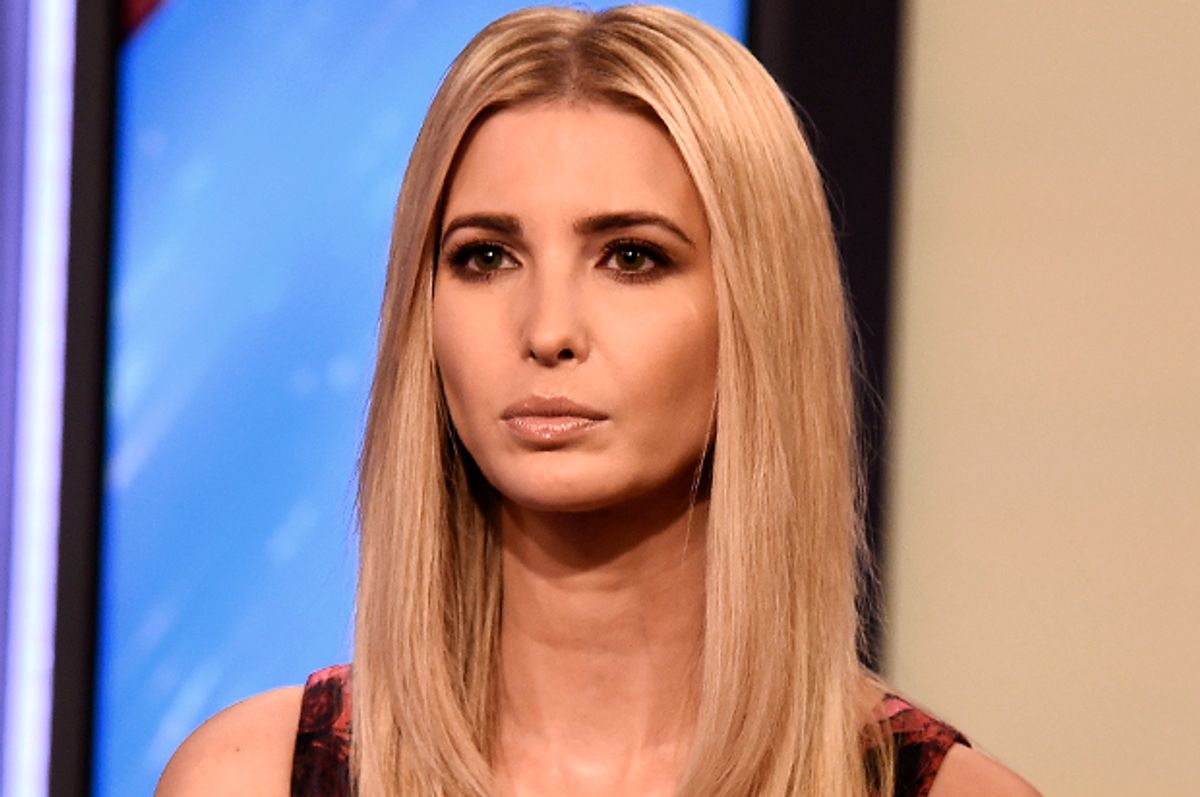 Ivanka Trump's new book, "Women Who Work: Rewriting the Rules for Success," was promoted by government-funded news agency Voice of America on Tuesday, raising further concerns about the Trump family's conflicts of interest while inside the White House.

The government-funded broadcaster published an Associated Press article about Ivanka's newly released book on its website and Twitter page.

The article says that in her new book "Trump has gone from sassy to serious," and described her as someone that has "embraced advocacy for women."

"It's natural that Ivanka Trump's thinking would evolve," the AP article argued, comparing her 2009 book to her new one. "Now 35, she is married and has had three children since she wrote the first book. She has also embraced advocacy for women, first at her fashion brand and now at the White House as an unpaid adviser."

The book “offers earnest advice for women on advancing in the workplace, balancing family and professional life and seeking personal fulfillment,” the piece notes.

It's not exactly out of the ordinary for the government-funded news agency to publish articles from the AP, however, one that promotes a book written by someone who is both an adviser to, and daughter of President Trump, "raises questions about the president and his family using government sources to promote private business interests," The Hill reported.

But Trump has already attempted to address those concerns, the article also notes that Trump is donating all proceeds from the book to charity, and that she has "opted not to do any publicity to avoid any suggestion that she is improperly using her White House platform." Still, VOA’s promotion of the article serves as publicity in and of itself.

This wasn't the first time private interests have been a factor in the White House. Back in February, counselor Kellyanne Conway told the public to “go buy Ivanka’s stuff,” during an appearance on Fox News, though no wrongdoing was found. In early April, the U.S. embassy in the U.K. promoted Mar-a-Lago, the president's exclusive Florida resort, on its official webpage. Similarly, Ivanka’s brand marketed a $10,000 bracelet she wore during a "60 Minutes" appearance shortly after the election.