Performances by Patti Smith, Ani DiFranco, Salman Rushdie and others evoke the power of the feminine 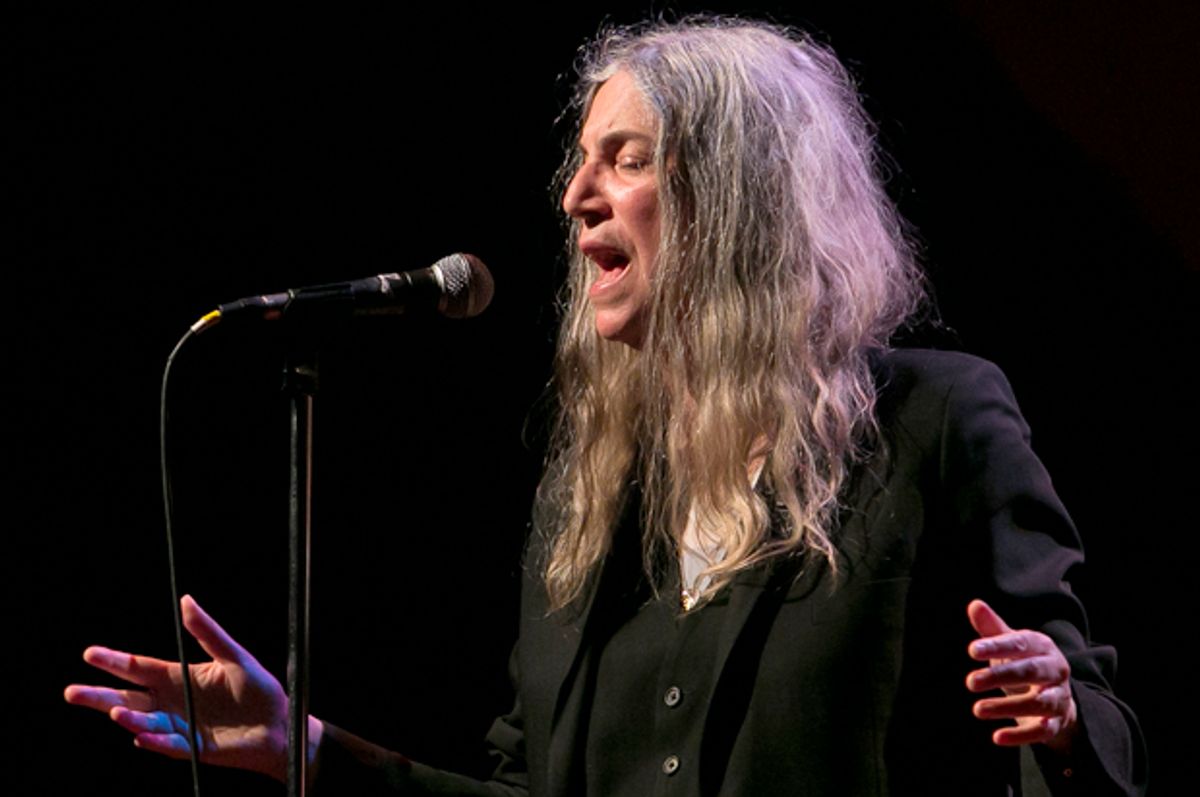 Those words were written by Salman Rushdie, not this year or last but in 2005. The occasion was the founding of the PEN World Voices Festival, the United States’ only international literature festival. Rushdie, along with Esther Allen and Michael Roberts, created the festival in the wake of the 9/11 terrorist attacks and the United States’ response to them, "with the aim of broadening channels of dialogue between the U.S. and the world," as PEN put it.

This year in the wake of the Brexit vote and the rise of nationalistic leaders like Donald Trump, Theresa May and Marine Le Pen, the prospects of achieving the festival’s mission have never looked bleaker. And yet the festival, which began May 1 and will run through May 7, has also never been more relevant.

Speaking on the opening night of this year’s festival, at Cooper Union’s historic Frederic P. Rose Auditorium, Rushdie doubled down on his conviction about the festival’s mission. “From the very beginning, this has been a little bit more than a literary festival,” he said. “It was and is a place where the PEN mission is spoken about and advanced and where abuses of power abroad and here in America are challenged and opposed. And so here we are, the beginning of the 13th iteration of World Voices, facing a new challenge at least as great if not greater than the challenges of 2005.”

That challenge was articulated throughout the night as nationalism, Donald Trump himself, an assault on enlightenment ideals like the pursuit of truth and the primacy of art, and as patriarchy. The latter is the theme of this year’s festival (“the restive relationship between gender and power”) and the prism through which this year’s festival suggests all the former can be understood.

“We can see the vanguard of the resistance is feminine, feminist,” said the singer-songwriter Ani DiFranco prior to strumming her acoustic guitar and singing a few songs on the subject. “And I think we can infer from the nature of the resistance, the nature of the force being resisted. And I hope that in this very inspiring, hopeful time we can find an appetite to recognize patriarchy."

DiFranco continued, "Fascism is made of patriarchy. Environmental destruction, war, racism [are] all manifestations of hierarchy, of dominance and submission of aggressions. Feminism, this mechanism by which we have to address patriarchy, the path that we can take out of here, becomes not only a matter of emancipating and empowering women but emancipating and empowering the feminine in all of us.”

Patti Smith, who performed with her daughter Jesse Paris Smith, provided a useful metaphor in introducing her first song of the night, “Peaceable Kingdom.” The song, Smith said, was written in memory of Rachel Corrie, a young activist who was killed in a combat zone in the southern part of the Gaza Strip when she shielded a doctor’s home from being bulldozed.

Though Smith wrote the song in 2004, its relevancy, like the festival’s, has redoubled. Where conservatives have the power of all three branches of the U.S. government, the liberal opposition’s power resides in its ability to stand strong, unmoving in resistance — to force the aggressor to publicly bulldoze them. Though peaceful resistance only works to a point in each micro battle — be it at Standing Rock or about health care — the greater war is one of attrition and public image. Ultimately, will the aggressor be recognized as the villain? Will words triumph over weapons?

That’s what PEN World Voices is banking on. And sure, it’s tempting to be cynical, to listen to poetry recited in pretentious poet voice and to look around at all the NPR-listening, organic food-buying New York liberals and think that they are only making themselves feel better, that they have overeducated themselves to the point of bringing words to a gunfight.

But among the many things Donald Trump’s first 100 days in office have taught us, one is that in spite of the right’s best efforts at demonization, intellectualism is powerful. If used properly, amorphous forces like words, ideas and art can energize and recontextualize; they can take back the meaning of “elite.” (As Rushdie would say, “How is it allowed to happen that a government of billionaires and bankers, in which is accumulated more personal wealth than in any previous government in American history, is able to dismiss its adversaries as elites while it claims to speak for the masses?”) Or they can frame femininity as an admirable quality in all humans.

The most powerful moment of the night came when Patti Smith sang “People Have the Power.” The entire audience clapped to the point where Smith lost track of the words; no one can forget words quite so eloquently as Patti Smith. After restarting a couple of times, Smith eventually found her way. But it didn’t matter. Smith had already accomplished all that the festival can hope for: getting large groups of people to act in unison, with conviction, purpose and zeal.