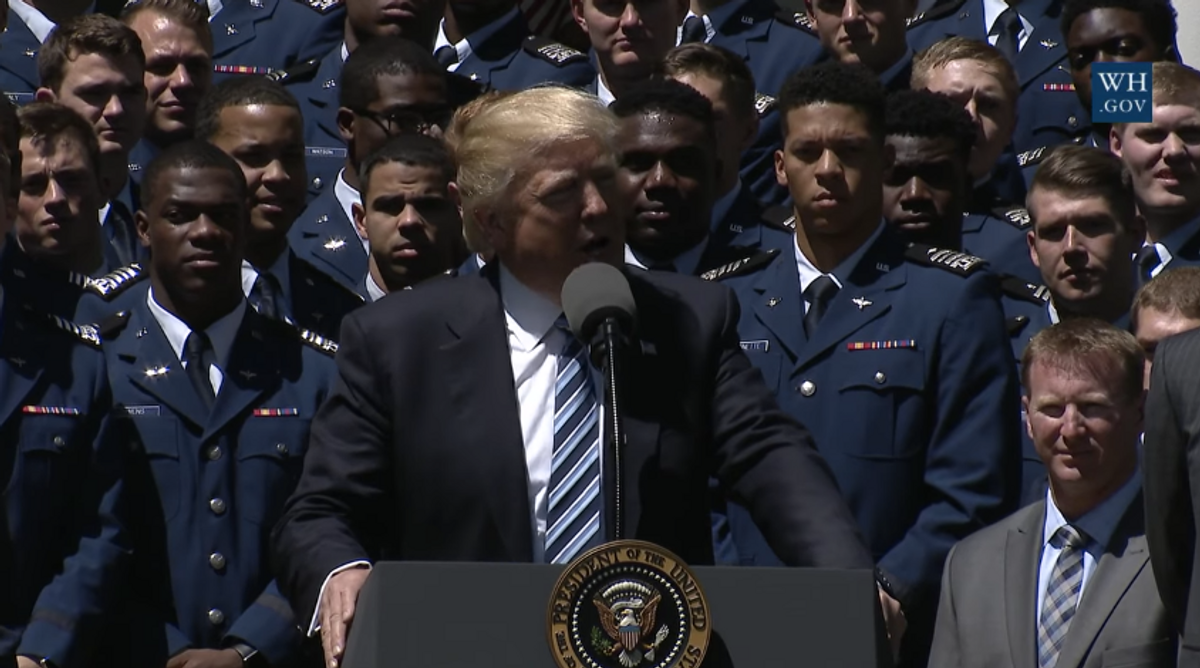 On Tuesday President Trump welcomed the Air Force Academy football team to the White House and presented them with the Commander-in-Chief's Trophy, but not before he used the occasion to take shots at the Democrats.

At the ceremony to award the team that is victorious in the triangular rivalry between the U.S. Military Academy, the U.S. Naval Academy and the U.S. Air Force Academy, Trump quickly pivoted to his political talking points. In front of the members of the Air Force Falcons football team, Trump bashed Democratic members of Congress, some of whom were also in attendance.

Trump eventually talked about the Air Force's successful season, saying that they "flew under the radar to victory," but then he quickly tied it in with his political agenda. "This week, our Republican team had it's own victory — under the radar — that is a very important thing for the men and women of the United States Military, and it's a very important thing for the people of our country," he said.

Trump then touted his budget, but noted that it was a "very long and rigorous process." Saying that he has ended "years of painful cuts to our military." Trump bragged about a $21 billion increase in defense spending.

The president went on to promise that all branches of the military would receive the best equipment that there is, before bragging about his border security plan.

"We achieved the single largest increase in border security funding in 10 years," he said proudly, "the Democrats didn't tell you that, they forgot."