But the FBI director now says he is “very, very interested” in finding out if FBI agents leaked insider information 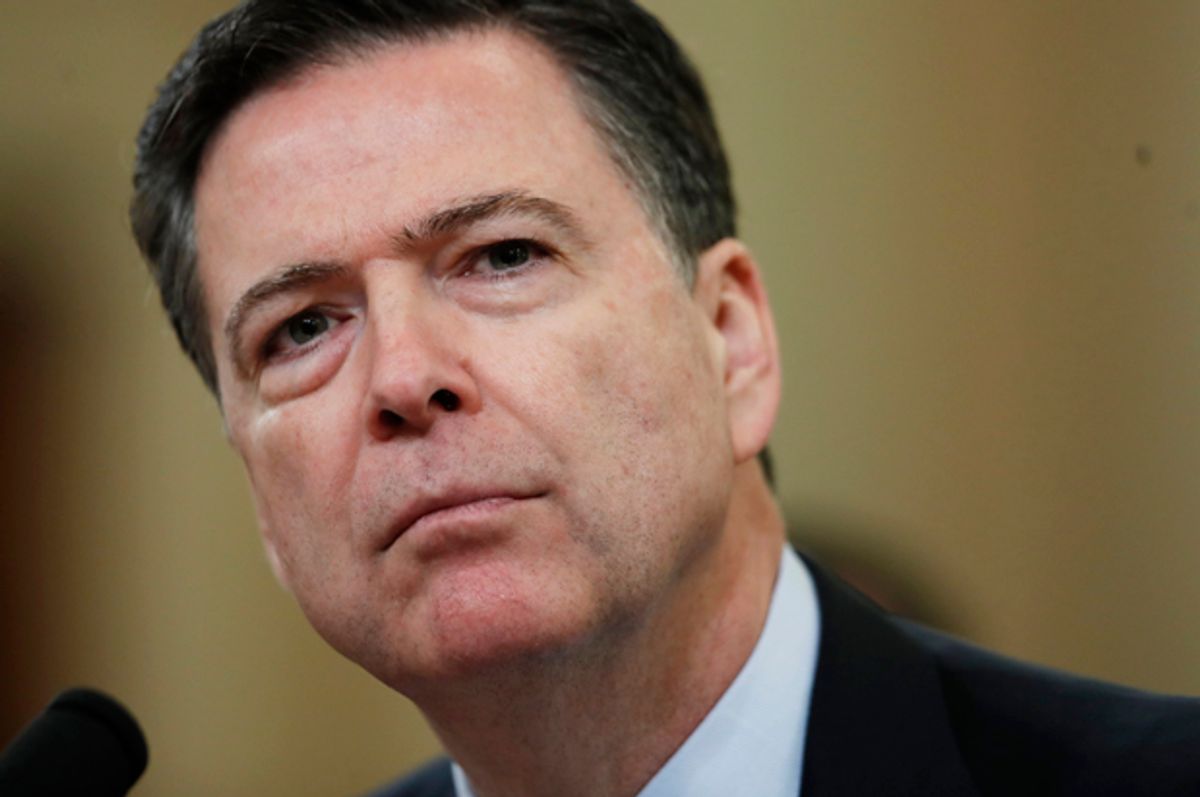 A day after both the sitting U.S. president and the 2016 Democratic presidential nominee criticized him for his role in the outcome of last year's presidential election, FBI director James Comey was grilled by lawmakers on the both sides of the aisle on Capitol Hill.

Comey said during a Senate Judiciary Committee oversight hearing on Wednesday that while he did understand that Republican lawmakers would likely leak any information into Hillary Clinton use of a private email server, he now says he feels “mildly nauseous” over the idea that his decision to go public about the investigation may have swayed the election.

"It was a hard choice, I still believe in retrospect the right choice," Comey told senators at a judiciary committee hearing on oversight of his agency. "I can't consider for a second whose political fortunes will be affected."

While attempting to defend himself, Comey inadvertently admitted that he knew the congressional leaders, like Republican House Oversight Committee chairman Jason Chaffetz, would likely leak the insider information in the heat of a bruising political season.

"Yeah, did I know they were going to leak it? Of course. I know how Congress works. But I did not make an announcement,” he insisted.

“Concealment, in my view, would have been catastrophic,” he continued, calling the decision “disastrous for me personally”:

And I could be wrong, but we honestly made a decision between those two choices that even in hindsight -- and this has been one of the world's most painful experiences -- I would make the same decision.

Holy shit. #Comey on Oct letter: "Yeah, did I know they were going to leak it? Of course." #comeyhearing pic.twitter.com/7IxixQRGq8

During the hearing, Sen. Patrick Leahy, D-VT, asked about Giuliani’s claims that he had inside information about the bureau’s probe into Hillary Clinton’s use of a private email server.

The former New York City mayor raised eyebrows last October when he hinted at the FBI’s reopening of its email investigation into Clinton during an appearance on Fox News’ “Fox & Friends.” And two days before Comey announced that the FBI was reviewing newly uncovered emails, Giuliani teased that Trump’s campaign had “a couple of surprises left.” He told Fox News’ Martha MacCallum that there was “a surprise or two that you’re going to hear about in the next two days.” (Former FBI official Jim Kallstrom’s made similar claims during the campaign.)

Comey sent a letter to congressional leaders, in late October — 11 days before the November election — saying the FBI was reviewing emails tied to Clinton's use of a private server during a separate investigation into disgraced New York City politician Anthony Weiner.

Leahy grilled Comey about Giuliani's claims, noting that during the investigation, “a number of surrogates like Rudy Giuliani claimed to have a pipeline to the FBI. He boasted that, and I quote, ‘numerous agents talk to him all the time,’ regarding the investigation.”

“Now either they’re lying or there is a serious problem within the bureau,” Leahy said to Comey on Wednesday. “Did anybody in the FBI during this 2016 campaign have contact with Rudy Giuliani about the Clinton investigation?”

“I don’t know yet, but if I find out that people were leaking information about our investigations whether to reporters or private parties, there will be severe consequences,” Comey replied.

Comey confirmed that there is an ongoing investigation into leaks from the FBI to the top Trump campaign surrogate during the presidential campaign. Comey said that he is “very, very interested” in finding out if FBI agents shared insider information about the email investigation to anyone before the election.