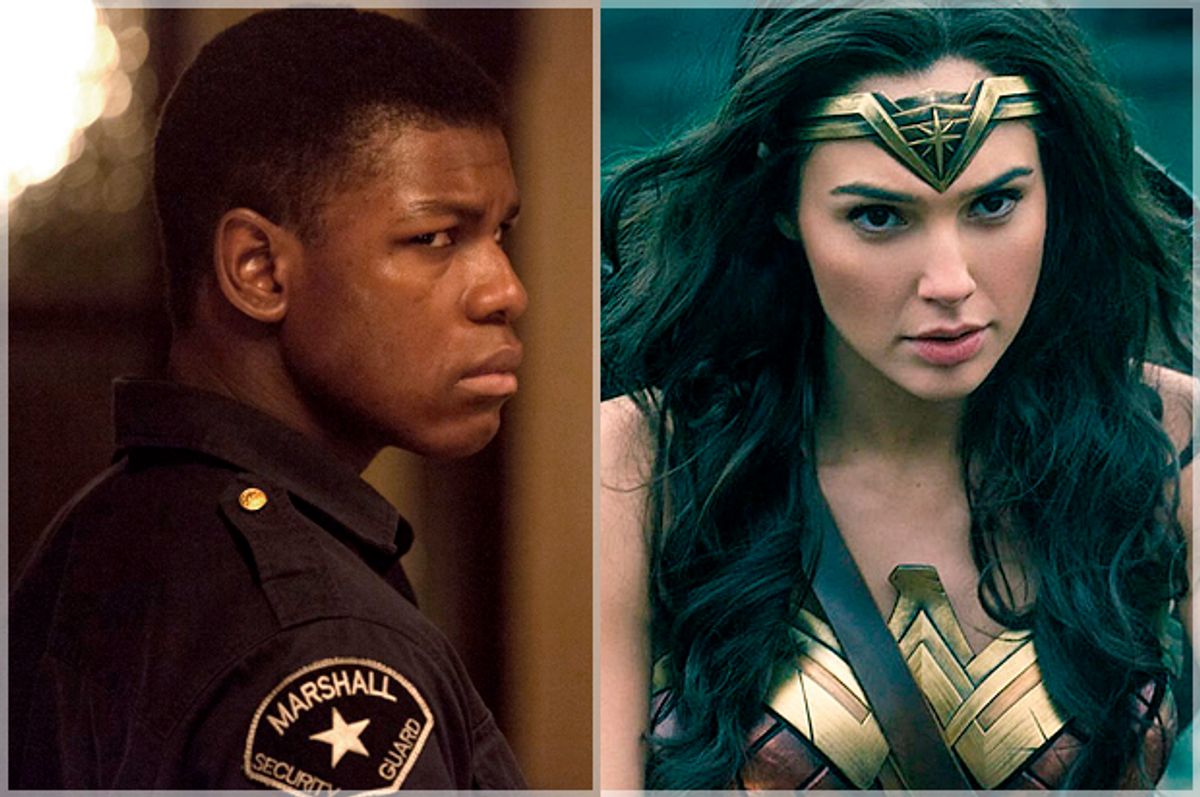 The parenthetical is probably not necessary. By now, you know the drill: Summer means big. Big explosions. Big stars. Big franchises. Big budgets. Big revenues. Just not “Big” — that would be too small.

The silly season has notoriously become the season for silly movies — stuff about bros who get drunk, men who wear capes, kids who get cancer. Something for everybody.

I kid, but the industry grossed $445.19 billion last summer, nearly the total of all the other seasons combined. As much as critics and us coastal elites may bemoan the loss of middle-tier summer studio fare, that ain’t what the people want for $15 and a side of air-conditioning.

That there will be 15 reboots, sequels or spinoffs between May and August this summer should be about as surprising as any one of those films’ third act. And that one of those films will be the summer’s top earner is about as much of a sure thing as Tom Cruise's making his “Seriously, I can’t even feel the blood drying; I’m so focused on doing that thing I have to do” face in “The Mummy.”

You know what to expect from the summer in broad strokes. But what else? What can be gleaned from this year’s summer slate beyond the box-office guessing game?

1. Power to the ladies

“Baywatch” is becoming a movie. It’s important to preface this by noting that because a few tight red swimsuits threaten to undo any progress towards cinematic gender parity made this summer.

This summer women, however, will also be more than their cleavage. They will fly (“Wonder Woman”), kick ass (“Atomic Blonde”), save the universe (“Valerian and the City of a Thousand Planets”) and be allowed to be hilariously dumb and reckless (“Rough Night,” “Snatched”).

In a couple of these cases, it feels like as a result of Hollywood's not quite knowing still what to do with women, executives are pitching X but with women (“Superman" but with a woman, "The Hangover" but with women). It’s an improvement upon literally putting women in men’s old costumes. To some extent, substituting variables on past successes is just how the industry works.

But at the lower budget and indie level, no caveats are necessary. Of the most-anticipated prestige pics of the summer, a couple were directed by women (Kathryn Bigelow’s “Detroit” and Sofia Coppola’s “The Beguiled”) and a couple of them star women (Sonia Acevedo in “A Ghost Story” and Florence Pugh in “Lady MacBeth”).

2. Franchises ready to take off

Franchises may last forever — as “Star Wars” is proving — but at a certain point every studio needs a new cash cow. So each year there’s a fresh batch of potential franchise starters that turn into a slightly smaller batch of actual franchise starters. The bar for a sequel is not so high, as “The Angry Birds Movie” and “Zootopia” proved last year. Chances are this summer’s “Emoji Movie” will come back with a new set of emoji in two summers.

There is one future franchise, though, that I can harbor no cynicism toward. It is the movie that at the start of the year I predicted would take the 2017 box-office cake. Why? Because the voice of a generation’s signature literary work is being brought to screen.

Because of lengthy production schedules, there’s a greater lag in cinematic responses to Zeitgeist political and social issues than there is on television. The summer, too, tends to be a season for more lighthearted fare.

But rest assured, those looking for Donald Trump through all the CGI will find him. There are a couple of movies arriving this summer that, like “Get Out” this spring, will likely benefit from social themes that have suddenly become all the more prescient.

The first is “Beatriz at Dinner,” a comedy about a dinner party where a wealthy, racist rich man (John Lithgow) squares off against a Hispanic practitioner of holistic medicine (Salma Hayek). (No, John, she’s not the help.) The second is “The Big Sick,” which stars Kumail Nanjiani and Zoe Kazan as an interracial couple put to the test by cultural differences and sickness.

5. What else to look forward to

“Despicable Me 3”: “It’s some kind of monster.” “Wait, that’s not a monster. That’s a man wearing shoulder pads.”

“Whose Streets?”: A documentary about the Ferguson uprising that will elicit tremendous emotion, praise and backlash.