Tomi Lahren tells Playboy she wants to be a race warrior

In an interview with Playboy, the right-wing pundit says race is the most important cultural battle she's waging 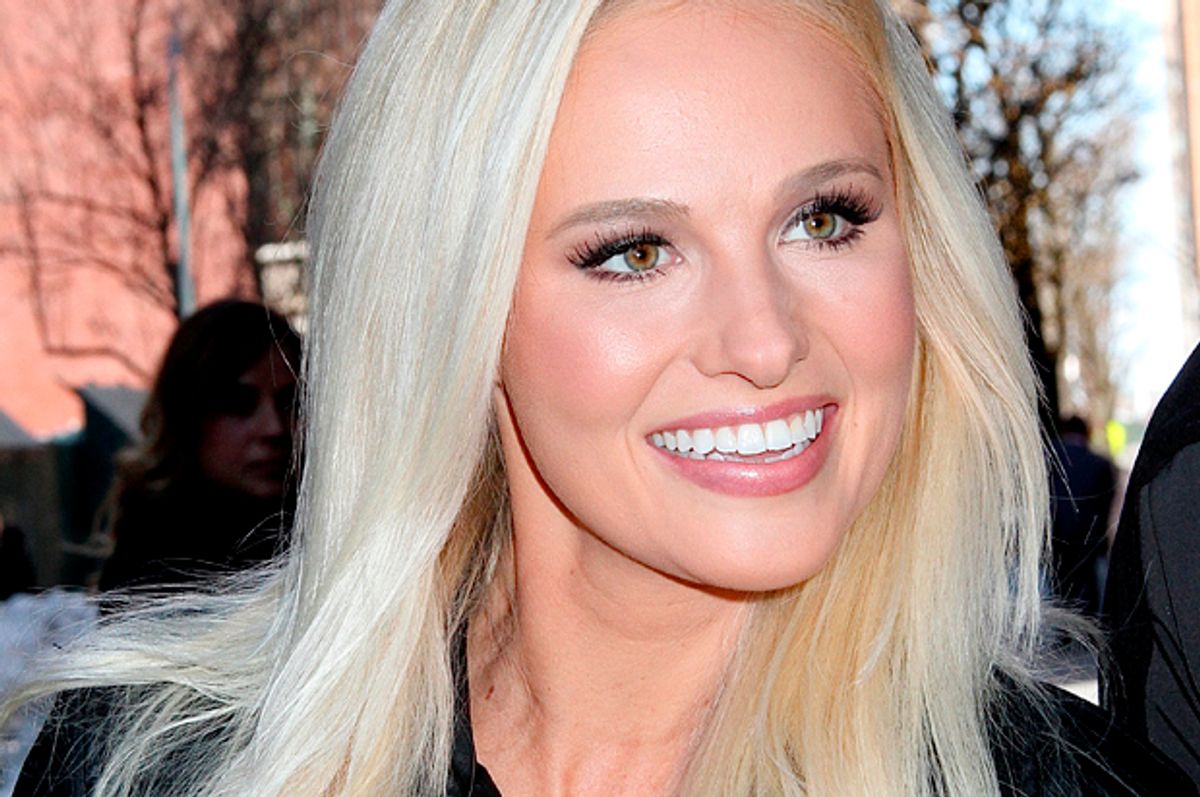 Tomi Lahren, the 24-year-old right-wing pundit from South Dakota, has a lot of thoughts on race relations in this country. In fact, the right-wing rabble-rouser believes racial issues presents the most crucial cultural war she is fighting.

In an extensive interview with Playboy magazine, Lahren talked about her focus on cultural issues when she worked at The Blaze. She was asked to name the "most important cultural battle" she's waging.

"I think race in America is a huge one," Lahren answered. "That's something that needs to be confronted, certainly."

Lahren, a vocal critic of the Black Lives Matter movement, has tried to distance herself from the alt-right label because of its association with white supremacy. Nevertheless, that hasn't stopped the political commentator from sharing her conservative views on race.

I actually had a conversation with Charlamagne [tha God] about this, that there are white people who are afraid to talk about race because they don’t want to be labeled a racist, so they don’t want to talk about the issues; they don’t even want to talk to black people because they’re so afraid they’ll slip up and be offensive. Which is a huge problem. We’re segregating ourselves because we’re afraid we’re going to offend each other.