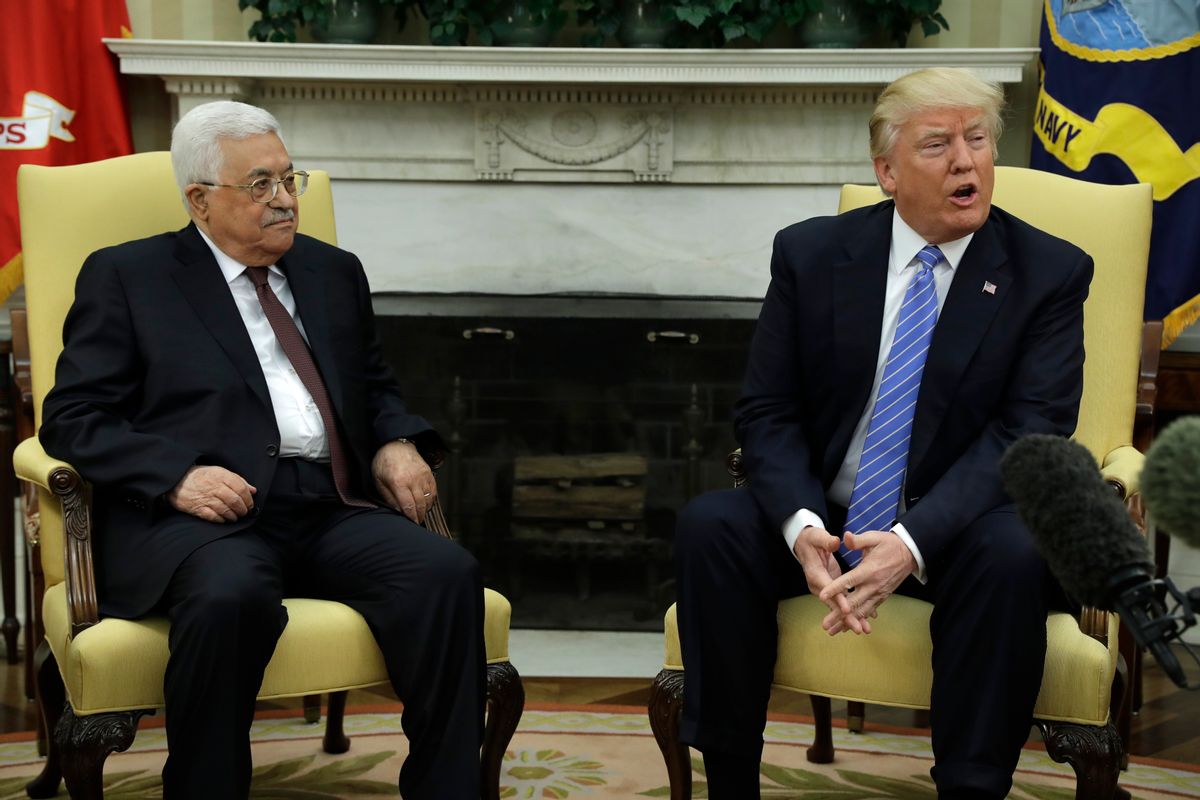 President Trump deleted a tweet that he posted to his account in which he said it was "an honor" to meet with Palestinian Authority President Mahmoud Abbas at the White House. The tweet was published on Wednesday but removed 13 hours later on Thursday, according to ProPublica's Politwoops  that keeps a record of the tweets deleted by the president.

The tweet said that he hoped "something terrific" could happen between Israel and Palestine, and it was retweeted thousands of times prior to being deleted. It also included a two-minute video compilation of the meeting between Trump and Abbas, including their handshake, and a statement from Secretary of State Rex Tillerson, according to Haaretz.

There is no publicly known reason why the tweet was ultimately removed, but the president has made it customary to tweet something after he finishes meeting with prominent foreign leaders. He has done so after meeting with Israel Prime Minister Benjamin Netanyahu, Egyptian President Abdel-Fattah el-Sissi and King Abdullah II of Jordan, according to Haaretz.

In a joint news conference with Abbas, Trump suggested that a peaces agreement between the Israel and Palestine would not be “as difficult as people have thought," according to NBC. He said he would do "whatever is necessary" to make sure that it happens.

"It's time for Israel to end its occupation of our people and of our land," Abbas said.

Jared Kushner, who has no prior experience in public office or diplomacy or record of Middle East expertise, has been given a  senior adviser role and is expected to help establish peace in the region. But Kushner has strong ties to Israel, and specifically its leader Netanyahu. "Kushner's "family used its real estate fortune to donate millions of dollars to American Jewish and Israeli hospitals, schools and other institutions, including a few in settlements, according to public records," The New York Times reported.