Mika Brzezinski, Joe Scarborough are getting married, and Donald Trump offered to officiate the wedding 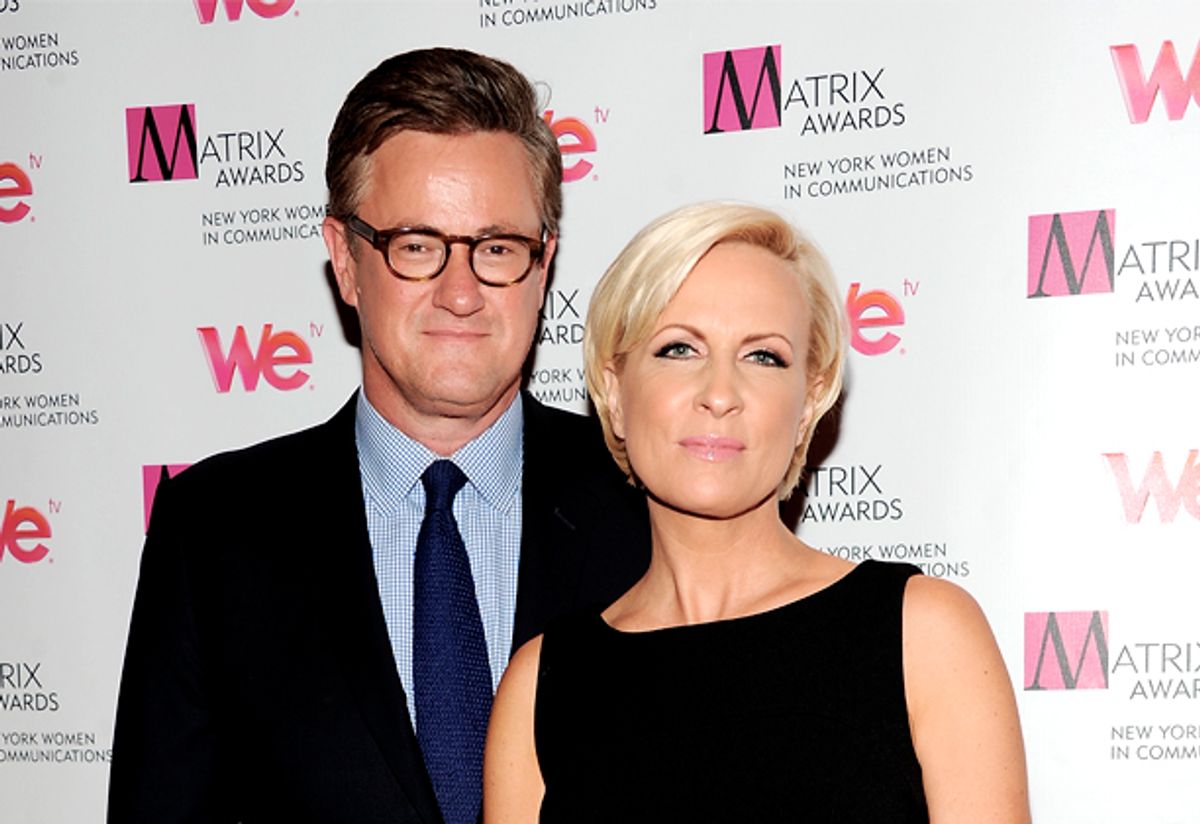 The co-hosts of MSNBC's "Morning Joe" will soon be husband and wife. Mika Brzezinski and Joe Scarborough revealed their engagement in an interview with Vanity Fair after they got back from a mysterious trip to Antibes last week.

The pair had never acknowledged a romantic relationship in the past, however, rumors and speculation had pointed to a love affair.

Last August President Donald Trump hinted at their relationship in a series of tweets, calling Brzezinski a "very insecure long-time girlfriend" of Scarborough.

A former U.S. congressman, Scarborough is a longtime friend of Trump. In 2007 Scarborough became a co-host of "Morning Joe." Brzezinski has been at his side as co-host since the show's inception.

In the interview with Vanity Fair, Brzezinski said that their relationship became official after her divorce in December 2015. Incidentally, Trump's rise in American politics was happening around that time.

Media critics often cite "Morning Joe" as a show that gave Trump undue coverage and the benefit of the doubt during the election. These critics will not be surprised to learn then that the president offered to marry the co-hosts earlier this year — before the couple were even engaged.

While visiting the White House in January, Trump said that Mar-a-Lago or the White House would be available to them if they chose to marry, Vanity Fair reported. Jared Kushner, Trump's son-in-law, even volunteered to conduct the ceremony because he has a license.

Trump did not appreciate that suggestion.

“Why would you marry them?" Trump asked Kushner. "They could have the president of the United States marry them.”

Brzezinski told Vanity Fair that she will have to decline the invitation.

“The White House that I grew up in was an amazing place," she said. "If it weren’t Trump, it might be something to think about. The mental picture is just fascinating, but the reality is just . . . no. No, no, no, no, no.”