"Millions of Americans are about to lose health care coverage and the Republicans are drinking beer": Democrats slam House GOP after passage of Trumpcare 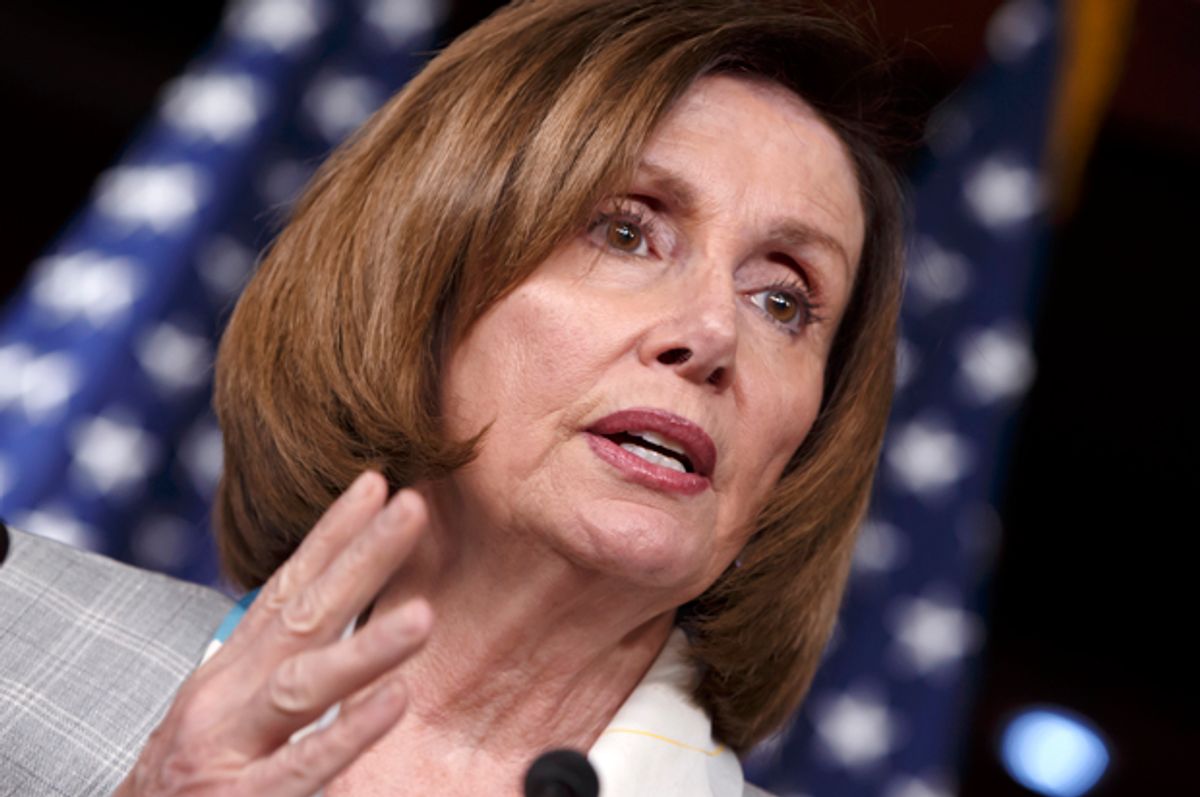 By a one-vote margin, the House narrowly passed a Republican-sponsored repeal of the Affordable Care Act on Thursday. After months of intraparty negotiations, Republicans finally delivered President Donald Trump his first legislative victory. Under taunting chants of "Na na na hey hey hey goodbye" by Democratic lawmakers, the final vote to approve the American Health Care Act was cast just as voting closed on the House floor. The final vote tally was 217 to 213, with no Democrats voting to repeal the landmark health care legislation.

For their part, Democrats spent most of the day sounding the alarm against the bill and warning Republicans about the dire political consequences of voting to support the AHCA.

“They have this vote tattooed on them. This is a scar that they’ll carry,” the House Minority Leader Nancy Pelosi said during her floor speech before the vote. “Whatever happens in the vote, the members of the House Republican caucus will be forever identified with the worst aspects of the bill they passed.”

Moderate Republicans and conservative Tea Party members have for weeks fought over the provision of the Affordable Care Act that mandate that every person be able to gain insurance coverage despite any pre-existing conditions. Days after President Donald Trump marked his 100th day in office, the leaders of the moderate Tuesday Group as well as the ultraconservative House Freedom Caucus negotiated the MacArthur-Meadows amendment that allows states to deny coverage for pre-existing conditions, including sexual assault. The Congressional Budget Office, however, has yet to score the bill for its cost or coverage impact. Still, Trump has postponed a trip to meet the Australian prime minister in New York City in order to host a victory party for Republicans at the White House.

“There are people who have said to me, ‘Why do you keep trying to stop this bill? Let them pass it,’” she said. “Now I don’t like that because we are first and foremost looking after the American people. But . . . there is very little chance that this bill will be passed by the Senate. So they’re making a very bad move,” she added. “People have to see that elections have ramifications in their lives, and this is probably one of the most personal manifestations of that connection.”

Added Pelosi: “People have to see that elections have ramifications in their lives, and this is probably one of the most personal manifestations of that connection.”

Connecticut Democrat Rep. Rosa De Lauro complained about reports that beer had been delivered to the Capitol grounds in anticipation of the House vote. “Millions of Americans are about to lose health care coverage and the Republicans are drinking beer,” she tweeted.