Capturing the haunted beauty of a chemical weapons testing ground

Through the lens of photographer David Maisel, a U.S. proving ground becomes something stunning and stirring 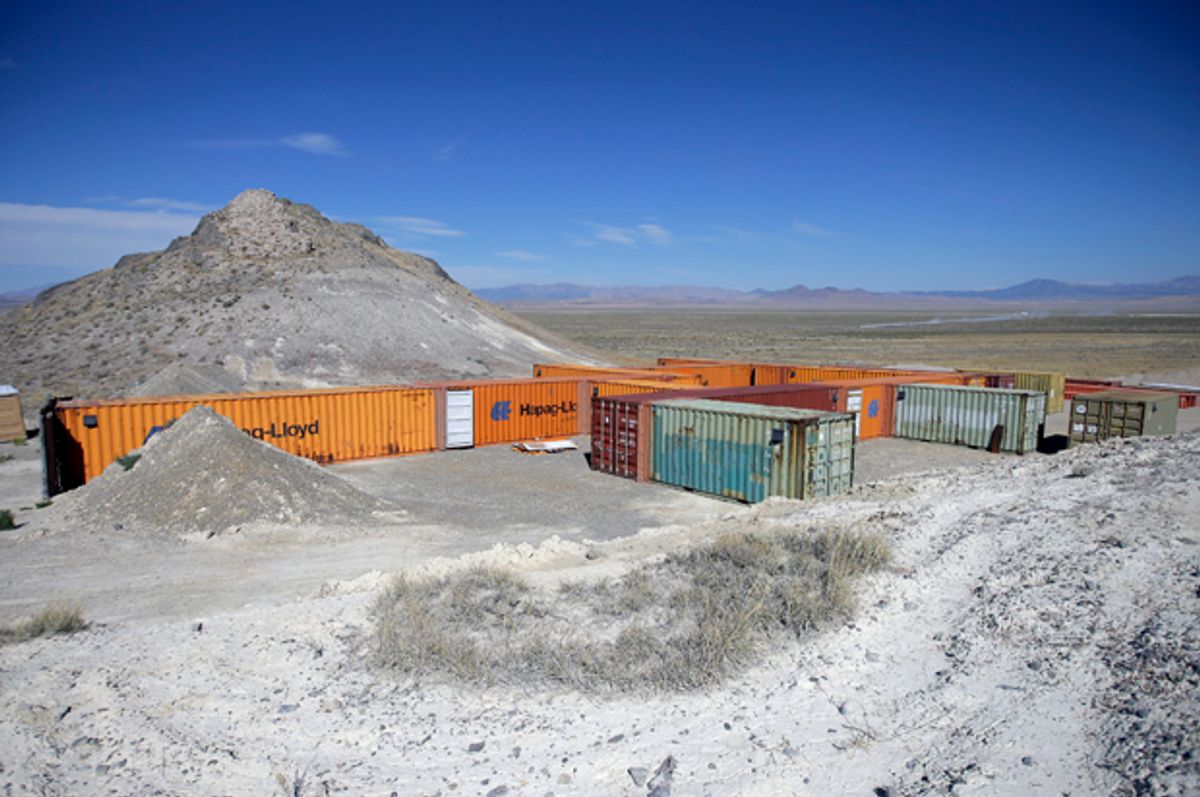 If presented with a desolate, pockmarked and likely toxic slice of desert used for testing chemical weapons, most of us would prefer to cordon it off, warn the locals and spend as little time as possible contemplating its cursed existence. In his current series, "Proving Grounds," American photographer David Maisel has however, taken aerial images of Utah’s Dugway Proving Ground, a classified U.S. government test site, and created something truly arresting.

Across its 800,000-acres of Salt Lake desert, Dugway bears countless scars from decades of aerial bombing and controlled ground-based detonations — many of which surely still host toxic traces of the explosions used to make them. As The Guardian reported, Maisel found a strange beauty in this battered landscape, as well as a haunting significance.

Aerial photography of similarly scared locales has long been Maisel's career focus. As he told The Guardian, "I’ve been looking at sites of traumatic disturbance, primarily in the American landscape, for more than 30 years. Much of this work focuses on themes of development and destruction of the environment, examining sites of natural resource extraction and its unintended consequences or side effects." Poignantly, he added, "Throughout multiple projects in this vein, I’ve felt that these sites reflect us, reflect back the psyche of the society that made them, and that they reveal, perhaps, something at the core of who we are.”

Indeed, the black-and-white images that Maisel and his pilot captured of Dugway speak to many things: America's martial culture, its disregard for the environment and the mortgaging of its future easily come to mind. But it's not just these and other resonances that bubble up when looking at "Proving Grounds." There is also an inescapable abstract beauty to the geometric blast patterns of the craters left across the soil by our government and a pleasing ghostliness to Maisel's use of aluminum printing and grid arrangements.

It's all very haunting and unnerving, yet aesthetically pleasing. More than that, it's a necessary testament to a practice and place that most of us would rather forget.

For more images from "Proving Grounds" and to learn about the great lengths that Maisel went to to create them, please visit the The Guardian's site.