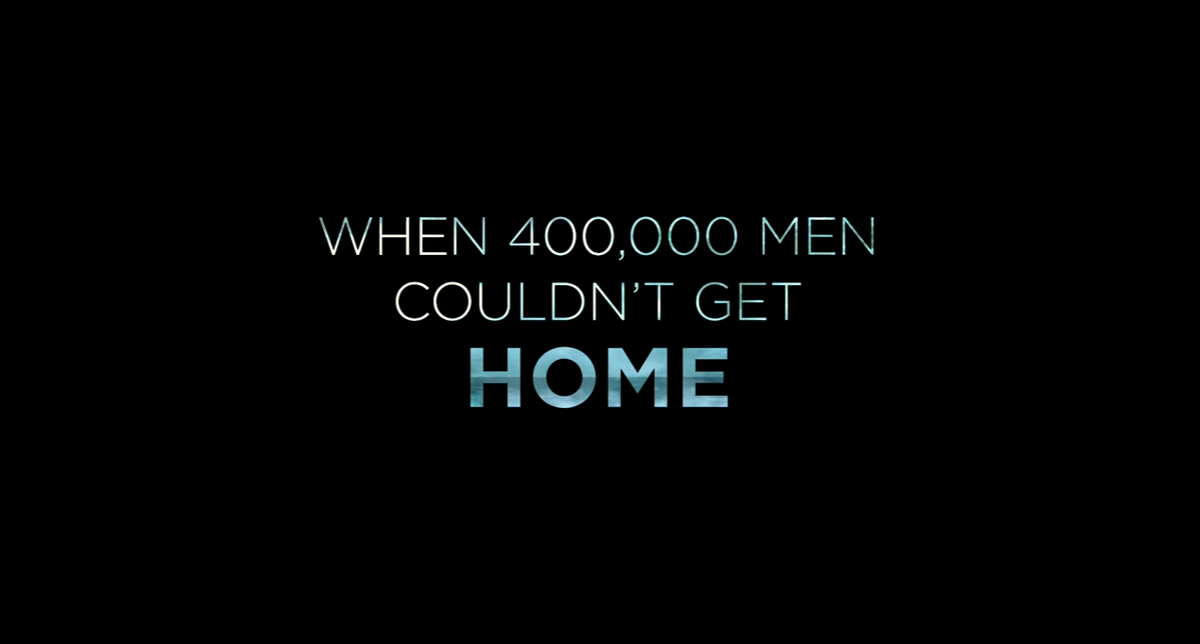 A third trailer for Christopher Nolan's next movie "Dunkirk" debuted Friday, finally providing viewers some details about the upcoming war epic — and the amazing evacuation it attempts to reproduce.

Out July 1, "Dunkirk" represents a bit of a pivot for Nolan, whose latest films mostly delve into the world of fantasy and sci-fi. "Dunkirk" is a movie about the evacuation of Allied soldiers from that eponymous beach in France 77 years ago. Frequent Nolan collaborators Tom Hardy and Cillian Murphy star in the movie.

Mark Rylance, the Academy Award winning actor for his work in "Bridge of Spies," plays the owner of a pleasure boat who is called on to assist in the rescue of 400,000 Allied soldiers.

In the trailer released Friday, Murphy's character accurately describes what was at stake in that evacuation, and the unlikely people who stepped up to see that it got done.

"You are weekend sailors. Not the bloody navy, "Murphy's character says to those who just rescued him. "You should be at home."

"There is no hiding from this, son," Rylance's character says. "We have a job to do."

On April 3 in Las Vegas, Nolan shared his mindset going into this movie:

I feel like Dunkirk is such a universal event and it involves so many people that to try to encapsulate the specific detail of the human experience wasn’t the way to go. What we decided to do was to really try and live in the moment of the experience … the very immediate and human desire to survive. It’s the most human movie I’ve ever made because it’s about the desire for survival. We wanted to tackle that and make what I refer to as a very present tense narrative where you’re in the moment with the characters. You’re not necessarily spending too much time discussing who they were before or who they will be after.