Hillary Clinton is throwing herself into the political fray once more 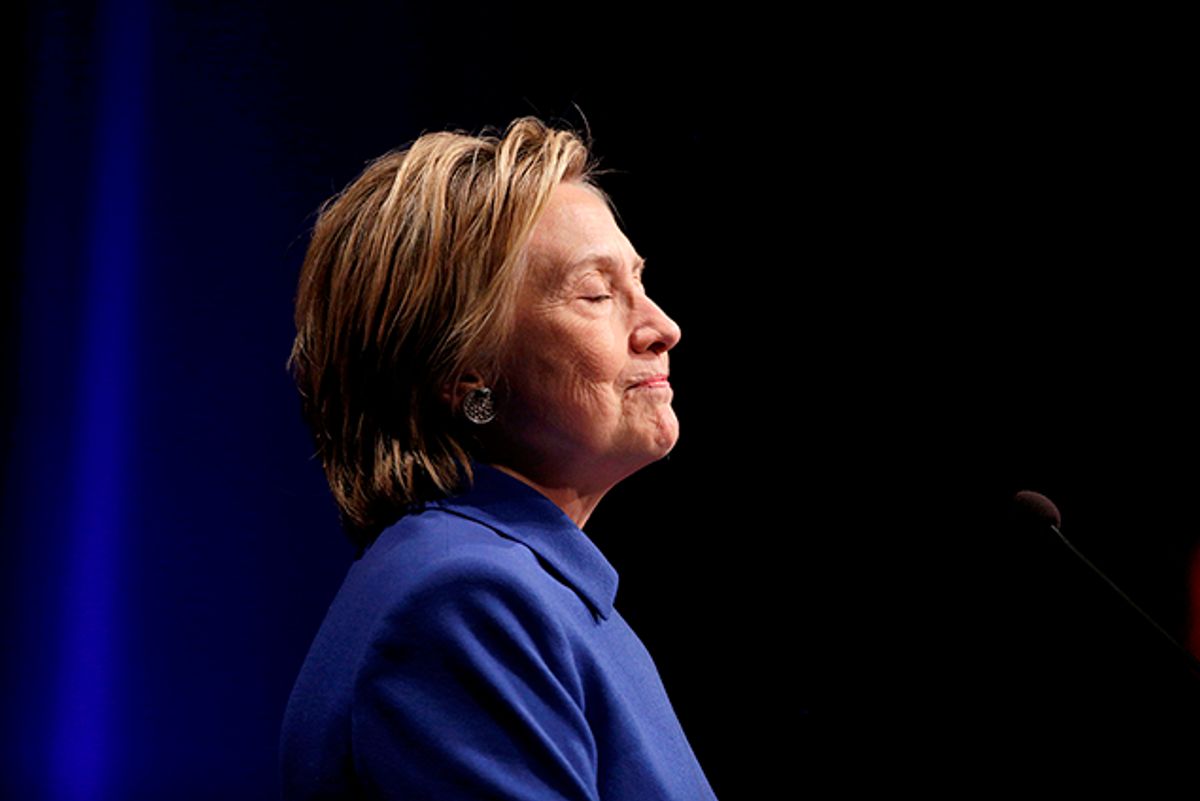 Despite her devastating loss to Donald Trump in the November election, Hillary Clinton apparently has no plans to give up on politics.

The former secretary of state is creating a new political group that will send money to organizations that are resisting President Trump's agenda, according to a new Politico report. The group, expected to be called "Onward Together," could launch as soon as next week.

Multiple individuals familiar with the group's plans have said that Clinton has spent the last few weeks meeting with donors and recruiting members for the group's board of directors. Dennis Cheng, Clinton's campaign finance director, has worked closely with her to reel in donors. Cheng was also the Clinton Foundation's chief development officer, Politico reported.

The cast that will help shape Clinton's new group includes notable names such as her former undersecretary of state Judith McHale and former Vermont governor Howard Dean. They will reportedly help her decide which groups to fund through her new organization. As for the board, strategist Minyon Moore will likely have a seat. Politico reported:

[Clinton] has been in conversation with a wide range of political allies to discuss her next steps for months, but along with her upcoming book, the group — whose existence was first reported by Axios — is the most concrete step. The new organization is not expected to have a large staff, but will instead focus on sending money to other organizations at a time that Democratic donors are largely unsure about how they should be spending their cash.

It's quite remarkable that Clinton — who essentially birthed the "resistance" with her failed candidacy — is now looking to proliferate its efforts with her own funds. The Democratic party is still searching for a new leader in its attempts to pull itself together, unfortunately, Clinton's funds will not provide them with the fresh start they are searching for.

At a time when political discourse in the U.S. is as toxic as ever, and corporate lobbyists continue to flood Capitol Hill, perhaps it would be more helpful for the Democrats to take a few steps back and put together an agenda shaped by the desires of their base, and funded by them too.