WATCH: Parody duo hilariously spoof Heineken's "Worlds Apart" ad — because nothing is safe from the internet

"Open your wallet ... we meant world" 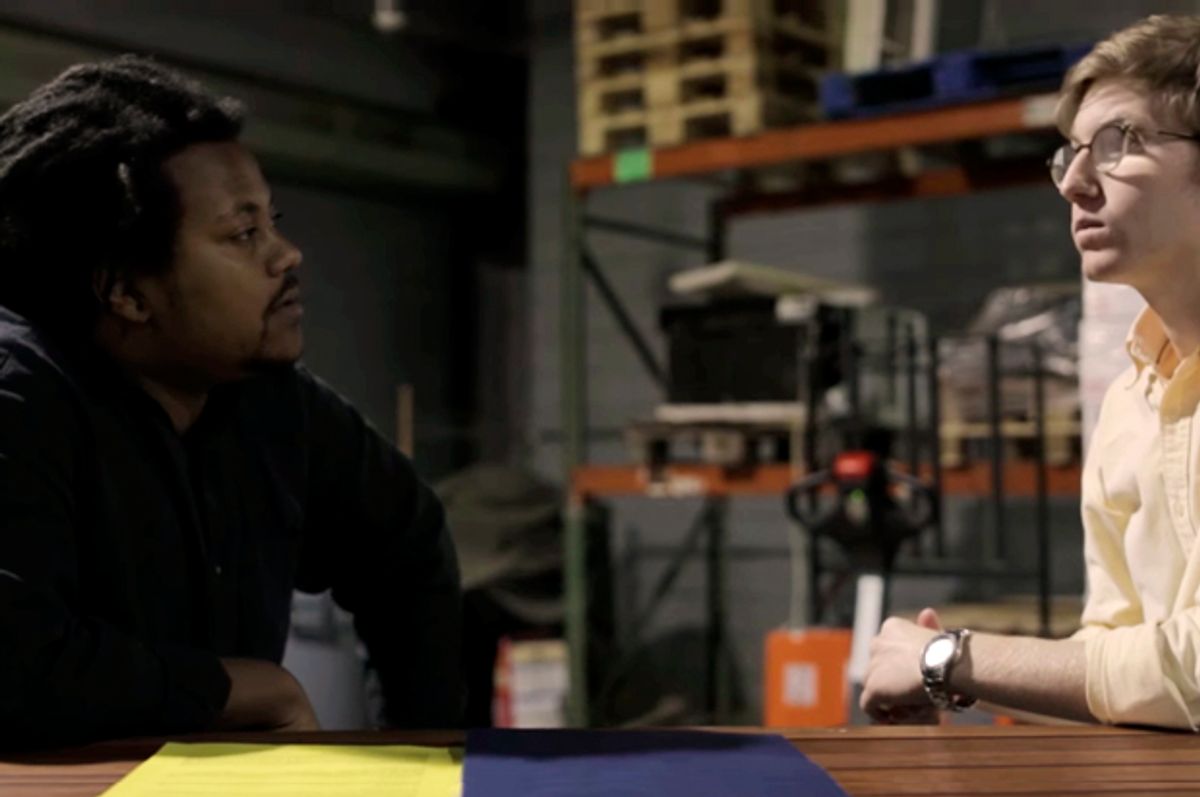 Heineken's inclusivity-themed "Worlds Apart" ad was so positively received when it was released last month that some called it the "antidote" to the now infamous Kendall Jenner-helmed disaster of a Pepsi commercial. But then, like all good and pure things on the internet, someone had to come along and ruin it with a parody.

The premise of the original Heineken ad was simple enough: Three different pairs of people, with vastly different political and social viewpoints get together to build a bar. The catch? They have no idea that their views are directly conflicting -- until they've finished building. The subjects of the Heineken ad are then given two choices: leave, or sit at the bar to discuss their differences over a Heineken. Of course, they all remain, and seemingly bridge the gaps between their conflicting ideals.

Upon its release, the ad seemed to be mostly free of negative press, and (gasp) people actually seemed to be enjoying the brewer's heartwarming encouragement of open discussions.

Then the comedy duo Never Sad released their spoof on Friday. The parody follows the original ad closely, before radically diverging at the end.

In the spoof video, a self-proclaimed white supremacist and a black man follow the original ad's lead and get together to build a bar. Or, in this case, unfold some folding chairs and stand up a fallen table. In the original ad, the pairs are invited to sit and discuss their differences over a beer. However, in the parody, it wraps up a little less satisfyingly, though arguably more realistically.

"You may go, or you may sit and discuss your differences over...a beer?" the black man reads the last instructions from a card. The two stare at each other for a moment, before laughing off the suggestion.

"Ha! I would never share a beer with you," the white supremacist laughs.

"They thought we'd sit and talk because they brought us a bloody Heineken?" the black man laughs along.

The video is, of course, a parody and by definition is supposed to mock. However, it did touch on one of the few (yet very real) concerns that were raised about the original ad -- the simplistic notion that viewpoints like transphobia can just be ushered out the door by a friendly offering of a free beer. The more focused parody also brings into focus that the original Heineken ad avoided racism -- arguably one of the most pressing social issues.

Basically, even if people like it and it warms your cold heart, nothing is sacred on the internet. Watch below: