“I don't know what I'm going to do," the Ohio Governor told Bill Maher Friday night on Real Time 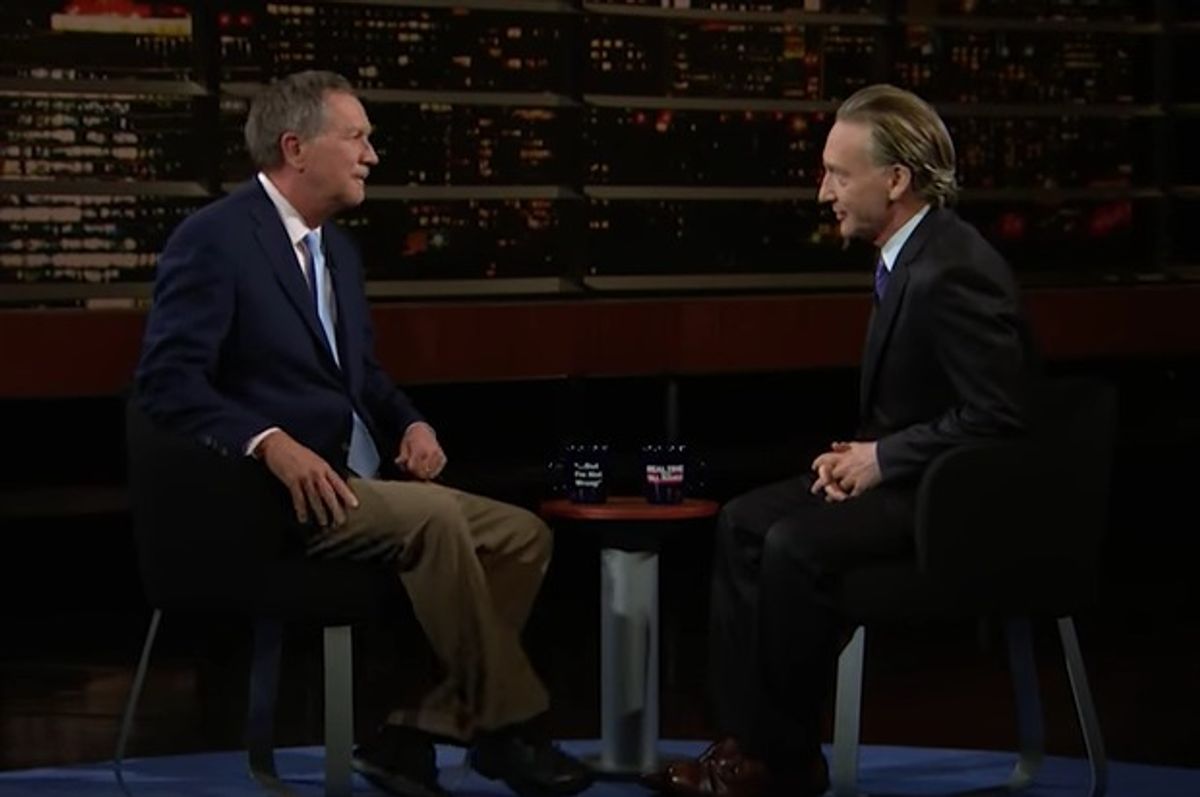 On Friday night's Real Time with Bill Maher, Ohio Gov. John Kasich (R) was the featured guest. Kasich was promoting his new book, “Two Paths: America Divided Or United”.  Surprisingly, the two discovered they agreed on many polarizing issues and found they were of like minds on everything from health care to medical marijuana. “Everything you say sounds so reasonable, but you said it as a candidate last time and it didn’t fly,” Maher said.  “The guy who’s not very reasonable kicked your ass, let’s be honest."

The crowd-pleaser portion of his conversation in his sit down with Maher focused on the swirl of questions surrounding the possibility of a 2020 presidential run.  Kasich is no stranger to a tough election process; and, when he challenged President Donald Trump in last year’s GOP presidential primary, Kasich realized he didn't have mainstream party support, especially after he failed to support Trump. The Republican has also been very critical of the president, so Maher asked him if he would run against Trump in 2020.

"I'm going to finish my term in 18 months as the governor of our state, pull the state together and get it to do better and better and better. That’s what I’m all about — giving everybody a shot. And then I don’t know what I’m going to do,“ Kasich said.  While he is not a fan of President Trump, Gov. Kasich said he would refrain from outright slights against him.

"I'm rooting for him to do well for the same reason I root for a pilot on my airplane to do well. He's the president," he said.