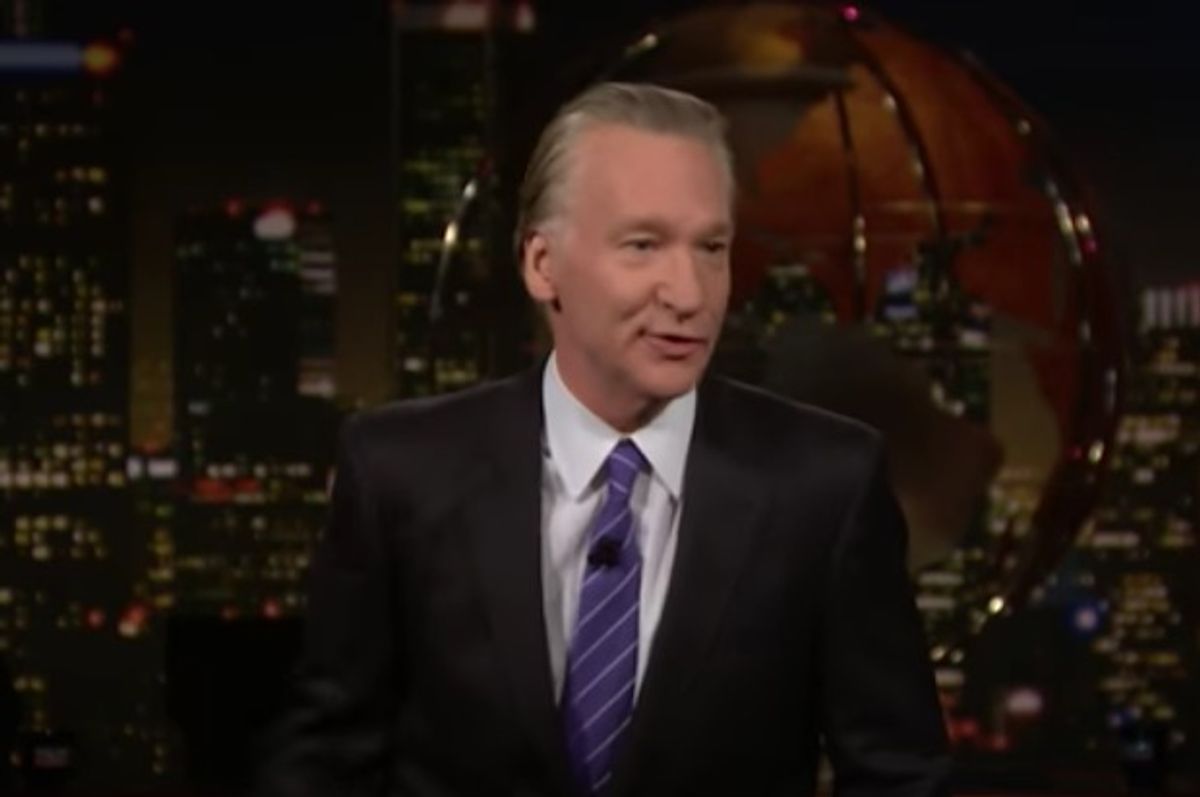 "Good thing California has medical marijuana," said Bill Maher Friday night in his opening Real Time monologue, "because when the Republicans get done with healthcare, that's the only treatment you're gonna have!" Much of his opener referred to details of House Republicans' passage of a bill this week that would replace Obamacare with a myriad of cost-cutting, conservative initiatives.  The bill caused media and public outcry in large part due to it's reinstatement of pre-existing condition language that Obamacare had removed, insurance coverage for the vast majority of American people needing health care.  Maher said, in effect, that they were telling Jimmy Kimmel's baby to "go screw yourself."

"[N]ever underestimate these bastards," he said. "We thought we had them a couple months ago, healthcare came up in the House, didn't pass, oh, these f**k ups. Nope, they did it. They did it the other day. They told Jimmy Kimmel's baby, go screw yourself."

The joke is in reference to Kimmel's emotional monologue on "Jimmy Kimmel Live" about the health system changes, during which he spoke about his newborn son's heart defect. This, Kimmel said, would represent a pre-existing condition not covered by insurance under the new rules. Under Obamacare, the child would have had full coverage.

The GOP bill "basically lets the states be the bad guys and deny coverage of people with pre-existing conditions," said Maher angrily.

He went on to criticize House Republicans for their festive celebration of these new healthcare parameters in the Rose Garden at the White House.  "There they are. Look at them, high-fiving each other and congratulating him. Look at all these white a**holes," Maher said. "Somewhere there's an Elks Lodge going: where's everybody? Trump got carried away and grabbed a pu**y, [House Speaker Representative] Paul Ryan."