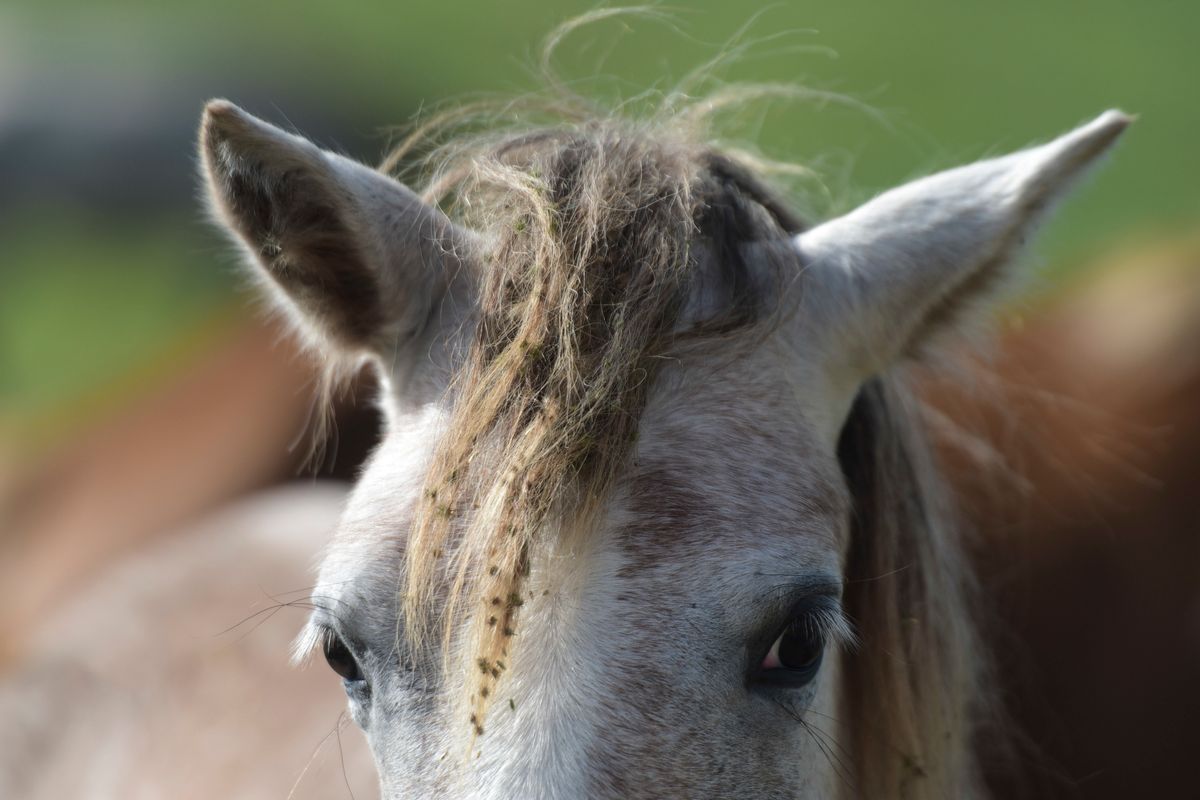 Big pharmaceutical corporations are far from having an unblemished record when it comes to their treatment of animals. But recent investigations conducted by the German Animal Welfare Foundation have revealed practices involving horses have shocked even experienced animal welfare experts.

According to the Animal Welfare Foundation, the German corporation IDT Biologika has fostered a lucrative relationship with horse farms in Argentina and Uruguay in order to procure the hormone PMSG, now more correctly called equine chorionic gonadotropin (eCG), for their products. The hormone is only found in the blood of mares in early pregnancy, so farms repeatedly impregnate the horses, and siphon off as many as ten liters of blood in a single session, week after week, over a period of up to 11 months to secure the hormone.

Once extracted, PMSG/eCG is mainly used to make products that manipulate the breeding cycle of pigs. Administered by injection, it synchronizes pigs' cycles and makes the industrial production of piglets more efficient.

For some horses, the procedures used to harvest the blood cause anemia and, given the huge volumes of blood removed (up to a quarter of the total blood volume), can send them into shock—or even lead to death. The survivors will have their pregnancies terminated, so the cycle can begin again. Around 30 percent of horses die as a result of this endless cycle of repeated impregnation and blood harvesting. Those that do survive are shipped straight to slaughter once they are too old or weak to become pregnant.

For members of SumOfUs (of which I am the executive director), these were facts that could not be ignored. 200,000 of us called on IDT Biologika to do the right thing, delivering a petition to their headquarters in Germany on April 19, when a group of campaign supporters turned up on the doorstep of the corporation. SumOfUs members also bombarded the corporation’s Facebook page, calling on them to justify their practices. We asked for a sit-down conversation with IDT Biologika representatives, but they were not willing to meet.

IDT Biologika's refusal to talk is not entirely surprising. Big pharmaceutical corporations have a long history of believing themselves to be above public opinion. Whether finding favor with President Trump or lobbying for trade deals that would push up their profits, big pharma has earned its dubious reputation.

The evidence, however, is that no matter how large and powerful the corporation, people power has the potential to challenge their status. Our petition delivery was covered widely in German media, and interest has extended into the international media. Legislators are also starting to pay attention. Last summer, our campaign partners from the Animal Welfare Foundation met with officials at the EU Commission in Brussels to discuss the practice, and officials committed to review the research evidence with a view to taking action. Whatever their approach to addressing the criticism, IDT Biologika can no longer assume that battening down the hatches and disregarding the complaints will make the problem go away.

Whatever pharmaceutical corporations choose to believe about their own invulnerability, however, the truth is different. Time and again, activists have proven themselves stronger than big pharma's corporate defenses. People-powered victories against big pharma have a long and honorable history, including wins that produced seismic shifts in global health crises, such as the Treatment Action Campaign’s victories in securing access to affordable medicines to treat and manage HIV/AIDS in South Africa.

Smaller-scale breakthroughs are more frequent: SumOfUs members were part of a global outcry in response to the behavior of Martin Shkreli, the hedge fund manager who acquired patents to essential medicines and forced a huge price increase, jeopardizing access to health care for millions of people at risk of contracting malaria, or living with HIV / AIDS. More recently for SumOfUs, our members celebrated progress against pharmaceutical behemoth Merck, Sharp and Dohme (MSD), which recently stopped sourcing the controversial hormone in South America for its European markets. This is an indication that they are becoming concerned about associating themselves with the practice, as the “blood farming” approach has mostly been found in Argentina and Uruguay to date.

MSD's starting to distance themselves from these inhumane practices leave IDT Biologika isolated: It is the last manufacturer in Germany that still gets PMSG/eCG from horse blood procured in these farms. The company’s complicity in buying from farms that use these methods damages its brand, and diminishes its public credibility. SumOfUs members have already demonstrated that even "big" pharma is dwarfed when it takes on public opinion. IDT Biologika could save itself a great deal of trouble by reaching the same conclusion, and kicking these cruel processes out of its supply chain.

Sign the petition asking IDT Biologika to cut its ties with these cruel blood farms.

Hannah Lownsbrough is the executive director at SumOfUs, an international consumer watchdog.