On “This Old Dog,” Mac DeMarco’s two sides become one

DeMarco’s new album is one of his best 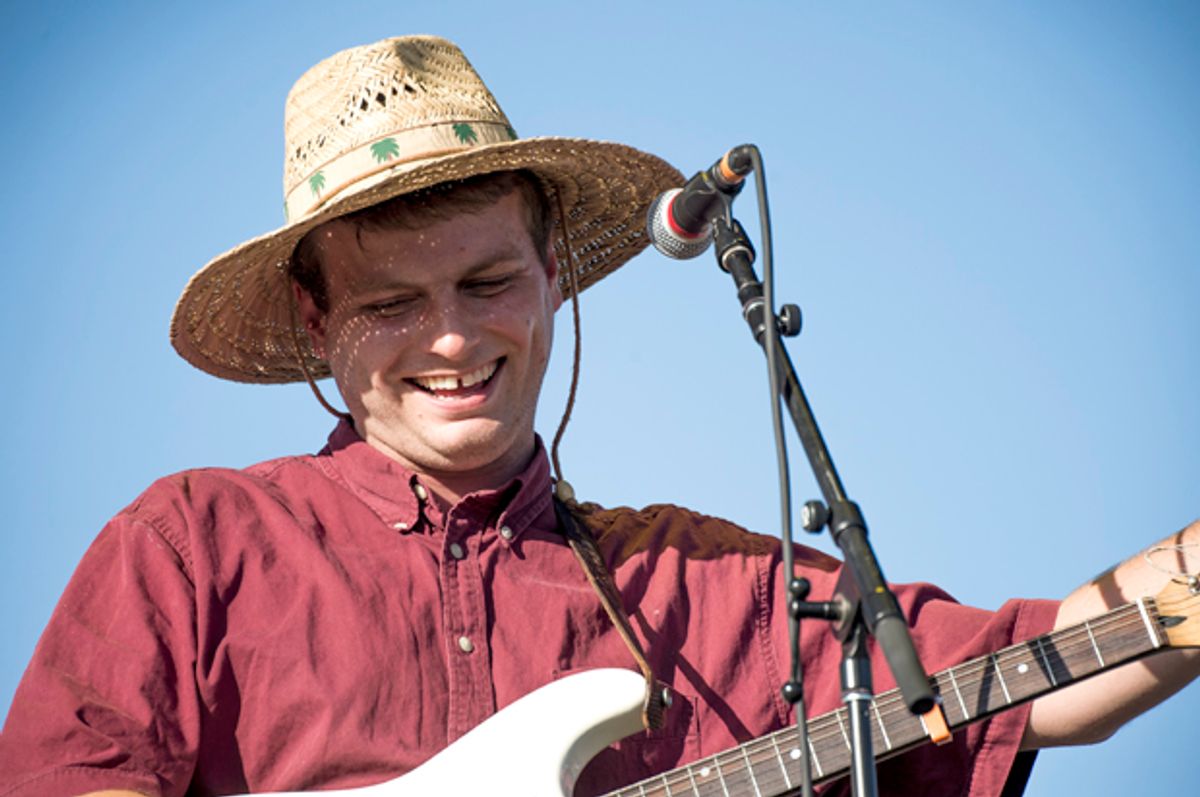 I imagine Mac DeMarco’s music is what synesthetes hear when they lie in the grass watching the clouds pass. It’s mellow, loping, spliced by rays of sunshine. And it’s amorphous. A song might change shape or pass into the next unregistered. His lyrics are personal and spartan, and yet hazy enough that two people might come away seeing two different shapes — say, a dying father or an ex-old lady.

Those, at least, are the two blurring images on DeMarco’s newest LP, “This Old Dog.” The album, DeMarco’s third full-length, begins with the 27-year-old oddball acknowledging his growing resemblance to his estranged father. “Uh-oh, looks like I’m seeing more of my old man in me,” he sings on the album’s opener, “My Old Man.”

The impetus for DeMarco writing about his father, whom he grew up without and has publicly described as “kind of a piece of shit,” was his father growing gravely ill. “It was my ‘See you later, partner,’” DeMarco told the New York Times. His father, it turned out, would live longer than expected. “I didn’t think he would ever hear the songs,” DeMarco said in the same interview. “Now he’s like, ‘I’m baaack,’ and I’m like, [expletive].”

DeMarco’s music is exceedingly pleasant, but it’s often saturated with a jaunty sort of sadness — of love lost, aging, general searchingness. He typically sings softly, in a wistful tone. Though his music bears no sonic resemblance to the hard-rocking Stooges’, his minimalist approach to songwriting resembles Iggy Pop’s: a few words can do a lot of work. It often sounds like DeMarco is making children’s songs for adults. “Often a heart tends to change its mind/ A new day decides on a new design,” he sings on the album’s title track.

The forlorn quality in his music is at odds with the public persona DeMarco projects. He is a cheery, gap-toothed Los Angeles via upstate New York via Canada hipster who chain-smokes cigarettes and has been known to perform U2 covers nude with a drumstick up his butt. “My music is one thing, and then there’s also this weird personality that people attach to it,” he told The Times.

The weird personality stems not only from DeMarco’s onstage antics. He is a savvy navigator of the internet blogosphere, who has given countless zany interviews, many of which have nothing to do with his music. He ended his last album by giving fans his address and telling them to come over for a cup of coffee. And with his floppy hats, stubble and ripped jeans, he has a defined look: the sort of stoned slacker who overuses the word “rad” — though he claims to not smoke weed.

In numerous interviews, DeMarco has made a point of noting that he tries to eliminate any gap between his public self and private self. But then, how to reconcile the vulnerable intimacy in his music and the cheeky comfortability he projects elsewhere?

This record, more than any other, provides answers — or, at least, a lot of psychoanalytic speculation: Does Mac DeMarco act out to get attention? And is that need for attention the product of his disconnected relationship with his father? And what of lines like “These days are better without one another” (on “One Another”) and “Honey, my heart still beats for you even though you don’t feel it” (on “Still Beating”)? Is he putting himself in his father’s shoes or connecting his own commitment issues to his father’s?

Truths abound. But the sounds are where a less complicated satisfaction resides. The slightly metallic lushness of the synthesizers and the jangly acoustic guitars will make even the non-synesthete see clouds and want to spend time parsing this shaggy mutt’s longing bark.