Stop blaming "identity politics": With white liberals like these, who needs the right wing?

Obsessed with their own masochism and insecurity, white leftists keep beating themselves up for Trump's victory 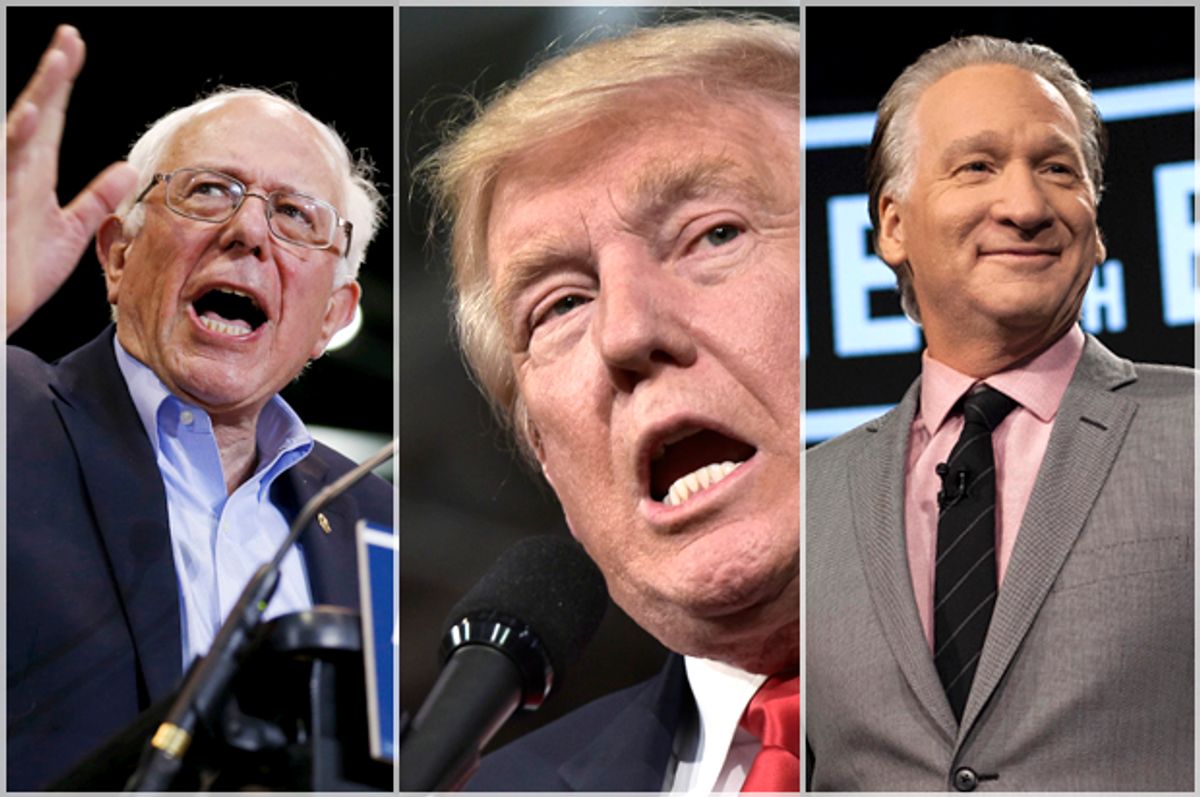 Is there any problem in America not the fault of liberal progressives? Has anyone actually ever met a liberal? What do these people do for fun? Sneer about cultural appropriation, burn American flags, and mock old women wearing crosses?

The idea that every political, social and financial crisis in the United States has a liberal origin is not only the propaganda of right-wing tantrums, but increasingly since the surreal election of Donald Trump, an obsession of liberals themselves. Myopically fixated on their own masochism and pathetic insecurity, they have wasted precious airtime, intellectual energy and freelance budgets of popular publications in attempts to explain how exactly they are to blame for 62 million Americans driving or walking to the polls to vote for a historically illiterate fool whose character actually appears in worse shape than his acumen.

Bernie Sanders, a leftist rather than a liberal, was one of the first to incoherently assign the presidential loss to the failure of “identity politics,” failing to recognize that Donald Trump is the most powerful practitioner of identity politics in the world. Mark Lilla, a Columbia University professor, acted as eloquent parrot to Sanders when he wrote that the Democrats’ fixation on diversity cost them the election. Recently, Bill Maher, whose derangement seems to advance with every television appearance, told Jack Tapper that the Democratic Party failed in 2016 because its leaders “made white people feel like a minority.”

Caitlin Flanagan, an excellent writer regardless of the inanity of her topic, blames Bill Maher for Trump’s victory, or more broadly, “late night comedy.” “When Republicans see these harsh jokes,” Flanagan explained about the humor of Stephen Colbert, Trevor Noah and Samantha Bee, “they see exactly what Donald Trump has taught them: that the entire media landscape loathes them, their values, their family, and their religion."

One has to wonder: With liberals like these, who needs reactionaries? Trump voters told pollsters that “diversity comes at the expense of whites” and that the federal government, throughout American history, has provided too much assistance to black citizens. Maher, Lilla and Sanders would not identify the problem with the white electorate as racism, but insufficient coddling and pandering from Democrats. The crucial aim of American politics, according to the increasingly widespread view of opposition to “identity politics,” is to make white cowards and bigots feel that they have no need for growth, and that they are the center of the universe.

No one ever quite explains how even the most idealistic of Democrats could “reach out” to the 61 percent of Trump primary voters who believe that Barack Obama is an illegal immigrant born in Kenya and smuggled through customs as part of a Manchurian candidate conspiracy, but liberals will maintain that a large number of racists voting for a racist is somehow their fault.

Progressives were too “politically correct” or “self-righteous,” as a former Obama official phrased it for the Atlantic, and they are incapable of seeing beyond the “blue bubble,” to cite a boring bromide forever playing on repeat in television studios and radio stations across America.

All but the densest of observers will notice that all the self-flagellators share one common characteristic: they are white. People of color do not seem apologetic or stupefied over Trump’s victory. Expertly, and often violently, acquainted with the anti-intellectual and resentful failures of white America, many black and Latino Americans are able to clearly identify the villain in the story.

When I asked a black friend and former coworker what she thought of Trump’s triumph at the polls, just a week after the results, she expressed disgust and said, “I wasn’t surprised.” I did not interpret her comprehension of America’s comfort with bigotry as an indictment of Clinton for not campaigning in Wisconsin or as criticism of overly zealous college students, satirical stand-up comics, or anyone else offered as a shield to deflect attention away from the real problems of American culture, and the refusal of white America to advance with an increasingly multicultural and multiethnic society.

In her essay on the evils of comedy, Flanagan writes, “Somewhere along the way, the hosts of late night shows decided that they had carte blanche to insult not just the people within Trump's administration, but also the ordinary citizens who support Trump.”

Emmett Rensin, writing for Vox, once crowned me the most “smug” of liberal essayists. So, as the smug liberal elitist out of touch with the real America, I would like to advance a radical notion: In a democracy where citizens are free to vote for their preferred candidate without coercion, the people most responsible for the outcome of an election, good or bad, are the voters.

Everyone is looking for someone to blame for the weird and dangerous reality of President Donald J. Trump. Well, here is a good place to start: the 62,904,682 people who voted for him. The Trump administration and the “ordinary citizens” who support him are not exactly disconnected. A Trump administration would not exist if not for the “ordinary citizens” Flanagan would like to romanticize.

I, like most anyone else who was horrified at the turnout, know and love people within the Trump coalition, but personal affection should not preclude acknowledgement that something is amiss with someone in their right mind supporting a con man who boasted of committing sexual assault; proclaimed that women deserve punishment for abortion; routinely insulted African-Americans, Mexicans and Muslims; mocked a disabled journalist; and demonstrated profound ignorance of the basic tenets of American history, law and governance.

The internal ombudsman of most liberals, especially in comparison to the shameless right wing, is a healthy feature of progressive politics. It encourages contemplation and reflection, often leading to helpful self-criticism. Taken to an extreme, however, it becomes a liability — it prevents movement, clouds judgment and obfuscates reality.

Maybe women’s studies professors, civil rights activists and provocative comedians — all of whom, with their own tactics, are attempting to civilize and humanize American life — are not responsible for the behavior of people who chanted “build the wall” or shouted “bitch” when Trump mentioned the name of his opponent. Maybe some element of American culture should hold adults accountable for their own actions. Maybe the problem is not making racists feel bad, but racism itself.

An important consequence of the liberal humiliation ritual is that it not only obscures genuine understanding of American culture, but insults or ignores the Americans who, even with comics cracking jokes and the occasional leftist on Twitter making a stupid remark, managed to make the right decision.

Flanagan and many others believe that mockery of religion helped usher voters into the arms of Trump. Black women are the most faithful Christians in the country, but 94 percent of them supported Clinton.

The “smug elitism” of liberals did not prevent 91 percent of black women or 82 percent of black men without a college degree, or a large majority of Latinos without higher education, from voting for Clinton.

The dedication of American culture to protecting the fragile white ego in denial of widespread white mediocrity is without limit. According to this worldview, black crack addicts in the 1980s and ’90s represented a grave threat to civilization, while white heroin junkies are the human face of a “medical crisis.” Black and Latino poverty is the result of laziness and lack of discipline, but poor white people are the victims of a worldwide economic conspiracy. Donald Trump is not the problem of the tens of millions of whites who voted for him, but the liberals who opposed him.

The colorblind and racially illiterate view of Sanders, Maher and company amplifies an odd interpretation of politics and sociology. White Americans are worthy of criticism only when they commit the ultimate sin — criticizing other white Americans.