Surprising stuff happens to men who earn less than their wives 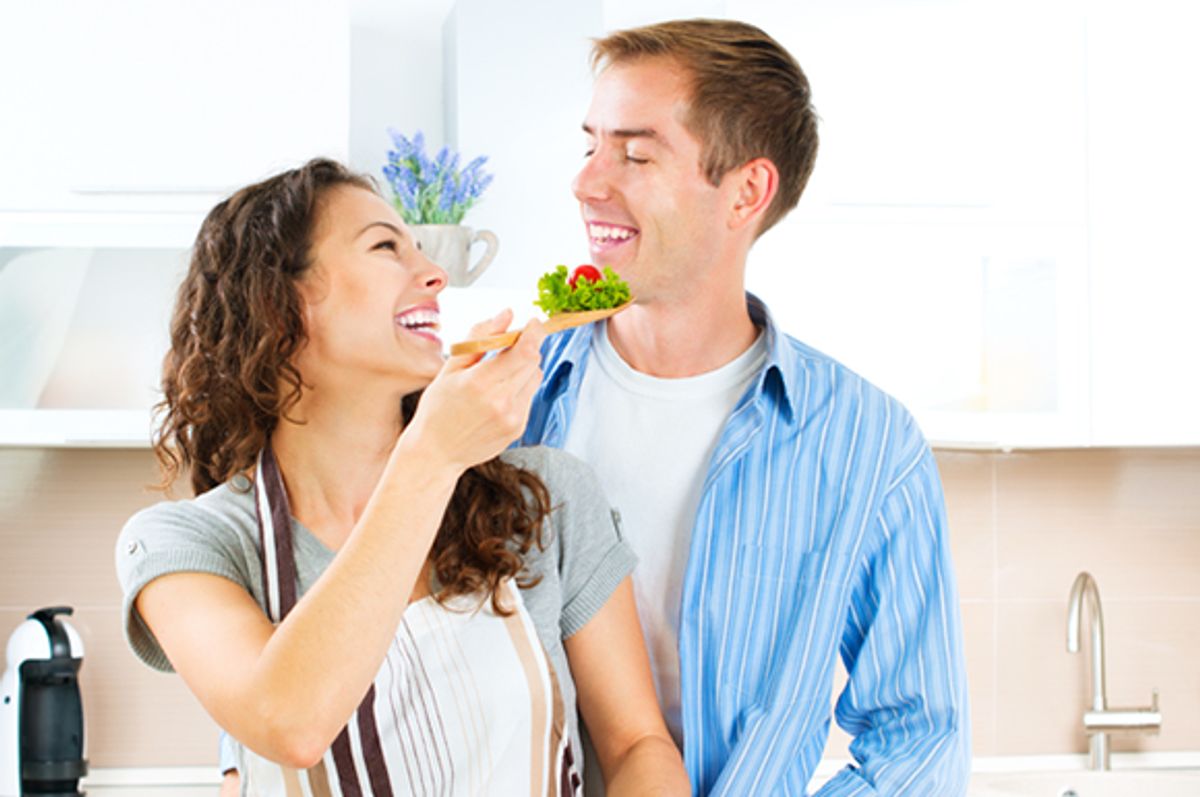 Masculinity got a shakeup in the wake of the Great Recession. Fresh research finds that the financial tsunami did more than wipe away men’s incomes; it affected their minds. Especially when their female partners earn more than they do.

A little background: Since the 1980s, the number of American households in which women take home the bulk of the bacon had been slowly climbing. From 1987 to 2006, the ratio of working wives who brought home more than their working husbands jumped from 18 percent to 26 percent. For all married-couple families where the wife works—whether hubby is working or not—the figure grew from 24 percent to 33 percent. That’s a pretty big shift, and it was bound to send a lot of guys into confusion about what they were doing and what was expected of them.

In the past, even though women’s earning power grew as they increasingly went to college, took less time out to raise kids and sallied forth into fields previously reserved for men, the unemployment rate between guys and gals stayed about the same. Joblessness was kind of egalitarian.

Between December 2008 and March 2010, something changed. The unemployment rate for men over the age of 20 during that period was over two points higher than women, which is actually a lot. In fact, the Recession produced the biggest postwar unemployment rate among men and the largest male-female jobless rate gap. A lot of this, as you may have heard, came from the disappearance of manufacturing and construction jobs. That has led to men with emptied savings accounts, plummeting credit scores and all manner of economic slaps in the face.

Guys got really confused. They started to feel bad and act out. Drug abuse, especially among white men, increased. Women reported more violence and controlling behavior from their husbands. Men killed themselves in higher numbers. That much we know. But now we’re finding that their attitudes on politics also underwent a shift.

Dan Cassino, a political scientist at Fairleigh Dickinson University, has been tracking the social views of individual men over time and publishing his findings at the Harvard Business Review. A study of his showed, for example, that men who reported being worried about earning less than their wives or live-in partners reduced their support for Hillary Clinton in the 2016 election. Notably, it didn’t affect their support for Bernie Sanders.

Now why would that be? If you guessed, “Because Bernie is a dude,” you’d likely be right.

Cassino found that when men were primed to consider earning less than women, they felt less excited about a female president, presumably because their masculinity felt threatened. “Being the breadwinner has been a linchpin of U.S. men’s masculinity for decades,” wrote Cassino, “so even the potential of making less than one’s spouse threatens accepted gender roles.”

Researchers have long known that ideas about masculinity impact how men behave; one study showed that when their masculinity is threatened, men are more likely to buy an SUV and assert themselves as household decision-makers. Sociologists call this “overcompensation”: when you aren’t feeling masculine, you want to do things that show you’re manly. Another report showed that when men feel threatened as men, they are more likely to sexually harass women in the workplace—but not just any women: high-ranking women.

In a fascinating bit of research, Cassino looked at 854 men who were interviewed up to three times at two-year intervals between 2006 and 2010. Because they were asked some of the same questions, he could see how their attitudes shifted over those years of economic turmoil. Turns out that overall, their support for abortion diminished. Their support for government aid to African Americans also tended to drop.

When he broke the numbers down by political affiliation, he found that among Republican men who earned less than their wives than they did two years prior, the drop in support for those two policies was significant. Also, the more the men’s income fell relative to their spouses, the more their support for these policies decreased. That's bad news.

But that’s not all. Cassino found that some groups of men, particularly those who are young and liberal, were more likely to support Hillary Clinton when they were primed to think about threatened gender roles (support for Bernie didn't change). And among Democratic men, losing income relative to spouses caused a slight increase in support for abortion and aid to African Americans.

Wait, is he saying that thinking of making less money than their spouse makes liberal men, especially young ones, even more liberal?

In a way, yes. Cassino thinks that when your masculinity gets threatened, you tend to double down on whatever it is you were thinking politically, though in this case the phenomenon seems to be stronger among Republican men, which might be because in their work lives and social lives, they are more attuned to a version of masculinity that is attached to ideas of dominance and hierarchies, which are wrapped up in questions about what rights women and minorities should be entitled to.

“When faced with a gender role threat,” writes Cassino, “liberal men come to hold more liberal views on abortion, while conservative men come to hold more conservative views.” He reckons that his findings could also mean that young, liberal men are struggling to figure out alternative models of masculinity, which may translate into support for those who have been oppressed and greater respect for women. They may be finding their manhood in rebelling against tired ideas about masculinity that have been handed down in America. Rebelling feels empowering. It feels good.

Some men in America, especially on the left side of the spectrum, have been expressing the view that Trump’s masculinity as weak and fragile, rather than strong. Mike Campbell, writing for the Good Men Project, finds that Trump’s projection of what manhood means could be a positive thing in that he shows clearly “what a man is not, nor should ever be.” Sometimes, writes, Campbell, “it’s the villain who provides space for the hero to show up,” and allows us to “slowly start to make change on the path to manhood.”

His words reflect a national conversation that is happening now about what it means to be a strong man. It could mean being oriented toward service to others, as it is in Iroquois culture. Or it could mean providing for your family by creating emotional security rather than just financial security.

As a society, we could help give boys and men opportunities to rethink manhood by emphasizing the value of contributions that have been traditionally associated with women in the West, like care giving and the emotional work of bonding and collaborating with others. Men need to know that positive masculinity can be sought in wide range of paths and careers: If we teach them that jobs like nursing, teaching, and working in elder care are consistent with masculinity—and fight to ensure that such jobs are well-paid and that there is training available for men who want to pursue them—we will be helping this transformation. If we celebrate men who raise kids at home or need to take family leave, that would be a great thing, too. CNN Money has just highlighted a list of the best places for working dads, with Netflix at the top—the company has posted a policy of offering unlimited leave for new parents of either gender. Check it out:

“…Today we’re introducing an unlimited leave policy for new moms and dads that allows them to take off as much time as they want during the first year after a child’s birth or adoption…. each employee gets to figure out what’s best for them and their family, and then works with their managers for coverage during their absences...”

Wouldn’t it be nice for everyone if focusing on the quality of life rather than earning the biggest paycheck were not considered a masculine thing or feminine thing, but simply a human thing?

Anyhow, being a male breadwinner isn’t all it’s cracked up to be: One study shows that men who are the sole source of income for their family showed poorer psychological and health outcomes than men whose paychecks were roughly the same as their wives.

Lynn Parramore is contributing editor at AlterNet. She is cofounder of Recessionwire, founding editor of New Deal 2.0, and author of "Reading the Sphinx: Ancient Egypt in Nineteenth-Century Literary Culture." She received her Ph.D. in English and cultural theory from NYU, and she serves on the editorial board of Lapham's Quarterly. Follow her on Twitter @LynnParramore.