For years, Donald Trump has been single-payer-curious. But his new bill is a just a massive giveaway for the rich 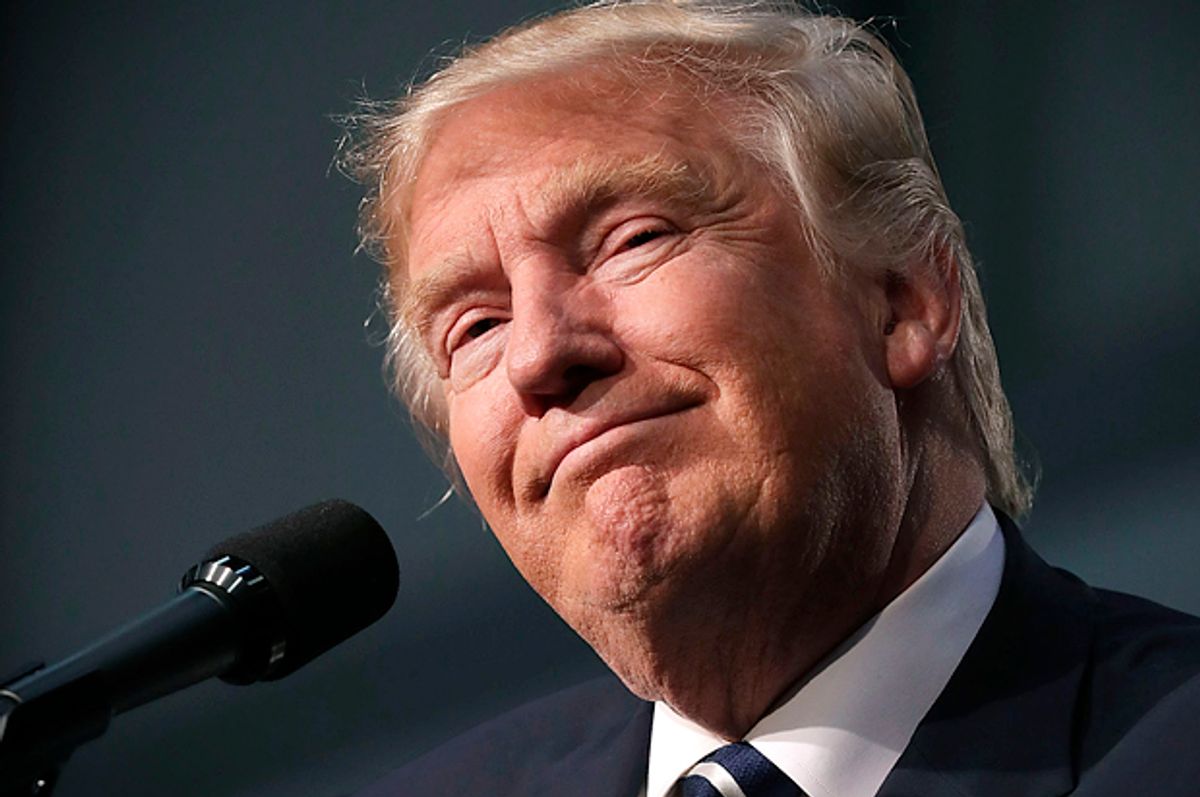 It’s worth noting yet again that the Trumpcare bill, as passed by the House late last week, will hurt President Donald Trump's voters more than anyone else. Here’s why.

The MacArthur amendment, named after Republican Rep. Tom MacArthur of New Jersey, would let states opt out of covering basic health care needs as well as covering pre-existing conditions. In place of covering citizens with pre-existing conditions, Trumpcare would allocate a teeny, tiny fund to set up “high risk pools” through which sick and injured people would gain coverage. As we’ve seen in existing attempts to establish these pools, the coverage is basically old-school catastrophic coverage with high premiums, steep deductibles and, worst of all, next to no coverage. If the same states were to opt out of covering essential health benefits, per the law, the coverage for pre-existing conditions would be even worse.

So how does this opt-out language disproportionately hurt Trump voters? Obviously, the states most likely to opt out of covering pre-existing conditions and essential health benefits would be red states — states that voted for Trump, thus affecting Trump voters more than Democratic voters (though the latter would surely get hit as well).

At the same time, we know that 6.3 million Americans with policies purchased through the Obamacare exchanges live in Republican congressional districts. That’s 6.3 million out of 11.5 million covered through the marketplaces that Trump has repeatedly and falsely insisted are “dead.” And there are certainly millions of other Republicans covered through Medicaid, which Trumpcare will slash by an astronomically destructive $880 billion. And the Medicaid expansion would be entirely phased out by 2020 at the latest if Trumpcare becomes law.

No matter what Trump says about his health care bill, it’s safe to assume exactly the opposite is true — unless you’re wealthy. During his vastly premature victory lap in the Rose Garden last week, Trump repeated the same worthless superlatives about the bill: “And this is a great plan. I actually think it will get even better and this is, make no mistake, this is a repeal and replace of Obamacare. Make no mistake about it. Make no mistake. And I think most importantly, yes, premiums will be coming down. Yes, deductibles will be coming down, but very importantly, it's a great plan. And ultimately that's what it's all about.”

What he refused to admit is that his White House’s own study of an earlier draft of the bill showed that 26 million Americans would lose health insurance under Trumpcare by 2020. (That's even worse than the 24 million in the Congressional Budget Office's projection.) Worse yet, the Trump White House estimated that 54 million Americans would lose coverage by 2026 under the Trump-Ryan plan.

“We’re going to have insurance for everybody,” Trump said during the transition period before he took office — a promise that would never, ever come close to becoming true under his law.

Trump is simply being stupid and wrong about the status of existing law under the Affordable Care Act while, along with Ryan, he’s clearly lying about Trumpcare. The entire GOP leadership, for that matter, is lying about Trumpcare. If the president was truly in love with his new bill, why would he repeatedly flirt with the idea of a single-payer, "Medicare for all" system, knowing that Trumpcare is the furthest thing from that?

While conducting a joint press conference with Australia's Prime Minister Malcolm Turnbull, Trump turned to his counterpart and said, "I shouldn't say this to our great gentleman and my friend from Australia because you have better health care than we do." Finally, Trump tells the truth about something. Accidentally, perhaps? Difficult to tell.

Australia’s system, which provides universal government-run health insurance similar to Medicare, with the option of purchasing supplemental private insurance, is far superior to our mostly private  system. At the very least, an Australian-style Medicare-for-all system would make good on Trump’s promise to create “insurance for everybody.” When it comes to saving money for the people, the United States spends more than $9,024 on health care per capita, while Australians spend $4,177. At the same time, Australia spends less public money on health care per capita, likely because costs are lower and preventative services are more easily accessible.

Trump said the Australian system is better. Medicare for all is better. Of course there’s a chance he was bullshitting, as he so often does, but this wasn’t the first time Trump has been single-payer-curious. In his 2000 book, Trump (or at least his ghostwriter) wrote, "We must have universal health care. Just imagine the improved quality of life for our society as a whole."

He went on as follows: "The Canadian-style, single-payer system in which all payments for medical care are made to a single agency (as opposed to the large number of HMOs and insurance companies with their diverse rules, claim forms and deductibles) . . . helps Canadians live longer and healthier than Americans."

On the “Late Show With David Letterman” in early 2015, Trump praised the British system: "A friend of mine was in Scotland recently. He got very, very sick. They took him by ambulance and he was there for four days. He was really in trouble, and they released him and he said, ‘Where do I pay?’ And they said, ‘There’s no charge.’ Not only that, he said it was like great doctors, great care. I mean, we could have a great system in this country.”

Later that same year, Trump appeared on "60 Minutes" and promised, "I am going to take care of everybody. I don’t care if it costs me votes or not. Everybody’s going to be taken care of much better than they’re taken care of now."

Naturally, a single-payer plan would take care of everybody. Yet Trump now refuses to pursue it: Indeed, while Obamacare created a possible framework for building toward a public system, Trumpcare moves in the opposite direction. There’s literally nothing about the Trumpcare bill that resembles the national health care systems that Trump believes are superior to our own. Trump is deliberately ignoring his better angels (if he has any) for the sake of handing his wealthy friends a colossal tax cut — to be followed by another tax cut when and if he wins “tax reform.” In other words, Trump seems to know what’s best here, and instead is lying to everyone, including his supporters, in deference to the demands of the superrich. So much for handing power back to the people.

Sure, Trumpcare will take care of some of the people — the rich ones. Also, some of us in blue Democratic states will likely retain our coverage for pre-existing conditions and essential health benefits, so that’s something — kinda. But everyone else will be totally screwed by Trump’s eponymous legislative nightmare unless Democrats and moderate Republicans stop him — or Trump comes to his senses and retcons Trumpcare into Medicare for all, which even he understands would be clearly superior.