Monuments play a role in America's response to climate change because many harbor reserves of fossil fuel & timber. 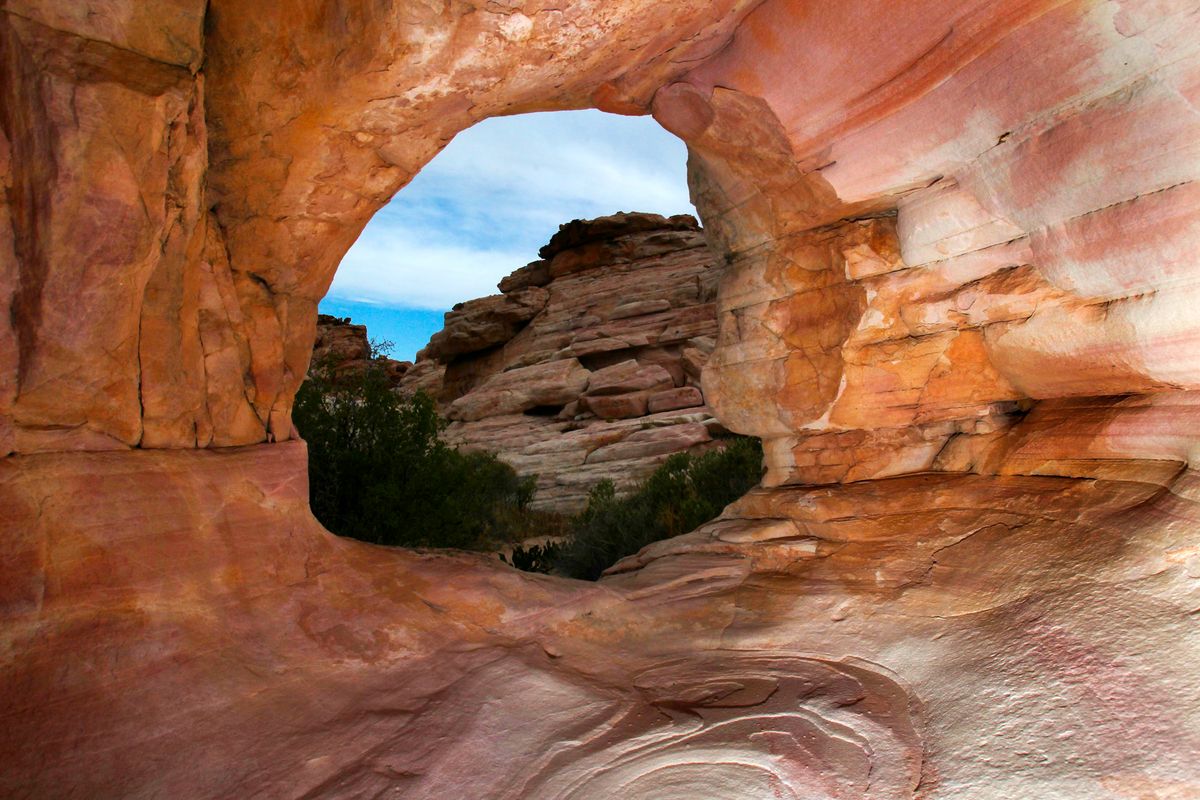 President Trump has directed the Interior Department to “review” all large national monuments created since 1996 to recommend ways for Congress to shrink or abolish them.

The directive came in the form of an executive order signed by the president Wednesday morning. It requires the department to make preliminary recommendations within 45 days and affects only those monuments that are larger than 100,000 acres.

Each of the monuments in the crosshairs was created using the Antiquities Act, a 1906 law that allows a president to unilaterally give national monument status to federal public land without congressional action. Historically, many monuments created using the act were later upgraded by Congress to become national parks.

“The Antiquities Act does not give the federal government unlimited power to lock up millions of acres of land and water, and it is time we ended this abusive practice,” Trump said before signing the order, singling out the new Bears Ears National Monument in Utah as an example. “I’m directing (Interior) Secretary (Ryan) Zinke to end these abuses and return control to the people — the people of Utah, the people of all the states, the people of the United States.”

In reality, the monuments are public land and most of them were public prior to being designated as national monuments. Federal law requires the government to include the public in many decisions about how the land is managed.

Zinke said Tuesday that the size of new monuments has been increasing in recent years, and the review is designed to investigate if they’ve been made too large without sufficient public input. He is expected to issue preliminary recommendations for Congressional or administrative actions to Trump within 45 days followed by a final report in four months.

National monuments play a role in America’s response and contribution to climate change because many of them harbor vast reserves of fossil fuel and timber, which are mostly made off limits to development when a monument is created. The monuments protect ecosystems vulnerable to climate change, store atmospheric carbon in dense forests and, in some cases, serve as sources of water for nearby communities.

The monuments the Trump administration is reviewing include the largest protected area on earth — Papahānaumokuākea Marine National Monument, which is nearly equal in size to the Gulf of Mexico.

The monument was created by President George W. Bush and was singled out by the National Oceanic and Atmospheric Administration last year as being highly vulnerable to climate change. It harbors isolated islands and sea life in the northwestern Hawaiian Islands.

Other monuments protect giant sequoias in California, remote mountain ranges in the Nevada desert, underwater seamounts off the coast of Massachusetts, a dense forest in Maine, the Rio Grande Gorge in New Mexico and, among many other places, millions of acres of desert in southern Utah.

“That’s in addition to the carbon storage — the importance of carbon storage and keeping carbon in the ground as we face the uncertainty of climate change,” he said.

Steve Bloch, legal director for the Southern Utah Wilderness Alliance, which advocates for national monuments in Utah, said the monuments are good for the climate because they help keep fossil fuels in the ground.

Monuments are closed to new oil and gas leasing and no new mining claims can be granted there, he said.

Beginning with President Clinton, each recent president has made liberal use of the Antiquities Act. Clinton’s 1996 creation of Grand Staircase-Escalante National Monument, which stopped the Utah desert from being strip-mined for coal, marked a turning point in the use of the act for public land protection and in political opposition to it.

Before 1996, presidents used the act to create national monuments only occasionally. Since then, 56 other monuments have been created, many of them protecting many thousands or millions of acres of land and open water.

Controversy surrounding monuments in the coal-rich region of southern Utah has been the driving force behind a mostly Republican movement to weaken the Antiquities Act and shrink or abolish the national monuments created under it.

Grand Staircase-Escalante National Monument is so rich with coal that the ground sometimes spontaneously combusts, the Los Angeles Times reported in 1996. But that coal was left off limits to development when Clinton designated the monument, rankling Utah lawmakers who were angry that the federal government was not paying attention to the needs of locals.

Since then, Utah’s anger has escalated to the point that the state has made a thus far unsuccessful call for the federal government to turn over more than 30 million acres of its land to the state.

“The Grand Staircase-Escalante National Monument was not welcomed warmly by many Utah residents,” said John Ruple, a professor at the University of Utah’s Stegner Center for Land, Resources and the Environment. “Over time, most Utahns have grown to appreciate the monument and a majority now back its retention. That said, the notion of a distant and detached federal government acting without adequate concern for local concerns helps explain some of the intense federal resentment.”

Utah’s congressional delegation has called it a “land grab.” The state’s government has long opposed federal ownership of land within its borders, saying locals can manage and develop the land more effectively than federal workers.

Many legal scholars believe that only Congress can make significant changes to national monuments or abolish them.

Mark Squillace, a natural resources law professor at the University of Colorado-Boulder, said there will be no legal hurdles standing in the way of Trump if he wants the Interior Department to recommend ways Congress can shrink or abolish national monuments.

“Congress plainly has the authority to rescind, resize or modify a national monument,” he said. “On the other hand, I think it highly unlikely that they will get any significant monument changes as they will need 60 votes in the Senate.”

Environmental advocates say the value of the monuments in terms of climate change, ecology and history is significant, and they’ll push back against any Trump administration efforts to diminish those protections.

“It’s very frightening because big picture, they’re looking to basically take away very important protections for some of the most stunning landscapes and cultural treasures,” said Randi Spivak, public lands director for the Center for Biological Diversity. “They couldn’t care less about how much Americans care about these iconic places.”