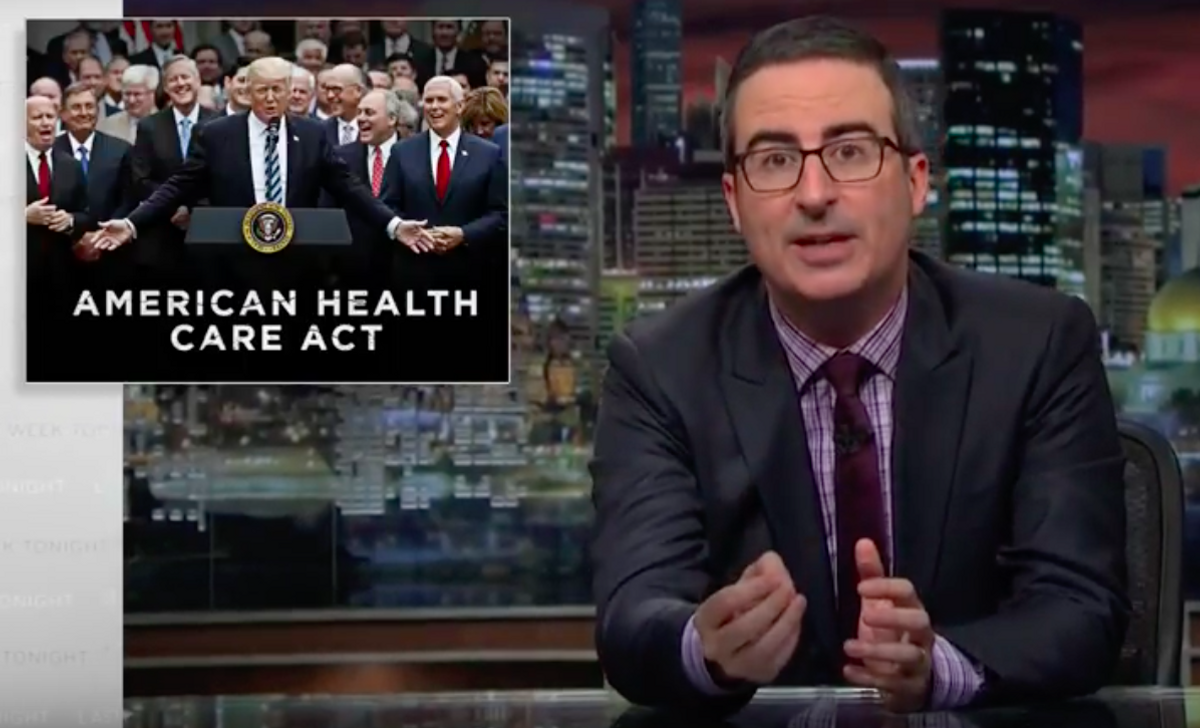 On Thursday, House Republicans passed the American Healthcare Act, but the fight's far from from over, explained "Last Week Tonight" host John Oliver late Sunday. Because, in addition to facing a tough vote in the Senate, members of Congress must own up to their actions upon facing their constituents during recess this week.

The hastily passed health care bill drew support from 217 members of Congress, although “multiple members . . . admitted they hadn’t even read the whole thing," Oliver pointed out.

For example, Rep. Mark Sanford, R-S.C., revealed on CNN he "attempted to read the entire bill" by turning every page; a move Oliver dismantled in seconds.

"That's not how you read a bill; that's how you check a bill for spiders," he quipped.

Rep. Chris Collins, R-N.Y., also lamented not having read the full bill, but told CNN it was the role of his staff to relay its contents.

“That is actually fair," Oliver said in response. "What really matters is that politicians like Collins fully understand the contents of this bill," which he doesn't.

"When the Buffalo News asked him if he knew that it would cut funding for a program providing insurance to over 600,000 low- and middle-income people in New York State, including 19,000 people in two counties that he represents parts of . . .[Collins] said, ‘Explain that to me,'" noted Oliver.

“OK, I can explain that to you right now,'" he continued. "This bill could cause many of your constituents to get thrown into an individual marketplace they cannot afford, and when they realize that, they are going to be furious with you,” he continued. “Essentially: you f*cked up.”