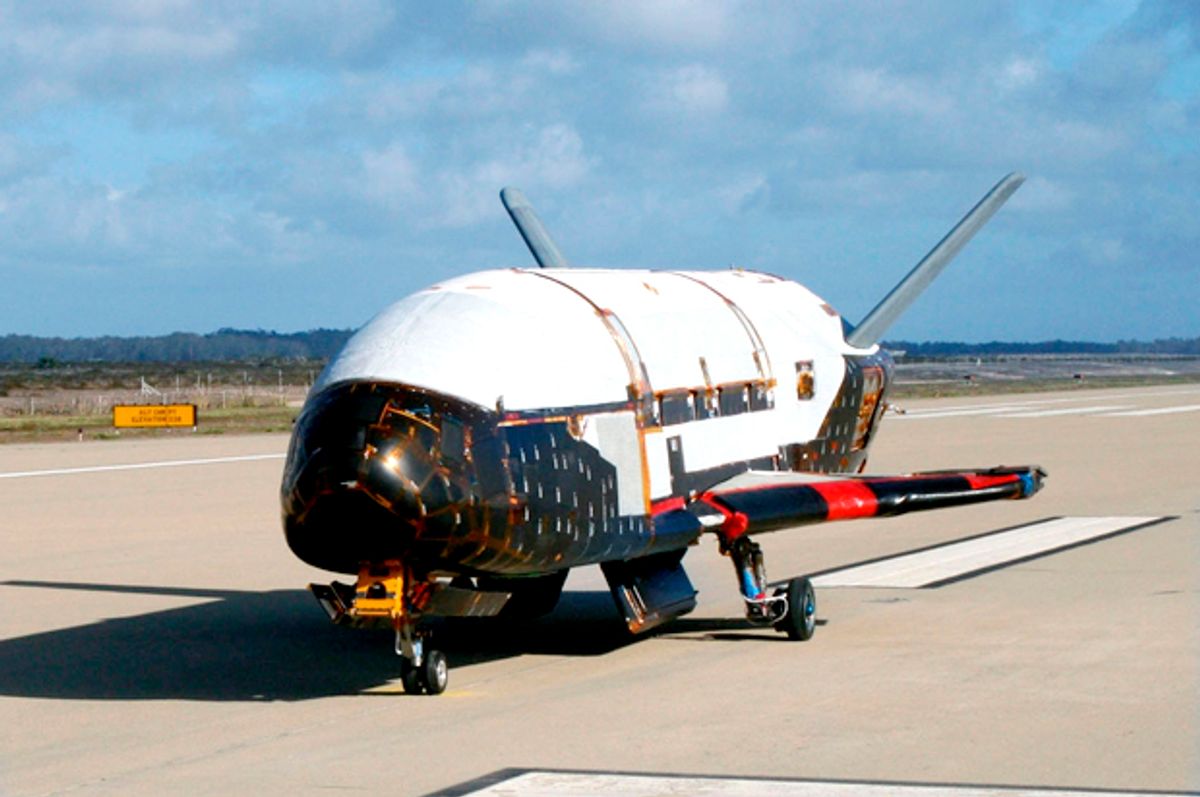 After circling Earth for more than 700 days, a secretive Air Force space vehicle landed in a not-so-secret fashion at Kennedy Space Center on Sunday. Central Florida residents were treated to a rare sonic boom before the so-called space plane touched down on Merritt Island.

Little is publicly known about the X-37B Orbital Test Vehicle, which resembles a cross between an unmanned military drone and a 30-foot-long space shuttle. Sunday's successful landing concludes the fourth and longest mission for the robotic reusable aircraft. The previous three shorter missions ended at Vandenberg Air Force Base in California.

The landing "marks another success for the X-37B program and the nation,” program manager Lt. Col. Ron Fehlen said in a statement. “The mission once again set an on-orbit endurance record.”

The spacecraft, whose development began in 1999, stayed in orbit for 718 days after riding on an Atlas rocket in 2015. When the unmanned mini shuttle launched from Cape Canaveral in May 2015, it took off vertically. It landed horizontally on Sunday.

Despite Sunday's less than subtle landing, the "space plane" remains shrouded in secrecy, which has led to considerable speculation that the low-orbiting spacecraft could be used for either combat or surveillance. NPR reported that hobbyist trackers identified that the orbit of a previous mission had gone over Iran, Afghanistan and Pakistan.

The theories of what the spacecraft could be used for have included the notion that it could take down enemy satellites or functioning as some form of futuristic troop-transport vehicle. One of the more popular and probable theories is that this is could become the most advanced spy plane in the U.S. arsenal.

The military has at least two of the 11,000-pound vehicles built by Boeing’s Phantom Works, the secretive military segment of the U.S. aerospace giant. One was first flown in the spring of 2010.