Sally Yates will tell the Senate all she knows about Michael Flynn, and Donald Trump is worried 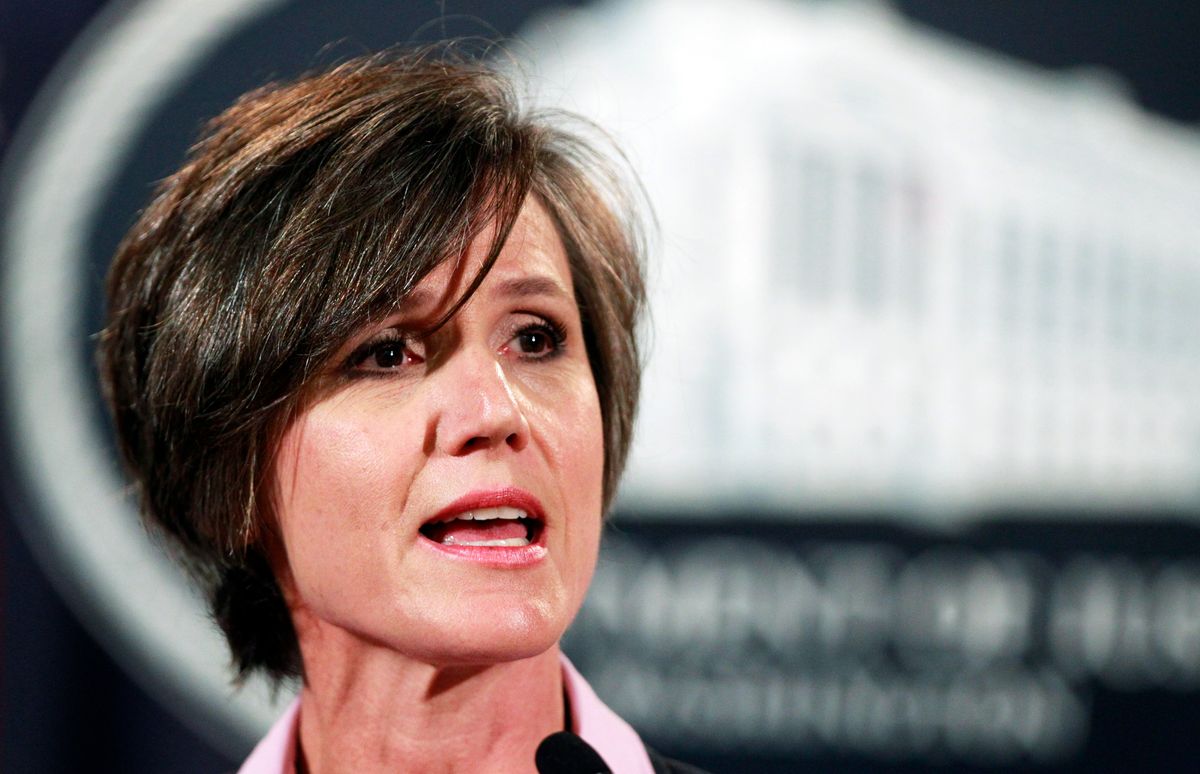 Flynn was forced to resign on Feb. 13 after information surfaced he had misled Vice President Mike Pence regarding previous contact he had with Russian ambassador to the U.S. Sergey Kislyak. Yates briefly served as acting attorney general until she dared the president to fire her for refusing to defend the controversial executive order restricting Muslim travel and immigration. She was dismissed on Jan. 30.

Yates, who has claim Flynn lied about not discussing Russian sanctions with Kislyak, and could be susceptible to blackmail over the contents of a phone conversation the two men had in late December.  Yates is expected to contradict statements made by White House Press Secretary Sean Spicer and Chief of Staff Reince Priebus, who had previously downplayed the significance of what Yates told McGahn.

“[Yates and Department of Justice officials] wanted to give a heads up to us on some comments that may have seemed in conflict,” Spicer said during a Feb. 14 briefing with reporters. “The White House counsel informed the president immediately. The president asked him to conduct a review of whether there was a legal situation there. That was immediately determined that there wasn’t.’’

Trump took to his personal Twitter account early Monday, accusing the “Fake News” of not pointing out that Flynn “was given the highest security clearance by the Obama Administration.”

Flynn had served as President Barack Obama’s head of the Defense Intelligence Agency from July 2012 until he announced his retirement from the U.S. Army in August 2014. At the time, Flynn claimed he was pressured to retire after contradicting Obama about whether or not radical Islamists were close to defeat in Syria. Journalist Seymour Hersh reported in January 2016 that Flynn was warning Obama against toppling Syrian President Bashar Assad, a stance shared by Russia, because the Islamic State group was making significant gains in the war-torn country.

Flynn has been at the center of an ongoing debate over Russian interference in the last U.S. presidential election, and the extent of ties to Moscow by numerous Trump officials, as well as Trump himself. Flynn was paid to appear at several Russia-related entities, including $45,000 from RT, Moscow’s media mouthpiece.

As former CEO of ExxonMobil, Secretary of State Rex Tillerson has also had close interactions with Russia’s government controlled energy giants Rosneft and Gazprom. Attorney General Jeff Sessions has admitted to meeting twice with Kislyak, though he denies any impropriety in those interactions. Former Trump campaign advisors Carter Page, Roger Stone and Paul Manafort have all been implicated in having Russian contacts during the presidential campaign.

The Senate subcommittee hearing headed by Sen. Lindsey Graham, R-S.C., will takes place after a similar appearance in the House was cancelled last month after lawmakers disputed over whether Yates should be allowed to discuss the issue.