Sympathy for the conservative pundit: No safe spaces for snowflake bashing

If commentary is the "marketplace of ideas," why are conservatives trying to protect the worst takes? 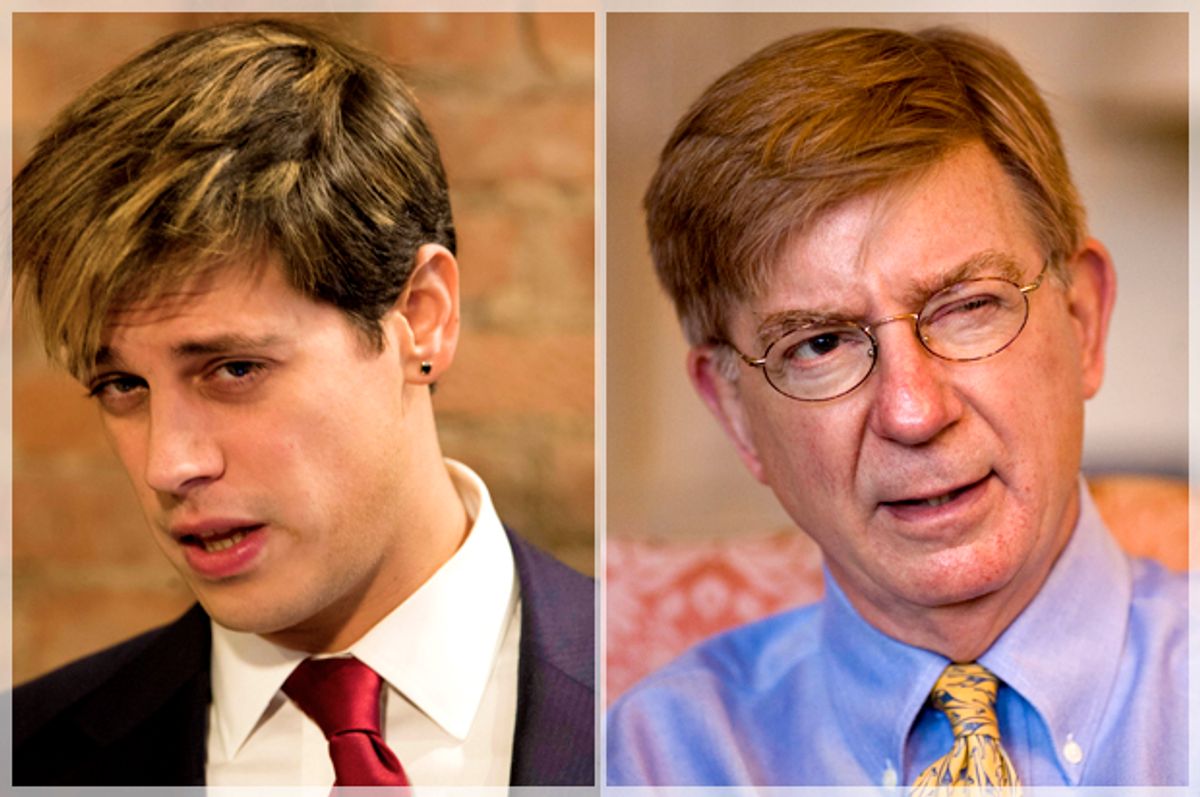 Milo Yiannopoulos, last seen being leaving his conservative media platform at Breitbart after he was disinvited to speak at the Conservative Political Action Conference earlier this year — following the surfacing of an interview in which he seemingly condoned adults having sex with minors — still plans to write and self-publish his book, a memoir about what it takes to be him. He's also planning a for-profit "troll tour, "as described by Vanity Fair, taking a $12 million investment to travel around the country and party it up while provoking the world.

In short, he's not doing so bad right now.

That's why it's really confusing to see The Daily Beast's Matt K. Lewis — an ex-Daily Caller scribe — using the Milo saga as an excuse to wield the "not-so-tolerant left" cudgel. In a piece Monday, Lewis called for conservative pundits — Milo, Ann Coulter, Charles Murray and Bret Stephens, in particular — to grant them safe spaces. Without a hint of irony, Lewis wrote:

Free inquiry and open-mindedness ― hallmarks of classically liberal universities ― have given way to safe spaces, trigger warnings, and violent protests of unpopular speech.

It’s easy to see why this is a problem for America. Tolerance and diversity were once liberal ideas; today’s “liberals” eschew these values—when it comes to anything that challenges their worldview. But this is also bad news for liberals, who are creating a generation of “snowflakes” whose ideas may melt outside the safe confines of academia.

Yet a Middlebury undergraduate nailed it on the head when she told The New York Times that free speech had some caveats when it came to conservative Charles Murray speaking on her campus:

For too long, a flawed notion of “free speech” has allowed individuals in positions of power to spread racist pseudoscience in academic institutions, dehumanizing and subjugating people of color and gender minorities. While I defend Murray’s right to speak his mind, the fact that the college provided an elevated platform for him did more harm than good. To that effect, I do not think Middlebury made sufficient avenues for students to engage with the implications of Mr. Murray’s ideas.

In completely unrelated news, George Will has a job giving his opinions on MSNBC now. He's very conservative, but has not been a fan of Donald Trump. His Fox News contract was not renewed, and on his way out, he told The Washington Post: “I think there are a number of people [at Fox] enthusiastic about the 45th president, and I’m not.”