With the show on a new network, the alum opened up about its future and what made it special in the first place 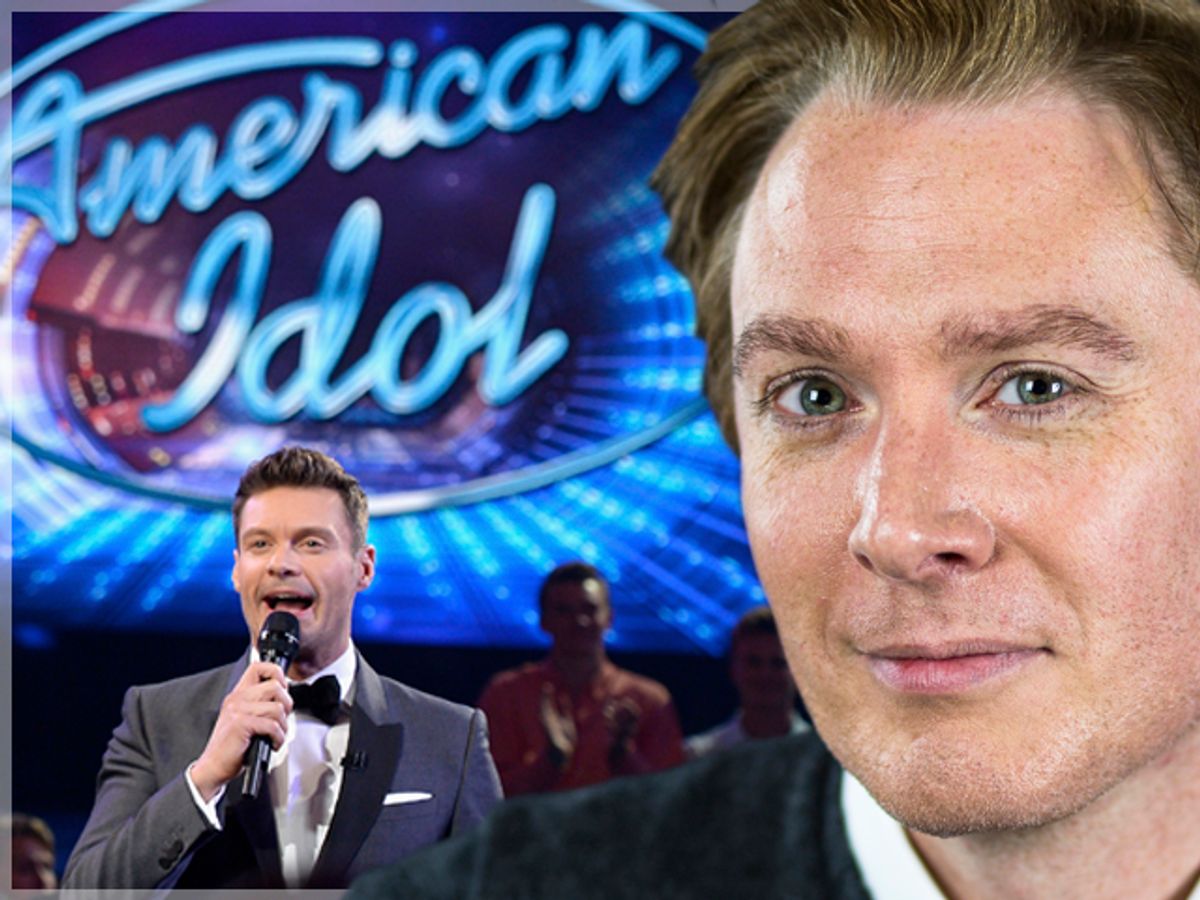 We didn’t ask for it, but we got it anyway. A little over a year after Fox aired the alleged series finale of “American Idol,” ABC announced it will resurrect the unscripted competition series as part of its 2017-2018 season lineup.

ABC made the announcement on Tuesday morning, following weeks of industry murmurs that networks were bidding for the show’s return. According to reports, both NBC and Fox were part of the bidding process, but ultimately ABC seized the prize.

The news also comes a week after former “American Idol” host Ryan Seacrest joined ABC as a co-host and co-executive producer of the network’s top-rated morning talk show “Live with Kelly and Ryan.”

Coincidentally, Salon happened to have “Idol” season 2 runner-up Clay Aiken in our New York studio and the series alum offered his thoughts on the revival to Salon editor Gabriel Bell in this exclusive video.

“To have that happen, what, a week after Ryan also signed up with ABC, was interesting,” Aiken said, “and also, strange, because he signed up with ABC to do . . . something that’s going to probably keep him from being able to do ‘Idol,’ right?”

Maybe not. As we’ve mentioned before, Seacrest probably doesn’t sleep. Whether he’s able to host the series, however, will depend on where production takes place; Seacrest is based in New York, where “Live” is produced. Previously “Idol” was based in Los Angeles.

A confirmed source with knowledge of the production said the current plan is to pick an entirely new team of judges and a fresh host. This means it's probably wise to refrain from holding your breath while waiting for the return of Simon Cowell or Randy Jackson or Paula Abdul or Keith Urban. Jennifer Lopez is busy with NBC’s “Shades of Blue” and "World of Dance" (and, we’re guessing, over it); ditto for Harry Connick Jr. Having said that, the fact that "Idol" has returned is proof that anything could happen.

“‘American Idol’ is a pop-culture staple that left the air too soon,” ABC Entertainment's president, Channing Dungey, said in a press release. “ABC is the right home to reignite the fan base. We are thrilled viewers will once again share in these inspiring stories of people realizing their dreams.”

From a business point of view, landing “Idol” is a coup for ABC, which currently sits in third place in Nielsen’s season-to-date ratings behind CBS and NBC and slightly ahead of Fox. The highest rated series on ABC is “Dancing with the Stars,” which is currently just ahead of — lo and behold — NBC’s “The Voice,” the musical competition clone widely seen as leading to the beginning of the end of “Idol.”

In its heyday, “Idol” was a ratings juggernaut, eclipsing everything that went up against it. For eight straight seasons, from 2003 to 2011, it was the top-rated series in all of television, attracting a season average of more than 31 million viewers in season 5 when the show was at the height of its powers.

That was the year Taylor Hicks, the first "Idol" winner to land a long-term residency in Las Vegas and now the co-owner of a rib joint in Alabama, beat Katharine McPhee, now starring in CBS’ “Scorpion.”

And this also speaks to one of the challenges that ABC must overcome in reviving “Idol.” The series had a Midas touch for those who rose high enough in its ranks during the first few seasons. “Idol” produced two major stars, along with McPhee and Aiken, in winners Kelly Clarkson and Carrie Underwood, and a number of superstars from its pool of runners-up, including Grammy and Oscar winner Jennifer Hudson, Chris Daughtry and Adam Lambert.

That’s more than “The Voice” can claim, although it did result in success for Danielle Bradbery, the voice of the Sochi 2014 Winter Olympics' promotional campaign, and Cassadee Pope, who landed the top spot on Billboard’s Heatseekers Songs’ chart shortly after she won in season 3.

As Aiken pointed out about NBC's competition series, “It’s about those damn chairs. It’s not about the singers. And so hopefully . . . ‘Idol’ can put the focus back on the singers and the contestants more so than on the panel.”

“The point is to allow the kids onstage to be the stars,” he added.

Fox let “Idol” go at the end of its 15-season run due to declining ratings and high production costs. The “Idol” format, however, is still a potent one with a global reach. Over the course of the show's life span, “Idol” contestants have sold more than 60 million albums, generated more than 450 Billboard chart toppers and sold more than 260 million digital downloads.

Pop quiz, though: Can you name the three most recent “Idol” winners?

Aiken, the first nonwinning "Idol" to hit No. 1 on Billboard’s Hot 100 chart, is one of the few contestants the public does remember. In his post-"Idol" career Aiken has made a number of scripted and nonscripted TV appearances, performed on Broadway in Monty Python’s “Spamalot” in 2008 and ran for Congress in North Carolina’s 2nd Congressional District in 2014. (That political effort was the focal point of a thought-provoking Esquire Network documentary series titled “The Runner-Up,” which aired in 2015.)

He and Ruben Studdard competed prior to the age of YouTube, Instagram and musical.ly, however. The ratings decline for “American Idol” accelerated as social media became a viable celebrity generator. Several music stars today launched their careers on YouTube, SoundCloud and other platforms. Halsey, a successful 22-year-old singer, might have been a perfect “Idol” candidate in years prior, but even more paths to stardom exist these days. Halsey, for instance, began posting on YouTube in 2012 and found herself performing at South by Southwest three years later.

That said, Aiken still views “Idol” as a vital force in the music industry. “YouTube means no one becomes a star on the radio anymore, right? You become a star on YouTube or on, hell some of them do it, Vine and Snapchat and whatnot. But you become a star based on that sort of visual medium,” he said.

He added, “You have to have a platform that people are going to that’s not radio. And so ‘Idol’ is able to do that, I would say. Give people that platform that they’re not going to get if they just go the regular record label route — get a deal, do your music, try to get someone to play you on the radio.”

Meanwhile Trent Harmon, the winner of season 15 on “Idol,” has yet to release his first album. During Harmon’s season, “American Idol” averaged an audience of 11.5 million in its Wednesday-night time slot and attracted 11.1 million viewers for its Thursday-night results shows. If it pulls those numbers, that’ll put the new "Idol" in the general ratings ballpark of “Dancing with the Stars” and “The Voice.”

At the same time, adding “Idol” to the ABC schedule means fewer time-slot opportunities for fresh scripted content and new creative voices. But ABC’s newest scripted series haven't exactly been burning up the ratings, either.

“Do I think they’re going to get 40 million people again? No,” Aiken said. “But they better do better than 8 million, which is kind of where they ended up.”