Paul Ryan, Sean Hannity and every other Republican is deflecting from Russia-Trump investigation 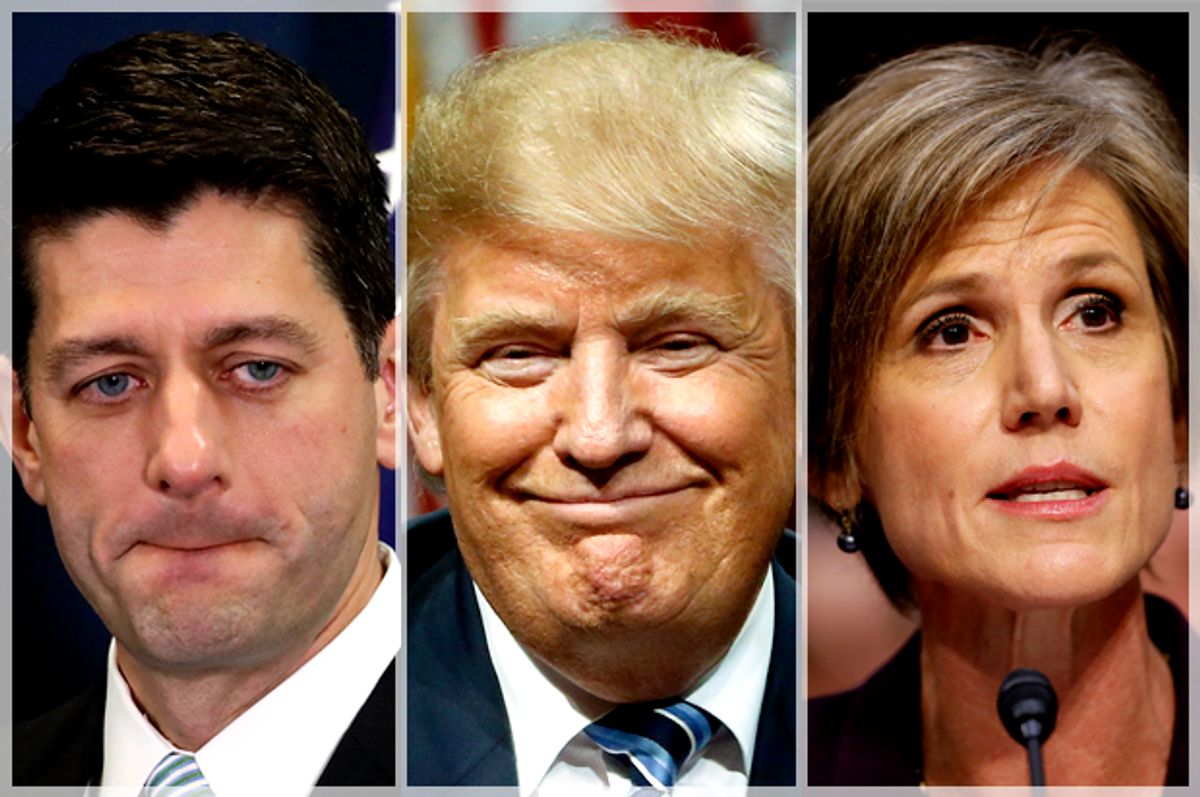 Monday's hearing proved that the Trump White House had advance notice on the risks that Flynn posed on national security. (That's ironic, considering his job in the White House was to ensure this country's safety.) Yet the Republicans in the Senate decided that the main purpose of the hearing was to find out who spilled the beans about Flynn's communication with the Russian ambassador.

After former acting Attorney General Sally Yates' testimony, Republicans and conservative media members were determined to make the hearing all about the news leaks rocking the Trump administration.

House Speaker Paul Ryan went on "Fox & Friends" on Tuesday to spin whatever he could out about yesterday's hearing and the debacle that is his health care bill.

"That is something somebody in the Obama administration decided to do and it did happen," Ryan said. "So the question of this investigation is to get to the bottom of that."

Ryan was responding to host Steve Doocy's point out that Republicans and Democrats were not on the same page at Yates' congressional hearing, as Republicans focused mostly on the issue of unmasking of U.S. citizens and the subsequent leaks of those names.

Ryan refused to even mention the other side to this investigation, which entails exploring possible collusion between the Republican presidential candidate, Donald Trump, and Russia.

"I am not going to prejudge this investigation," Ryan said. "But  it certainly looks like this was politicized."

Sean Hannity, the president's microphone to the Republican base, ramped up the rhetoric on Monday night about the state of this investigation.

"Explosive new details on a massive political scandal that has become Watergate on steroids and that is tonight's opening monologue that the mainstream media ignores," Hannity said to lead his monologue.

"A political scandal unlike anything we have now seen in American history and it should deeply concern each and every one of you, the American people, because your Fourth Amendment right to privacy is now being trampled on," he went on. "And the big question we need an answer to this evening: Did the Obama administration, under the guise of national security, target the leader of an opposition party."