Is China to blame for the global avocado shortage? 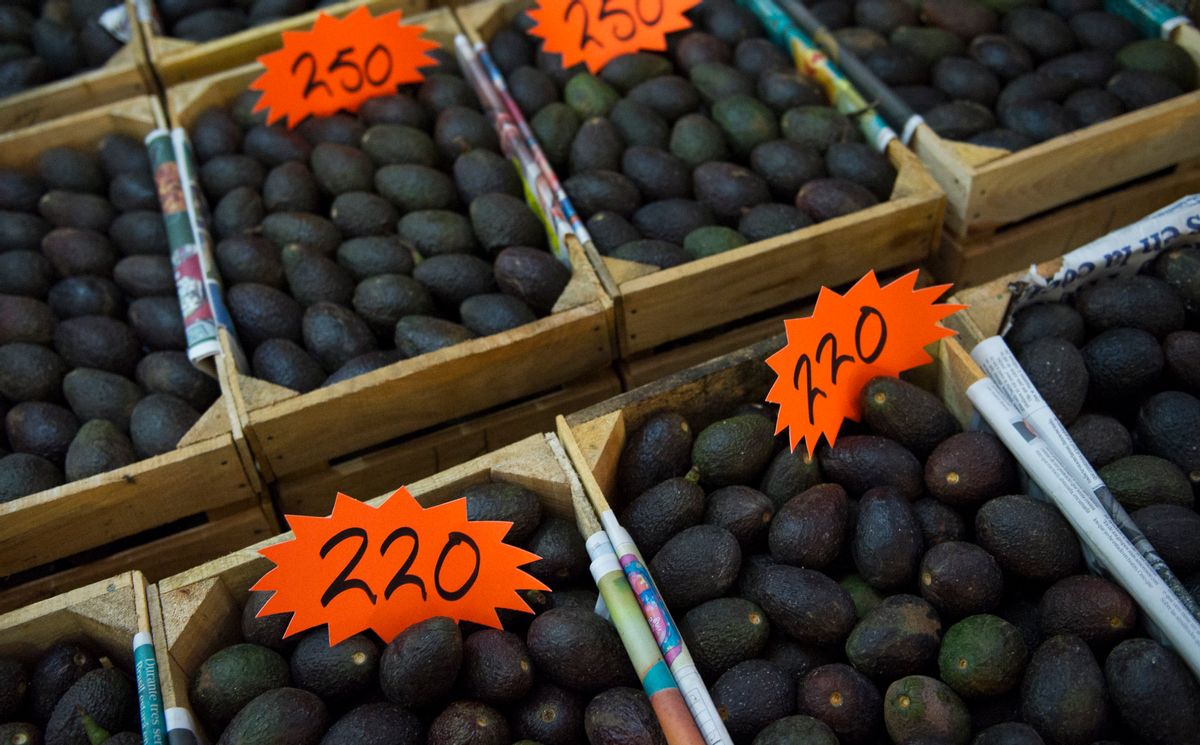 Recent media reports of an avocado shortage have hipsters and foodies horrified the world over. Prices are at a record high as a result of a classic supply and demand situation. Harvests from major producers in Mexico, Peru and California, have been poor, which has reduced supply. Meanwhile, demand has surged. And not just in the affluent West, Chinese consumers are developing an insatiable taste for them too.

The sheer number of people in China has long made the Chinese market a dream for exporters to crack. And it seems that China’s aspirational middle class has a lot in common with its Western counterparts. Especially when it comes to food fads.

I remember, as a teenager, the first time I ever heard about avocados. It was 1977 and I was watching Abigail’s Party, a Mike Leigh play on the BBC. It was a wicked and rather tragic comedy of manners, which poked fun at the insecurities of the aspirational lower middle classes.

The central character, Beverly, wanted to impress her guests by insisting that they try her avocados, olives and various other international delicacies, which were considered new and exotic at the time. The sound of romantic Demis Roussos songs on the stereo, added to the “sophisticated” ambience that Beverly thought she was creating. Upstairs, she probably also had an avocado bathroom suite. We all laughed at Beverly, even if many of us recognised something of ourselves in her attitudes and behaviour.

Abigail’s Party satirised the early symptoms of a trend that would be accelerated during the Thatcher years of the 1980s: conspicuous consumption. New and affordable luxuries made it possible for everyone to extend their self-image through what they bought and express their dreams of upward mobility. The academic Russell Belk wrote about this phenomenon in 1988 in his landmark marketing article, Possessions and the Extended Self.

Now avocados are in fashion again, but this time mainly for their supposed health benefits. Some regard it as a “super food” and it is included in various fad diets. Thousands of blogs, Facebook posts and Instagram pictures of smashed avocado on toast also diffuse around the world, sating our narcissistic desire to tell everyone how healthy we are or hope to be. Beverly could only impress a handful of guests in the 1970s. Now we can try to impress thousands. Belk has even updated his original article to consider the “extended self in a digital world”.

These displays of conspicuous consumption are just as prevalent in China, which has a rapidly growing middle class of more than 100m people. Avocados — or “butter fruit” as they are known — are also relatively new there, having only been available in exclusive outlets for a few years. So avocado demand there is being doubly driven, not only by their promised health benefits, but equally by their newness, exclusivity and symbolic, aspirational value to the burgeoning middle class.

Of course, the sheer size and potential of the Chinese market means that when their consumers get a taste for something, it can have a really big impact on supplies and prices around the rest of the world. A market that took 40 years to evolve in the West is being replicated in a fraction of the time in China.

Suppliers have tried to ramp up production to meet the demand. China itself is looking to establish its own domestic production in the south of the country. The problem is that avocados are difficult to grow, requiring deep aerated soil, warm conditions and huge amounts of water. Where new crops can be grown, this is leading to deforestation and pressure on water supplies.

So a super food it may be, but a huge increase in avocado production is not very good for the environment. If the current growth in demand proves to be a relatively short-term fad, then a lot of long-term damage will have been done to satisfy it. There are probably more sustainable ways of eating healthy food and achieving social one-upmanship.

However, as the West has led the way in creating consumer desires based on aspiration and status anxiety, it is a bit rich to then criticise the Chinese middle class consumer for doing the same. There are more things that unite us than divide us — not least a love of avocados.