A German historian recently uncovered the AP's shady past 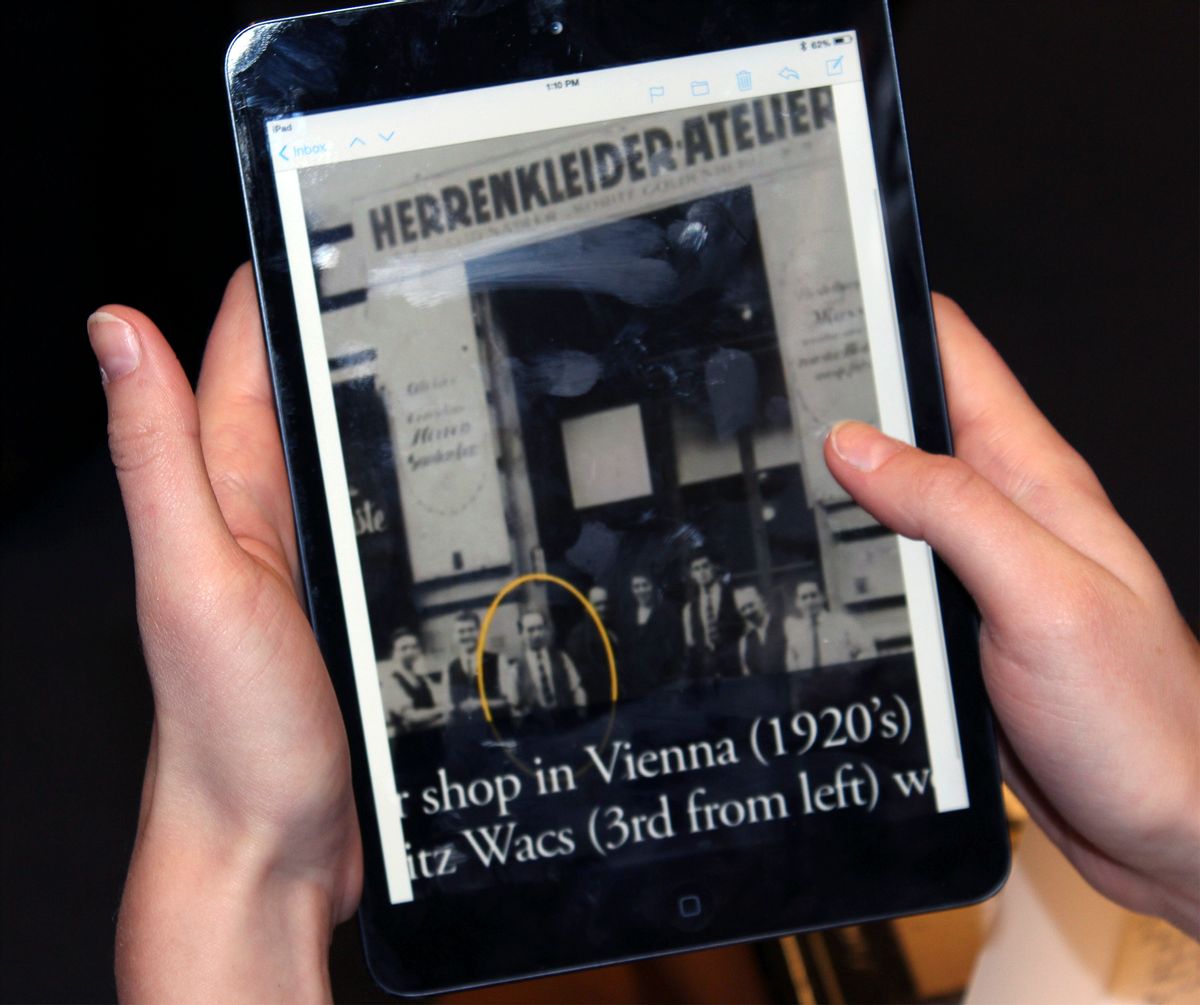 In this Jan. 27, 2014 photo provided by Jane Rohman, an image on a tablet screen at the Simon Wiesenthal Museum of Tolerance in New York, showing Moritz Wacs, circled, posing for a photo with others in Vienna, Austria in the 1920's. University of New Haven students are working on a daunting assignment: Who was the suspected Nazi who protected Wacs and his Jewish family 75 years ago from violence, and warned them to flee Austria just before World War II broke out? (AP Photo/Jane Rohman) (AP)
--

Even the Associated Press has its secrets.

A recent report, declassified by the AP itself, discloses information about the news outlet's coverage of WWII, and the role that Nazi soldiers may have had in it. According to the internal report released Wednesday, the AP made a deal to exchange photos with Nazi soldiers. The photos were run in American newspapers, without crediting their origins. In turn, AP photos were used by Nazi soldiers for Nazi propaganda.

An investigation was open into the long-secret arrangement after German historian Harriet Scharnberg published an article in March of 2016 accusing the AP of Nazi cooperation. Scharnberg's research pointed out that pictures supplied by the AP were being published in propaganda publications, such as "Der Untermensch" (The Subhuman). Scharnberg also stated that by submitting to "Schriftleitergesetz" or editors law, the AP relinquished control of the content that they released to German publications. Therefore, the AP's content fell under instruction not to print any material "calculated to weaken the strength of the Reich abroad or at home."

Scharnberg also alleged that photographers employed by the AP in Germany were actually working for the Nazis to promote the Nazi regime. The AP was reporting from Berlin from 1939 until the United States declared war on Germany in 1941.

The AP initially denied Scharnberg's claims. However, in the new report, the wire agency appears to accept some responsibility.

"We recognize that AP should have done some things differently during this period, for example protesting when AP photos were exploited by the Nazis for propaganda within Germany and refusing to employ German photographers with active political affiliations and loyalties," the report said.

Though the AP admits things could have been different, they maintain that they were never compromised and remained independent throughout the debacle. "The Associated Press is committed to gathering the news even in the most heinous environments because so much of the world depends on the AP for objective information," said AP Senior Vice President and Executive Editor Sally Buzbee. "It is essential to cover tyrannical regimes and other undemocratic movements, when possible from within the borders they control, in order to accurately relay what is happening inside. That is what we do, without compromising AP's independence or standards.