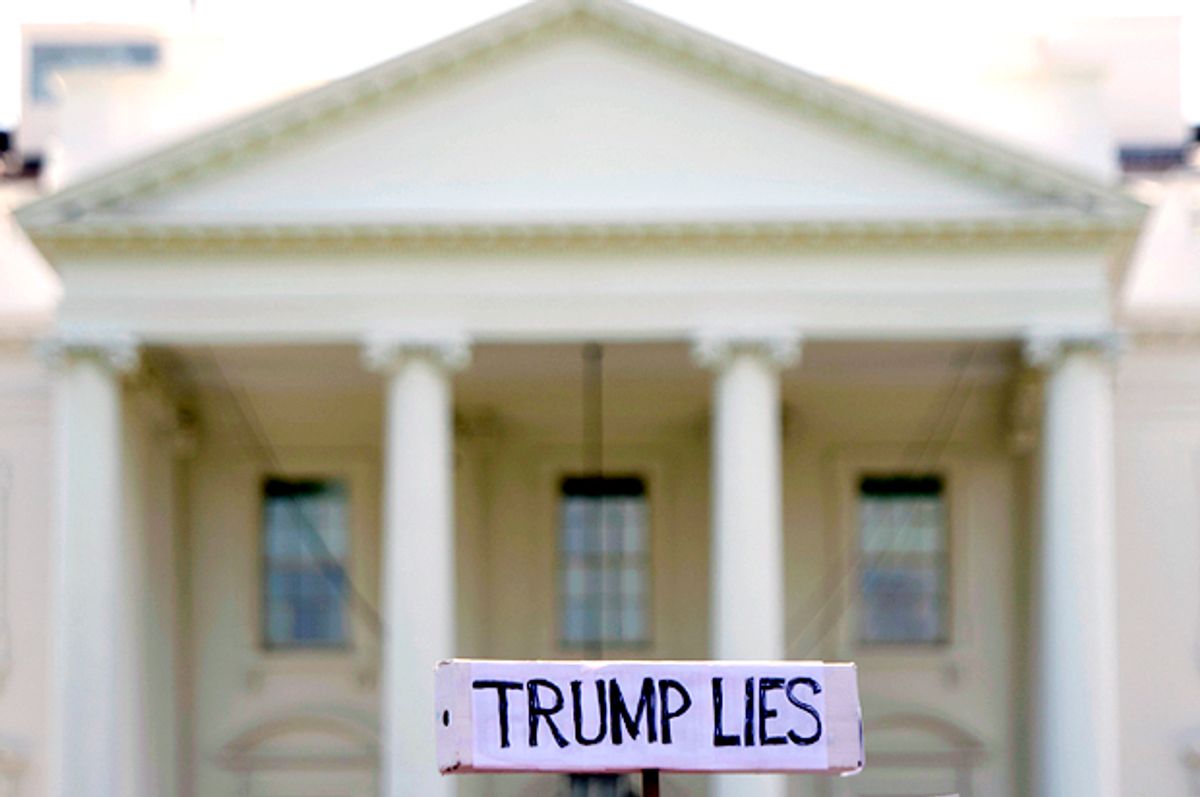 Protest after the firing of James Comey (Getty/Jim Watson)
--

While President Donald Trump appears to have been too naive to foresee that his firing of FBI Director James Comey would provoke outrage, the consequences of his action are starting to become serious as congressional Democrats are now openly talking about impeaching him.

The prospect of a president provoking such discussions less than four months into his term seems surreal but with Trump as president, anything is possible.

“We should maybe have an impeachment clock,” Rep. Mark Pocan, D-Wis., was quoted as saying on Wednesday, the day after Comey's removal. “And if we did, I think yesterday moved us about an hour closer to having that need.”

Numerous politicians have called for a special commission or prosecutor to be put in charge of investigating possible connections between the Russian Federation and Trump administration or former campaign officials.

"This doesn't look right given that we know now that the FBI is currently looking into this Russia association with the President and some of his associates," Democratic Rep. Al Green of Texas said in a Wednesday interview with KRIV, a Houston-based local television station.

Green called for an independent commission earlier in the interview.

"This is something that we have to get to bottom of and it's starting to become something akin to an impeachable offense," he said.

Given that Republicans control the House of Representatives as well as the Senate, putting Trump on trial in the House, convicting him in the Senate and then making him subject to criminal sentencing is currently an unlikely prospect. But it might become more possible if Democrats do well in the midterm elections.

That scenario was predicted by California Rep. Jared Huffman in a Friday morning tweet:

"Impeachment will happen if handful of Republicans in Congress join Dems to put country above party. Or in 2019 after Dems win the House," he wrote.

His fellow California Democrat, Rep. Maxine Waters was raising the prospect of impeaching Trump early on in his term. She reiterated that idea in a Thursday evening interview with MSNBC.

"I think he can be looked at and perhaps even charged with obstruction of justice," she said.

Senate Democrats and party leaders in both houses have been much more circumspect in their impeachment talk. One exception is Connecticut Sen. Richard Blumenthal who discussed the "i" word as a theoretical possibility in a Thursday interview with CNN.

No Republican commentators or politicians have gone anywhere close to mentioning impeachment for Trump. Several, including Arizona Sen. John McCain have called for a special counsel to be appointed to oversee the Russia investigation.