Democrats aren't hypocrites on Comey: Trump's firing of the FBI director is cause for outrage 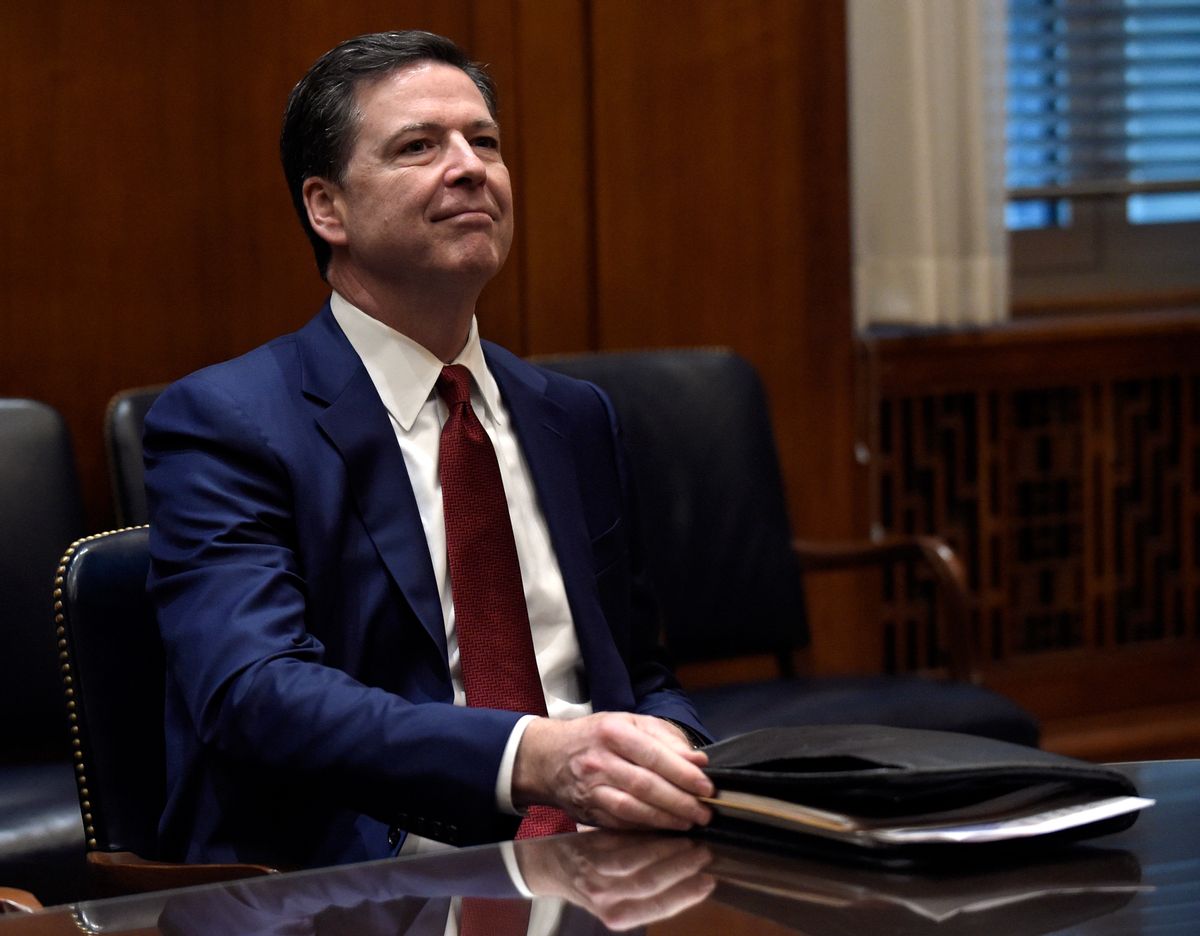 Since President Donald Trump abruptly fired FBI director James Comey on Tuesday evening, the White House and its defenders have been claiming that Trump was merely heeding the call of many Democratic politicians who had previously called for Comey's dismissal

The White House's line of reasoning goes like this: Canning Comey was actually an instance of Trump trying to sing "Kumbaya" with the opposition. This claim has been repeated by the president and his staff, as well as many right-leaning publications.

"The Democrats have said some of the worst things about James Comey, including the fact that he should be fired, but now they play so sad!" Trump tweeted on Wednesday morning.

“Frankly, I think it’s startling that Democrats aren’t celebrating this since they’ve been calling for it for so long,” she said.

But this spin is false on two different levels.

First, Trump himself has stated that he had decided to fire Comey on his own even before he received a memorandum from Deputy Attorney General Rod Rosenstein citing Comey's conduct during the FBI's investigation of former Secretary of State Hillary Clinton's unauthorized private email server. The "Kumbaya" claims are completely false on that score alone.

Secondly, Democrats, by and large, did not call for Comey to be fired before his termination.

In December 2016, in his final weeks before retirement, former Senate Minority Leader Harry Reid hastily agreed to the proposition that Comey should resign. Rep. Steve Cohen, D-Tenn., appears to be the only currently serving Democratic legislator who had called for Comey to resign before Trump fired him, which he did in a November 2016 op-ed.

Other than those two exceptions, elected Democrats have not called for Comey's resignation, though a number said they had lost trust in him after the former director drew attention to himself in the waning days of the 2016 presidential campaign. As nearly everyone remembers, less than two weeks before the election, Comey told members of Congress that the FBI was reviewing newly-discovered emails from Clinton's server. His announcement was a false alarm – those emails turned out to be duplicates of messages the agency had already reviewed.

“I do not have confidence in him any longer,” Sen. Chuck Schumer, D-N.Y., now the leader of the upper chamber's Democrats, said last year. “The FBI director has no credibility,” said Rep. Maxine Waters, D-Calif., this past January.

Whether or not they were sincere in those expressions, the reality is that congressional Democrats did not ask for Trump to fire Comey. They might not have liked him, but plenty of them appeared to be willing to give him a chance to prove his nonpartisanship by spearheading the agency's criminal and counterespionage probes of Russian government involvement in computer hacking efforts against the Clinton campaign and the Democratic Party.

But even if Democrats had called for Comey's head, such hypothetical demands would still have no bearing on the appropriateness of President Trump deciding to fire the FBI director while his agency was in the middle of overseeing the potentially explosive Russia investigation.

One would expect Republicans to jump to defend their party's president like this, but even some members of the mainstream press have bought into the Trump administration's superficial reasoning.

NBC reporter Peter Alexander, for instance, appeared to have swallowed the White House spin during a Wednesday interview with Rep. Waters.

"So she [Clinton] should have fired him, but he [Trump] shouldn't fire him," Alexander asked the congresswoman, in a highly contentious discussion during which he seemed unable to see the simple distinction.

"This is why I'm confused," Alexander said to Waters.

"No, no, you're not confused," Waters responded, dropping a subtle hint that she believed the NBC reporter was being deliberately obtuse.

The California congresswoman then explained it as simply as possible:

The president of the United States who has a history of firing people who get close to him and his allies — like [Michael] Flynn, and like Miss [Sally] Yates — he will fire them if he believes somehow they're getting too close to him in these investigations. I believe that the president of the United States should not have done this in the middle of an investigation. That's it.

That is indeed it.

Being able to distinguish relatively simple nuance is not hypocrisy. News reporters shouldn't allow such facile spin to go unchecked.