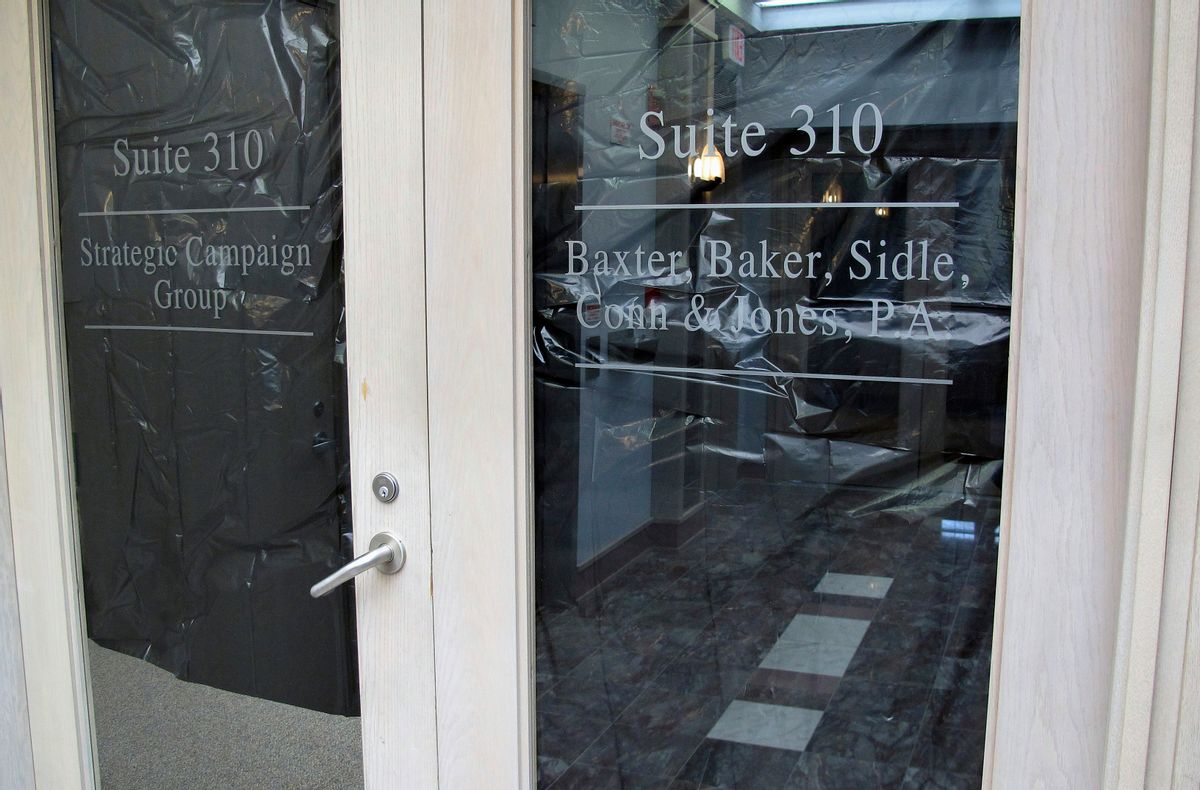 Windows in the doors of a Republican political consulting firm, Strategic Campaign Group, on Thursday, May 11, 2017 in Annapolis, Md. (AP Photo/Brian Witte)
--

FBI agents raided the offices of a Republican consulting firm in Annapolis, Maryland earlier this week. The FBI confirmed to the Associated Press that it served a search warrant on the Strategic Campaign Group, a firm that is under fire for operating so-called "scam PACs."

Rogers confirmed to reporters that his firm settled a lawsuit brought by Cuccinelli's campaign after he lost the race to Democratic opponent Terry McAuliffe, Time reported.

The 2014 lawsuit alleges that the Strategic Campaign Group's political action committee, StrikeForce PAC, raised $2.2 million the year prior, largely based on the promise to help Cuccinelli's campaign. The PAC only gave $10,000 of that money to Cuccinelli's campaign, the AP reported.

In a statement to the AP on Wednesday, Cuccinelli said that he had not interacted with federal law enforcement officials about the Strategic Campaign Group, but was "curious" to see where the case goes.

"It was my hope when we brought our lawsuit to cast light on the dark practices of scam PACs. I think we did that successfully," Cuccinelli's statement said. "Any cleaning up of these practices would be good for our political system."