But the attack ad comes from a group that relies on big-money donations, most from donors outside of Georgia. 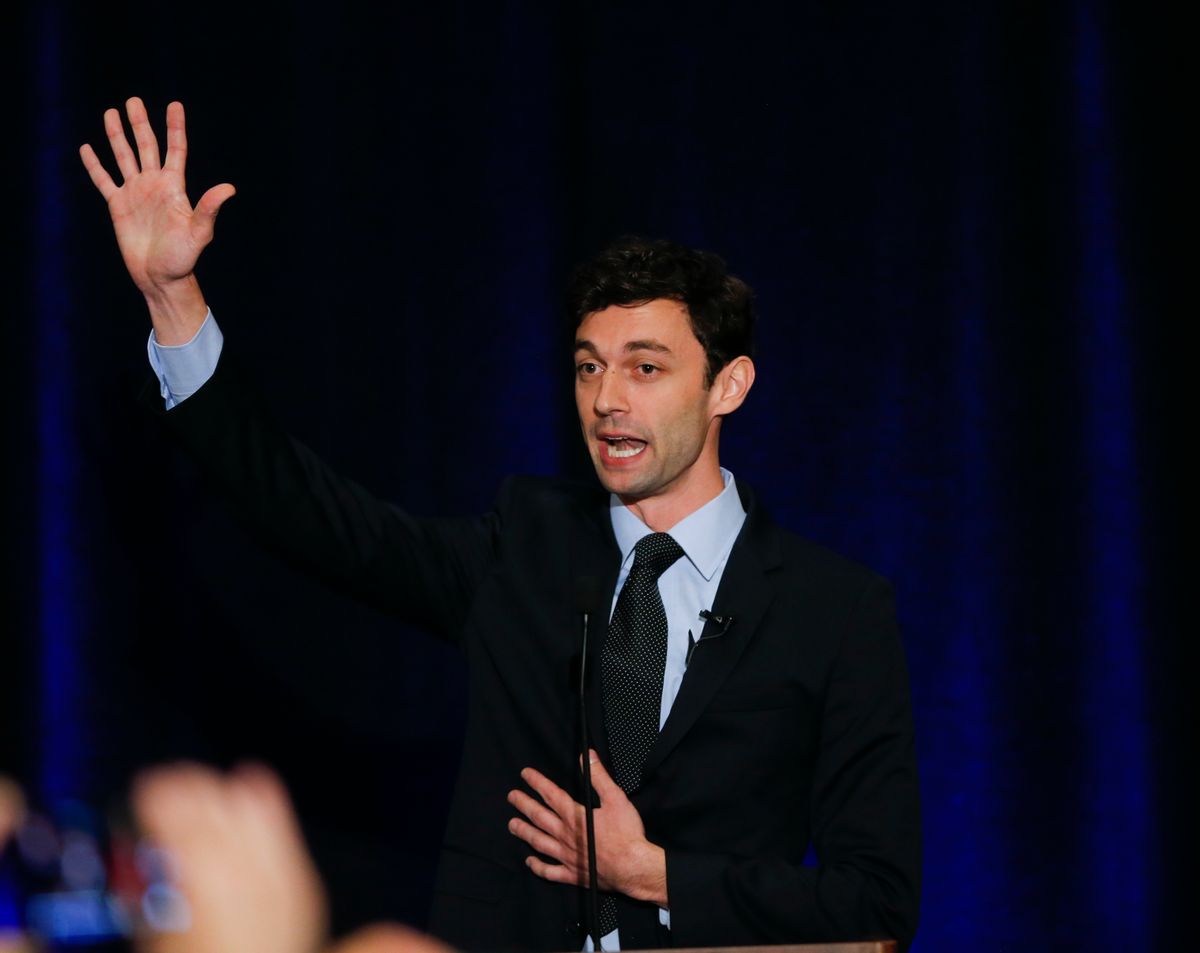 A Republican-aligned super PAC released an attack ad against Jon Ossoff, a Democrat running for an open U.S. House seat in Georgia, that hypes a media-fueled smear focusing on his out-of-state donations. But the ad comes from a group that relies on big-money donations, most from donors outside of Georgia.

The Congressional Leadership Fund released an attack ad on May 9 targeting Ossoff, who is running to fill the vacant seat in Georgia’s 6th congressional district. The ad, according to Roll Call, “draws attention to the out-of-state money that has boosted Ossoff.”

The ad echoes similar smears made by both President Donald Trump, who slammed Ossoff for raising “major outside money,” and media figures who adopted Trump’s spin and glossed over Ossoff’s primary victoryby highlighting his out-of-state donations.

But the Congressional Leadership Fund itself takes millions of dollars from major right-wing campaign donors like the Adelson family as well as dark money groups like the American Action Network. The Center for Responsibility and Ethics in Washington (CREW) pointed out that the American Action Network, an “out of state dark money” nonprofit, “contributed $3.5 million to its ‘sister’ super PAC, the Congressional Leadership Fund.” The PAC used over $2.5 million of that money, according to CREW, in an attempt to defeat Ossoff.

In the 2016 election cycle, the biggest donors to the Congressional Leadership Fund -- which The Atlanta Journal Constitution described as “a super PAC aligned with House Speaker Paul Ryan” -- included Sheldon and Miriam Adelson, who own the Las Vegas Review-Journal; Republican mega donor Paul Singer; and investor Charles Schwab. Additionally, according to the group’s pre-special election Federal Election Commission filing report, which details contributions to the PAC up until March 29, it has received only one contribution from an organization or person in the state of Georgia -- Southern Company Services, an electric and power distribution company based in Atlanta, GA, that operates “fossil fuel generating plants.” Most of the big money donations to the PAC leading up to the special election came from the American Action Network, major corporations like the oil and gas company Chevron and Geo Corrections, a for-profit prison firm based in Florida, and Republican megadonors, such as Thomas McInerney.

In addition, despite the portrait painted by the misleading ad, many of the donations in the race overall have come from outside of Georgia and have primarily gone toward opposing Ossoff. As The Center for Public Integrity noted, ahead of the April primary, Republican-aligned super PACs had spent $5.8 million dollars opposing Ossoff or about 65 percent of all non-candidate spending. In addition, “just one of [the] outside groups spending money to influence the Georgia 6th election ... is headquartered within state lines" and it supported Ossoff to the tune of $1,070 in total. The Center for Public Integrity noted that Ossoff's opponent, Karen Handle, has also taken in outside funds and that "23 percent of Republican candidate Karen Handel's big dollar contributions -- more than $200 per donor -- came from out of state sources."