One way "The Handmaid's Tale" is bleeding over into real life

Atwood's novel, and the TV show it inspired, are fueling protests across the country 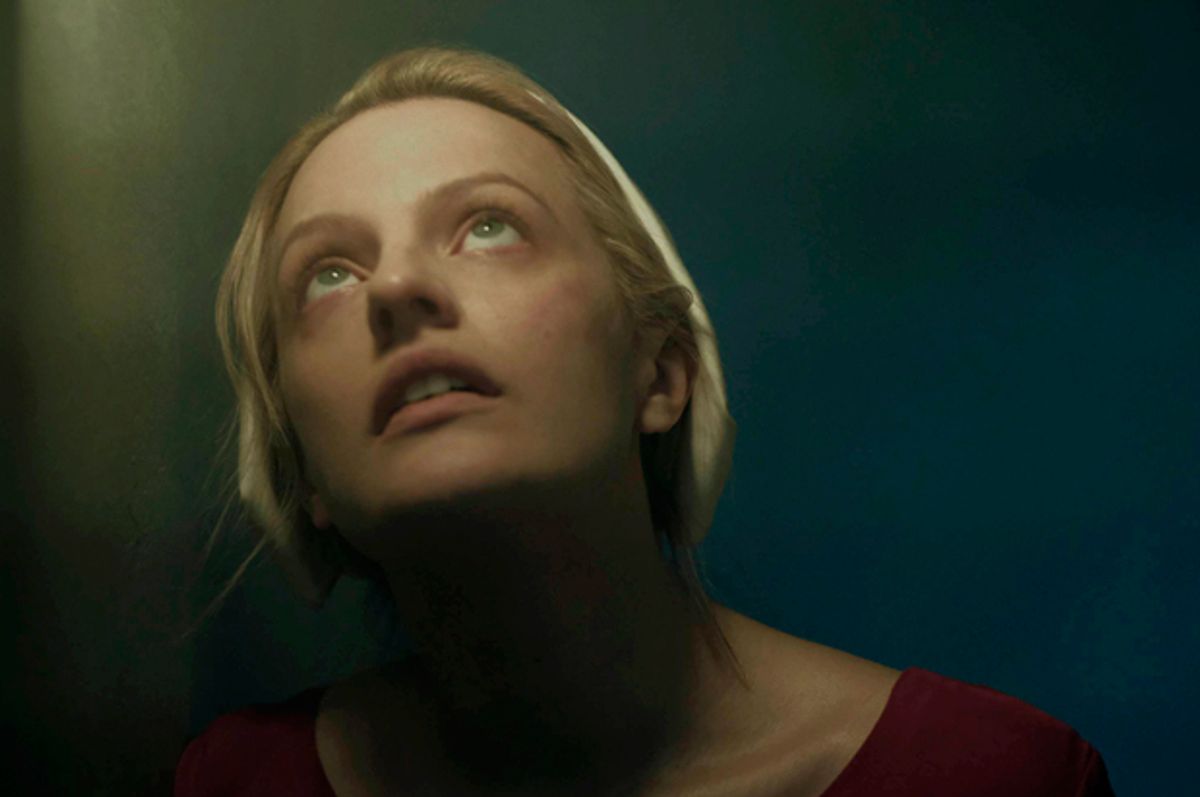 The small-screen adaptation of Margaret Atwood's 1985 dystopian novel "The Handmaids Tale" made it's Hulu debut late last month. Even at over 30 years old, the tale of a whole class of women becoming literal incubators for men in an oppressive theocratic society is proving as relevant and necessary as ever, particularly in light of recent moves made by the Republican-held White House and House of Representatives against Planned Parenthood and their male-centric revision of the list of preexisting conditions that would allow health-insurance companies to reject applicants.

Both the book and the series take place in a totalitarian near-future where a plague of infertility has forced certain still-fertile women, known as handmaids, into sexual servitude in order to produce children for the barren ruling class. These handmaids follow a strict code; they can't work, control money, read or even go by their own names lest they risk execution.

Extreme, yes — but it seems the scenario is so resonant that a number of women's rights groups across the country have staged "Handmaid's Tale"-themed pro-choice protests.

Most recently in Austin, Texas, a group of women dressed as handmaids — complete with signature red capes and white bonnets — stood silently in the rotunda of the Capitol building, holding signs depicting the history of abortion restrictions in Texas.

"24-hour waiting period," one sign read. "Forced sonograms," and "20 week ban," appeared on others — each legal restriction followed by the year it was put into place. The first sign in the timeline the placards formed read, "TX cuts medicaid $ for abortion, Rosie Jimenez dies (1977)" The last, depicting the most recent law read, "30 abortion restrictions and regulations introduced (2017)"

Organized by NARAL Pro-Choice Texas, this and other protests like have been occurring since March, when the group first flooded the Senate to protest similar abortion bills.

The protest's participants don't only dress like the oppressed characters from the show, but act like them too. NARAL encourages all participants to mirror the actions of the characters, such as walking in twos and remaining silent.

The presence of the handmaids at Senate meetings and political gatherings — especially those related to abortion rulings — ofter a sense of presence, opposition and resistance that loud protests in the street might not be able to, noted Heather Busby, executive director of NARAL Pro-Choice Texas.

"Everything that is included in that book is something human beings have done to other human beings throughout the course of history," Busby says. "That haunting, dystopian future seems to resonate quite well in this moment."