“He’s getting beat up,” Trump complained to Judge Jeanine Pirro on Friday 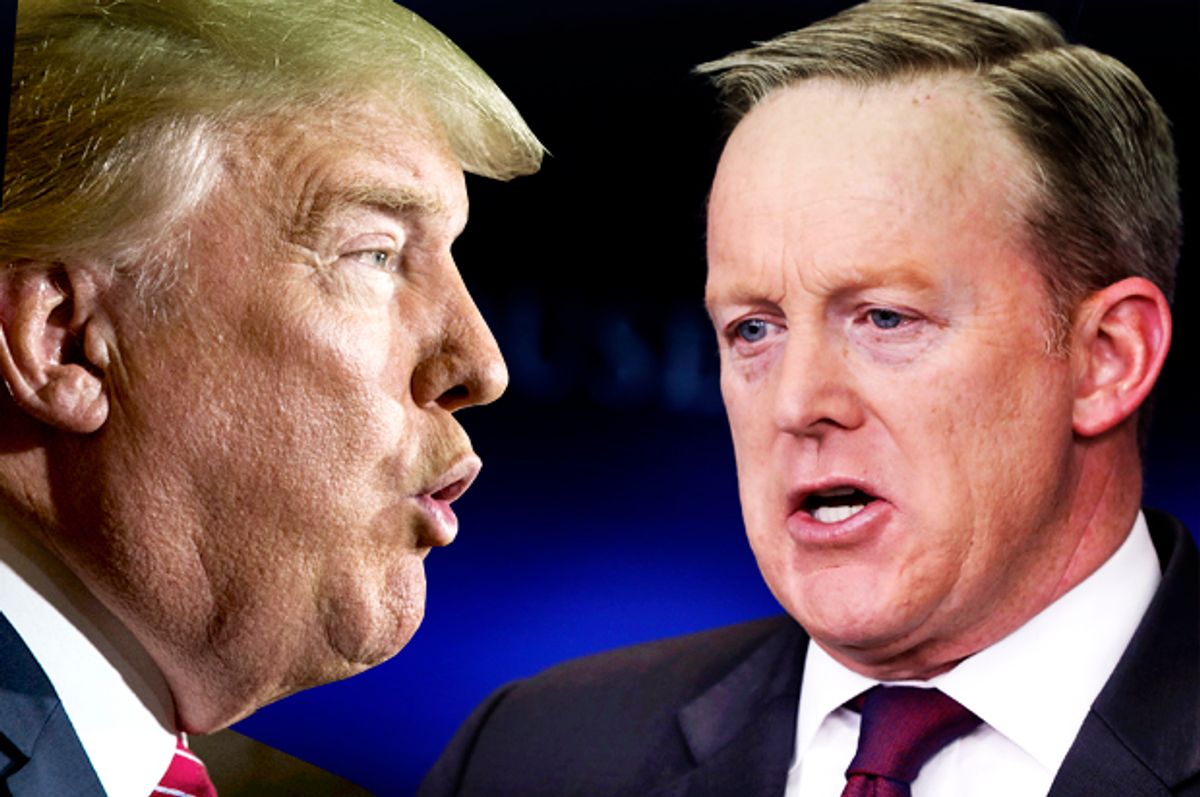 President Donald Trump may find it totally appropriate to ask appointees like former FBI Director James Comey to pledge their loyalty to the administration, but there is little indication that Trump has any allegiance to any of his top staffers.

In an interview with Fox News' Jeanine Pirro on Friday, the president complained about hostility and unfair treatment at the hands of the media. Trump told Pirro that he thinks it is a “good idea” to not have press conferences, making the suggestion for the second time in one day.

On Fox News, Trump added that he might just hold press conferences himself.

“You see the ratings. Blowing away everything on — just about, I think, everything, on daytime television. What I'd love to do is stop them," Trump said. “Unless I have them every two weeks and I do them myself, we don’t have them," he said.

"Are you moving so quickly that your communications department can't keep up with you?" Pirro asked the president. In place of the daily briefings, Trump said he would put out paper statements pushing his message, like administrations did before the dawn of television and email.

“You don’t mean that,” Pirro responded.

While Trump went on to offer praise for deputy press secretary Sarah Huckabee Sanders, who has handled press briefings during a chaotic week at the White House, he appeared frustrated with the performance of his top spokesman, Sean Spicer.

“He’s getting beat up,” Trump said of Spicer. “No, he just gets beat up by these people, and again you know they don’t show the 90 questions that they asked and answered properly. I’m saying if they’re off just a little bit, just a little bit, it’s the big story.”

Although Trump did offer that Spicer is "a wonderful human being" and "a nice man," he refused to commit to keeping on his White House press secretary.

"Will he be there tomorrow?" Pirro asked.

"He's been there since the beginning," Trump replied.

For his part, Spicer returned to the White House on Friday and ended his briefing by telling everyone, “I will see you Monday.”