Trump found a friendly audience at the evangelical Liberty University, where he trashed critics and the D.C. elite 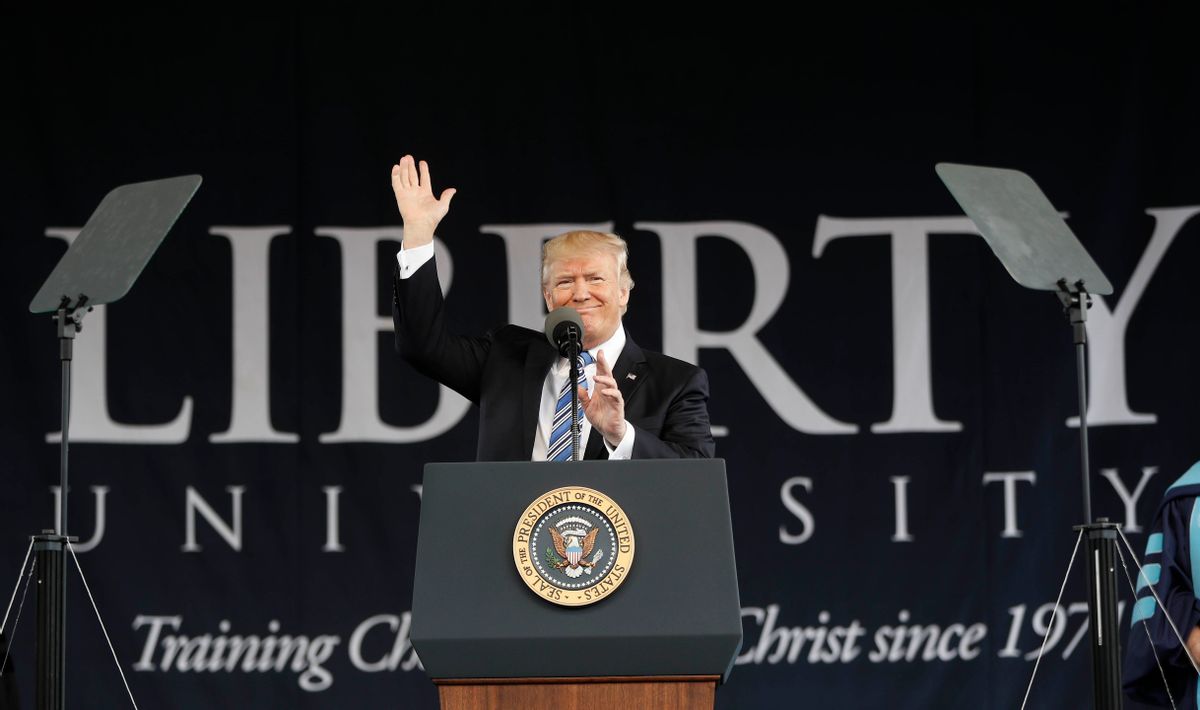 Donald Trump delivered his first commencement address as president Saturday at Liberty University in Lynchburg, Virginia. Before a record crowd of 50,000, Trump appealed to the graduates and other attendees by portraying himself as an underdog outsider fighting for the common man — a real David versus Goliath.

“In my short time in Washington, I have seen firsthand how the system is broken,” Trump told the largely-evangelical crowd. “A small group of failed voices who think they know everything and understand everyone want to tell everybody else how to live and what to do and how to think, but you aren't going to let other people tell you what you believe, especially when you know that you are right.”

Throughout the speech, the president suggested that he has been under attack by Washington insiders and a "chorus of critics."

“The fact is, no one has achieved anything significant without a chorus of critics standing on the sidelines explaining why it can't be done,” Trump said. “Nothing is easier or more pathetic than being a critic . . . The future belongs to the people who follow their heart no matter what the critics say because they truly believe in their vision.”

Understanding his audience, Trump dropped a lot of football and religious references in his speech. He gave a shout out to Hall of Fame quarterback Jim Kelly, for example, who was in the crowd for his daughter's graduation. Trump also gave resounding support to the religious right, hinting that he would be in favor of religious liberty laws.

“As long as I am your president, no one is ever going to stop you from practicing your faith or from preaching what is in your heart,” he later added.

Overall, the speech was met with support from the evangelical audience at Liberty University. The school's founder, Jerry Falwell Jr., was an early backer of Trump's bid for the presidency and helped his campaign secure 80 percent of the white evangelical vote, the Associated Press reported.

‘‘I really don’t think any other president has done more for evangelicals and the faith community in four months than President Trump has,’’ Falwell recently told the AP in an interview.