The giant open-pit project will dig up 90,000 tons of ore daily, producing 1.25 billion tons of waste 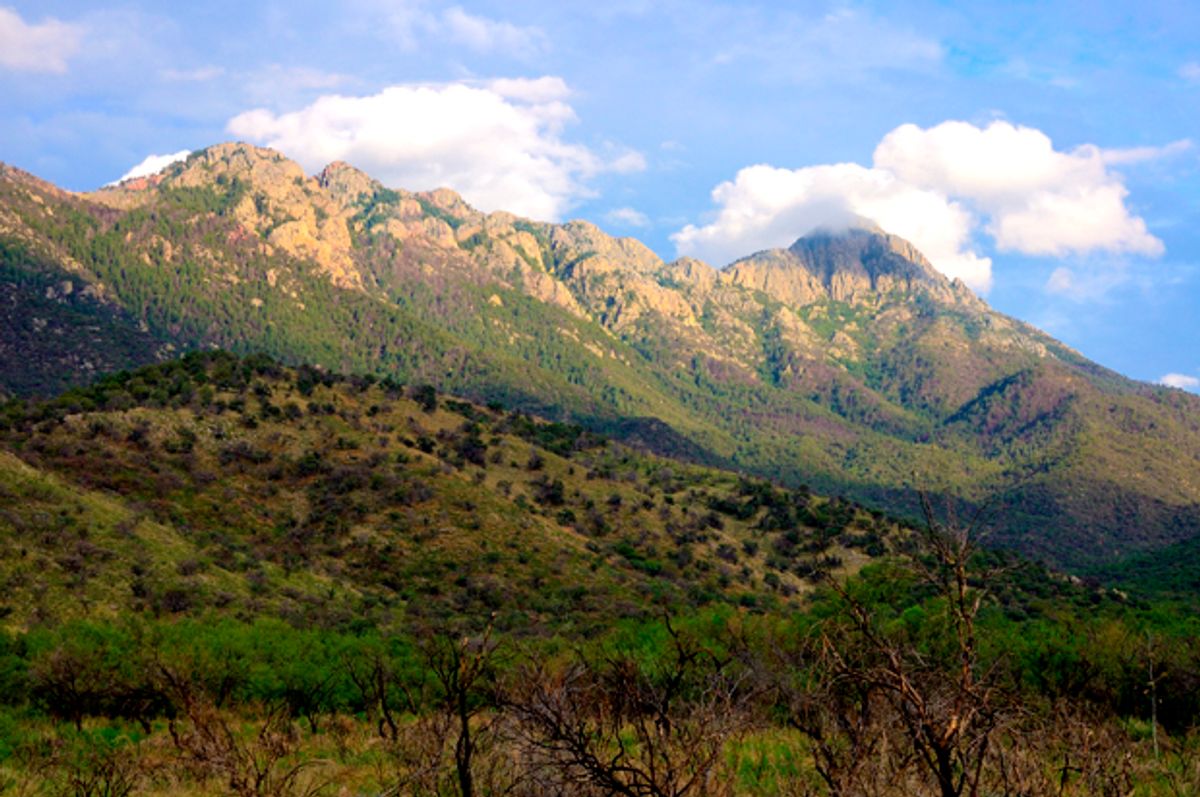 The U.S. Forest Service is poised to sign one of the two federal permits needed for a giant, mile-wide open-pit copper mine in Arizona. The announcement for what would be the third-largest copper mine in the county, if approved, was quietly published Monday in the Federal Register.

The developer of the controversial project (here's the final environmental impact statement on the Rosemont mine) has been represented in Washington by David Bernhardt, the former lobbyist who has been nominated for the No. 2 spot at the Interior Department. Bernhardt briefly headed the transition team for Trump’s Interior.

“No rational analysis could lead the stewards of our public lands to conclude that this devastating project is acceptable,” said Randy Serraglio, conservation advocate with the Center for Biological Diversity. “This decision is motivated by politics and corruption.”

Bernhardt lobbied for the proposed Rosemont copper mine in the 1.78-million-acre Coronado National Forest from 2011 through 2015. He remained a consultant for the project. Rosemont Copper Co. paid about $1.8 million in lobbying fees from 2011 to 2016 to a Denver law firm, Brownstein Hyatt Farber Schreck, where Bernhardt is a shareholder.

Rosemont Copper Co. paid Bernhardt more than $5,000 for legal services, according to his ethics disclosure form. The exact amount was not released. Bernhardt is expected to be questioned by the U.S. Senate about possible conflicts of interest such as Rosemont. The Interior Department doesn’t oversee the Forest Service, which is part of the Department of Agriculture.

The Federal Register announcement said a “Record of Decision” is expected to be signed in early June.

Hudbay Minerals Inc., the Canadian firm behind the project, said that the permit is one of two federal permits needed for the project. The other is a Clean Water Act permit that the U.S. Army Corps of Engineers previously recommended be denied. The reviewers said the mine would “cause or contribute to” violations of Arizona water quality standards.

Hudbay CEO Alan Hair told analysts in February that he expected the company would receive the permits “in due course.”

The proposed mine is in the Santa Rita mountains of southern Arizona, where the nation’s only wild jaguar lives. Another endangered large cat, the ocelot, has also been photographed nearby.

Hudbay plans to mine up to 90,000 tons of ore a day over the estimated 19-year life of the mine and produce 1.25 billion tons of waste rock and mine tailings. A feasibility study in March said the company has found other ore deposits nearby that it could also mine.

The company operated a copper smelter in Manitoba that was one of Canada’s worst air polluters.

This story originally appeared on DCReport.