A rapper, speechwriter, congressman, actress and pundit sat down with Maher to talk about the new U.S. government 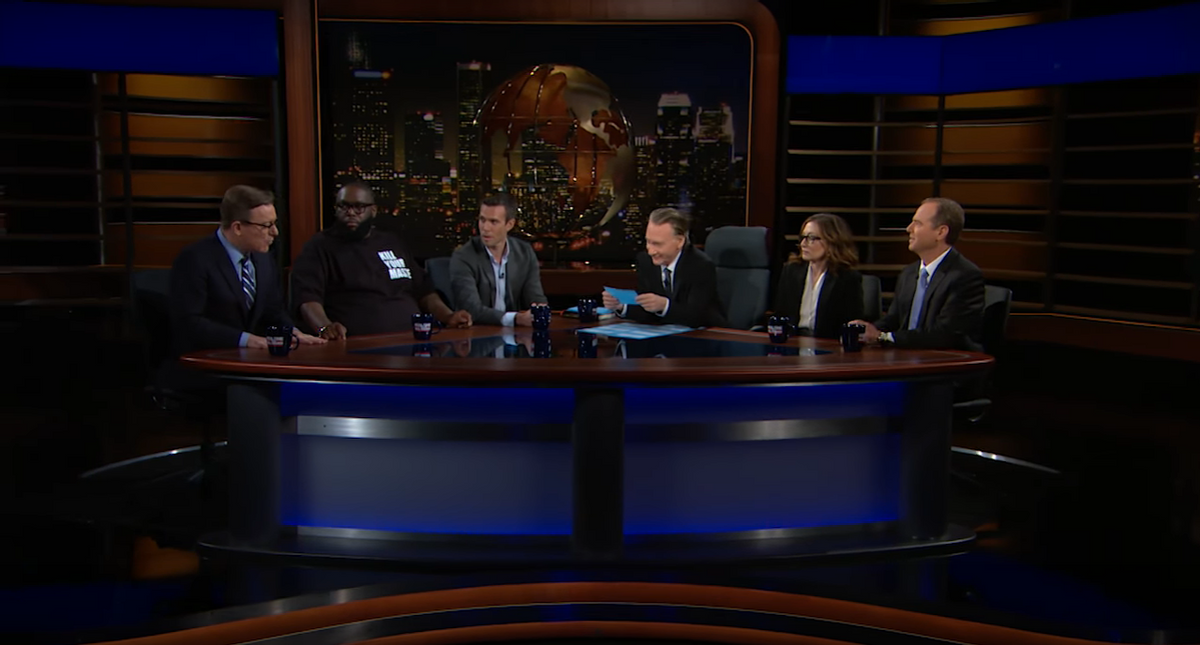 Per usual, Bill Maher had an eclectic panel of guests on "Real Time" Friday night to discuss the political happenings in the country. But this week, the panel was left to deliberate some sobering topics, as the president of the United States continued to flout democratic norms.

Rapper Killer Mike, speechwriter and podcast host Jon Favreau, congressman Adam Schiff, actress Annabelle Gurwitch and libertarian blogger Matt Welch all had some choice words for the president and his administration. The panelists were also mostly in agreement that Republicans have failed to establish a nonpartisan, independent investigation into the Trump campaign's ties to Russia.

Killer Mike was left wondering if the U.S. was too broken to ever be repaired.

"Ever since I was a kid, we projected ourselves as the absolute leader of the free world," Mike said. "It was hard for me to accept Russia had anything to do with our election, based on the fact that I witnessed Reagan taking down Gorbachev WWE style. And I saw Rocky beat the shit out of the Russian. So, in my mind, after 'Red October,' we had won that and we had moved on and then we just had to worry about fucking terrorists."

"There should be outrage," he aded.

Schiff noted that Trump has also been introducing the White House to some monarch-like behavior. His daughter Ivanka Trump recently attained a role in the administration, even though she still has conflicts of interests.

"It strikes me as in a lot of countries where there's a monarchy, the graft goes through the princelings, all the graph goes through the children of the king," Schiff said. "And, here, Ivanka's brand gets these trademarks she's always wanted. Does anyone imagine for a millisecond that if Trump hadn't decided to reject his early impulse and adhere to the 'One China policy' that the Ivanka Trump brand would have gotten those trademarks? Not in a million years."

"And here's the real risk that we become just like these other countries where the graphs go through the kids," Schiff said.

Watch the full panel discussion above.