WATCH: What you need to know to survive in "the United States of Russia" 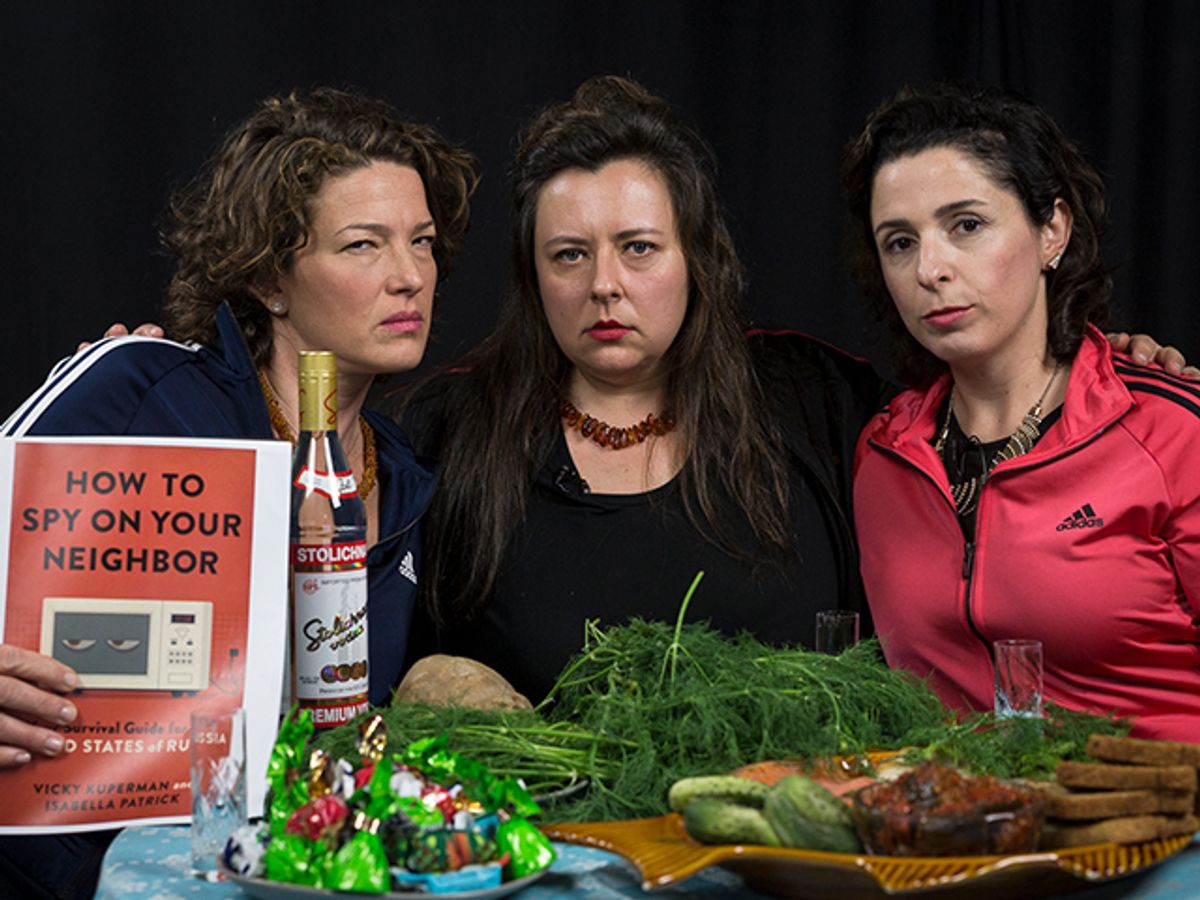 Authors Vicky Kuperman and Isabella Patrick, who wrote the recently released humor book “How to Spy On Your Neighbor: Your Survival Guide for the United States of Russia,” suggest that since last November 8, America has started on a new path towards becoming the "United States of Russia."

Just after the presidential election, the two lifelong friends, who came to the U.S. from Russia when they were children and both settled in Boston, realized they had similar ideas about the need for a relevant book. "Isabelle suggested we make a web series called 'How to Be Russian,' and I had just pitched a book that was called 'How to be Russian,' which would be humorous," said Kuperman. "A book publisher friend told us, 'You have to do this right now. This is going to be big.'" So, Kuperman and Patrick began to collaborate.

One staple of Russian culture is the potato, one of the most versatile elements of the diet.

"Russia is a huge country with a lot of resources, it just somehow doesn't make its way to the people," said Kuperman. "A potato can be food, it can be vodka, it can be a weapon, it can be stamp, it can be a soccer ball."