Filmmakers unpack Roger Stone on Netflix: Is he "the sinister Forrest Gump of American politics"?

Dylan Bank, Daniel DiMauro found Stone had a lot of schemes going; one of them was "running Trump for president" 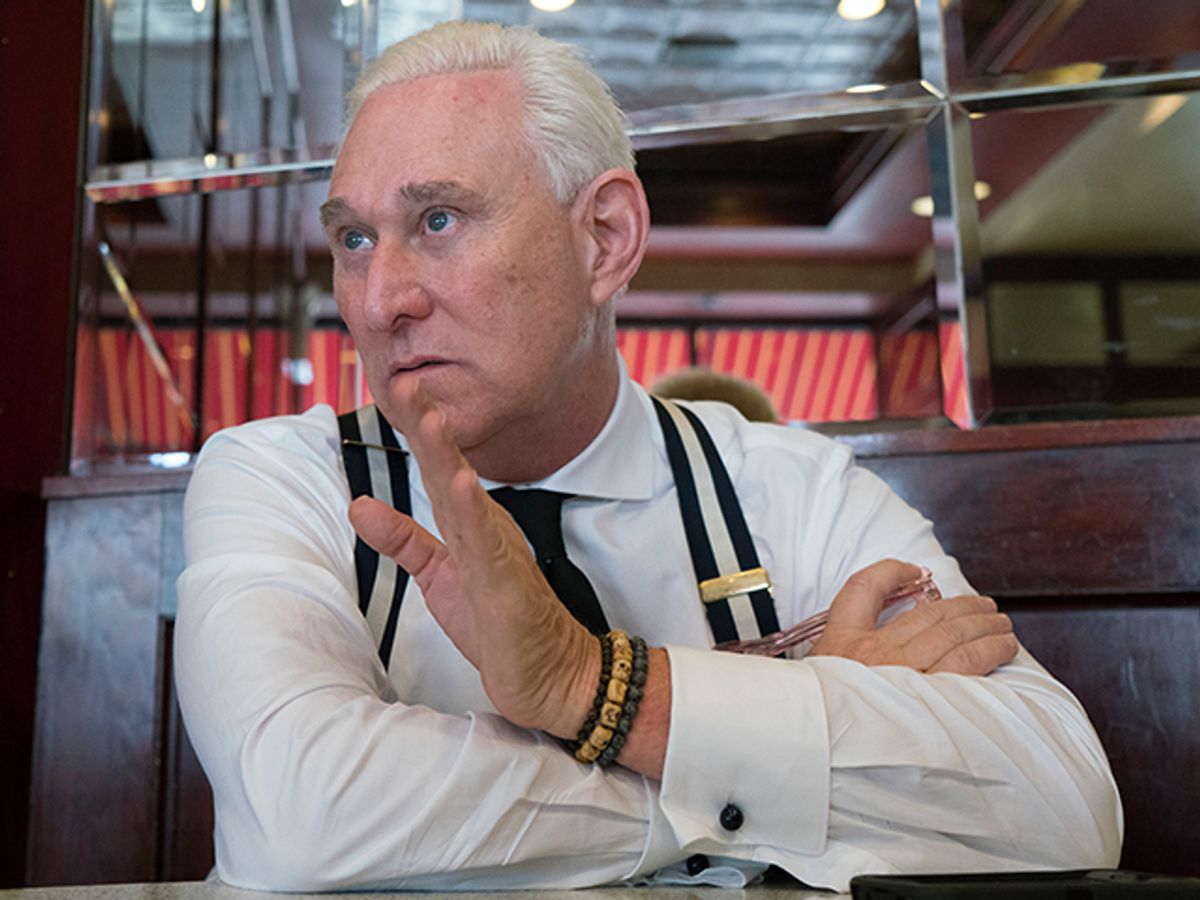 When DiMauro and Bank joined Salon Talks to discuss their new Netflix documentary, "Get Me Roger Stone," I asked how they had arrived at the longtime political operative as their focus.

“He’s been involved in Republican politics for 40 years," DiMauro said. "What really drew us to Roger as a subject is that he embraces infamy, and that’s what kind of makes him unique in politics. A lot of times, both sides are doing a lot of dirty things in politics, but they like to paper over their misdeeds and pretend they’re virtuous." Nonetheless, he said, "Roger's the type of person that embraces that image of kind of being the dirty trickster, the guy behind the scenes that’s doing all the dirty things, the sinister Forrest Gump of American politics.”

Often what’s dramatic for America is great for documentary filmmakers, Bank observed. "When we started the film, it was in many ways about a washed-up dirty trickster looking for his next big score, and he was the guy sitting in the backroom telling the story about how he had affected politics."

Added Bank: "We really found out it was true. He had a lot of schemes going, and one of them was running Trump for president, and that was not necessarily one of the ones that we took the most seriously.”

"Of course, Roger doesn’t often call them dirty tricks, he calls them political civic actions, but they’re as old as Jefferson versus  Adams, our first real, dirty election back in the day,” Bank said.

Stone has been one to think ahead, according to Bank: “Certainly, Roger was very far ahead of his time and being the first person to say to Trump in '87, 'You should run for president and here’s how. '"

Did the filmmakers worry about glamorizing someone like Stone? After all, he is a person who relishes the idea of misinformation and conflict — and serves as the documentary's narrator.

“As filmmakers, we do take you into that excitement and energy that in many ways drives him and has helped changed American history," Bank said. "Roger is such a charismatic character that it’s easy to be seduced by him.

Said Bank: We try to walk the line between showing you Roger and explaining how someone like that can come about, how perhaps you can be like that if you walked in his shoes, and at the same time, not having it be an advertisement for him, but a very journalistic exposé.”